India has emerged as the leading country for renewable deals outside the United States since 2015.

While deals to renewable energy startups have fluctuated over the years, the push for these technologies has become global, with the share of deals outside the United States reaching 41% in 2016, compared to 34% in 2015, and less than 30% in the years prior.

Our analysis includes residential, commercial, and utility-scale renewable projects, as well as renewable-powered consumer products. It includes only equity deals and convertible notes, and excludes debt. 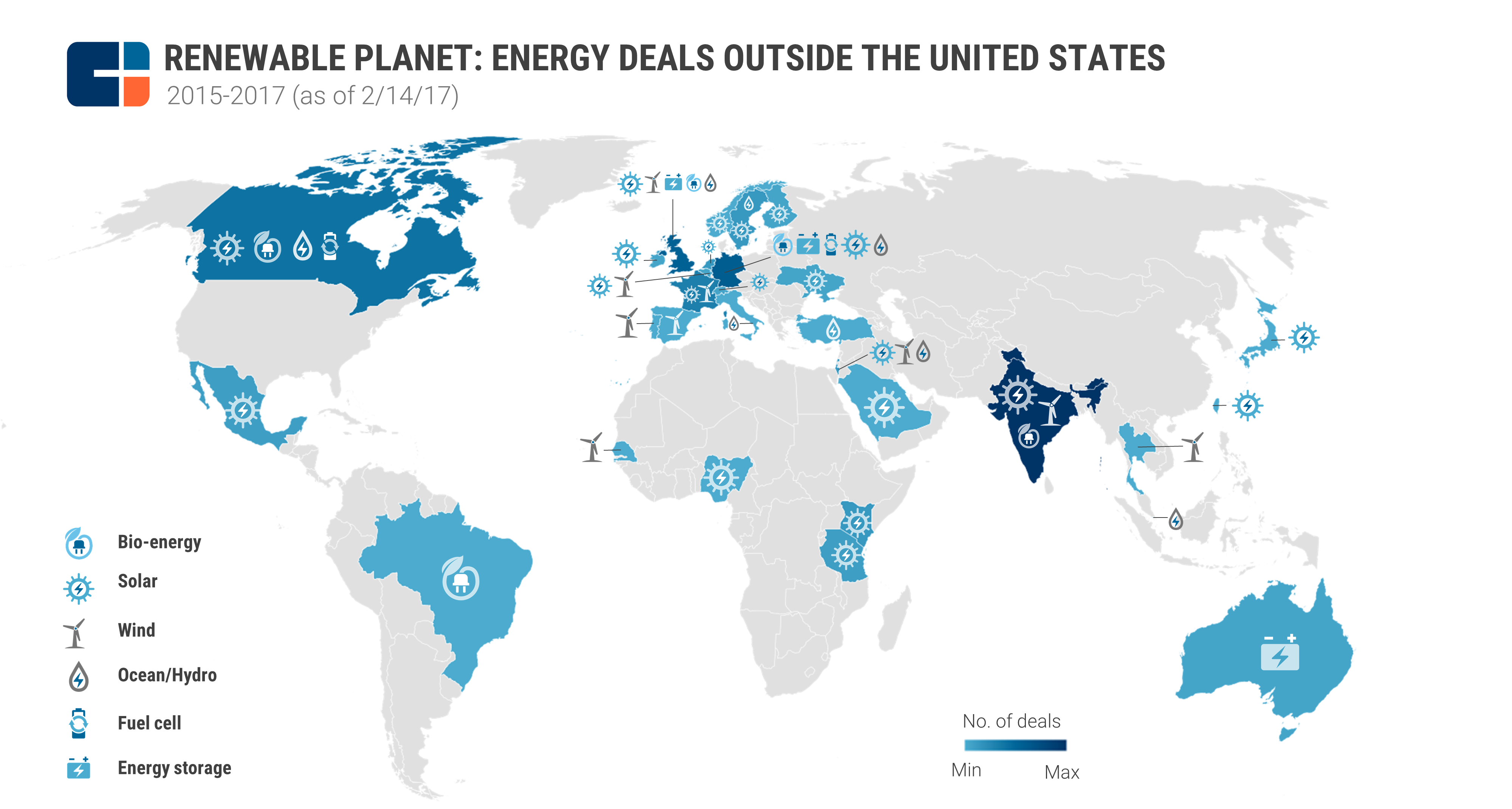 Asia:  Since 2015, India has emerged as the leading country for renewable deals outside the US, accounting for nearly 8% of global deal share. India received 21 deals to solar and wind companies, and 2 deals in bio-energy. More recently, ReNew Power received $200M from Japan-based JERA. The country now operates the world’s largest solar power plant.

Africa: Solar deals went to countries like Tanzania, Kenya, and Nigeria, mainly for off-grid solar solutions that allow small businesses and families to generate electricity without connecting to a regional utility provider. Tanzania-based Off-Grid Electric raised $25M in Series C in Q4’15 and an additional $10M in Series D in Q3’16. M-KOPA Solar in Kenya raised 3 deals since 2015, amounting to over $29M in equity funds.

Europe: The UK and Germany dominated in Europe, receiving 4.6% of global deal share each. UK-based wind energy company Lekela Power raised $250M from the Overseas Private Investment Corporation in Q3’16. The top round in Germany was an $85M Series D round raised by energy storage startup Sonnen, from investors including GE Ventures and Envision Energy.

Companies in France raised deals mainly in in the solar and wind sector, with the exception of Glowee, a seed-stage synthetic biology startup using bioluminescence in bacteria for lighting solutions. Glowee, which falls into our “other” category, is not categorized on our map.

The table below highlights 92 companies outside the United States that have raised equity funds since 2015.