Deals to regtech startups hit a record of 102 deals in 2016. It is the first time deal total hit triple digits in the last 5 years, despite a slight dip in total funding.

Companies tasked with complying with a wide array of existing and new regulations are using regtech startups’ technology to simplify and streamline compliance, risk management, reporting, data management, and more. 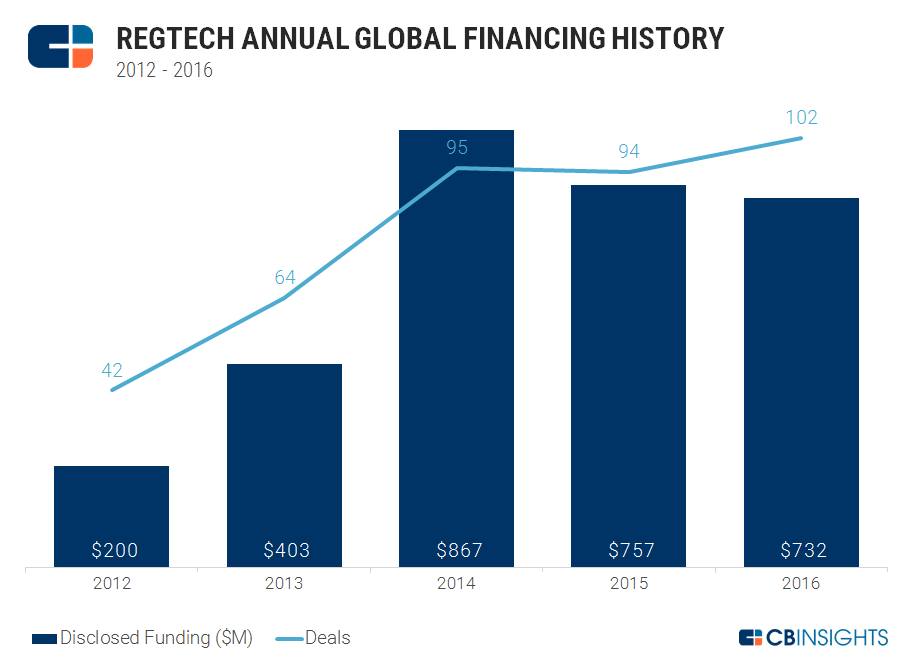 On a quarterly basis, deals and funding peaked in Q3’15 with 32 deals across approximately $386M. This spike in funding was partially due to a $122M Private Equity investment to Intelex Technologies in a round that included HarbourVest Partners and JMI Equity. Intelex Technologies provides Environment, Health, and Safety (EHS) software that helps companies comply with industry specific quality standards.

Deals spiked again in Q1’16 with 30 deals, following a sharp decline in Q4’15 which saw only 16 deals. Deals ended 2016 slightly down with 23 deals, but was enough to push total deals for the year to a record annual high.

In addition to the deals to Capital Confirmation and Prevalent, mentioned above, other top deals in 2016 went to information security software providers Druva and LogRhythm and to tax management software provider Avalara. 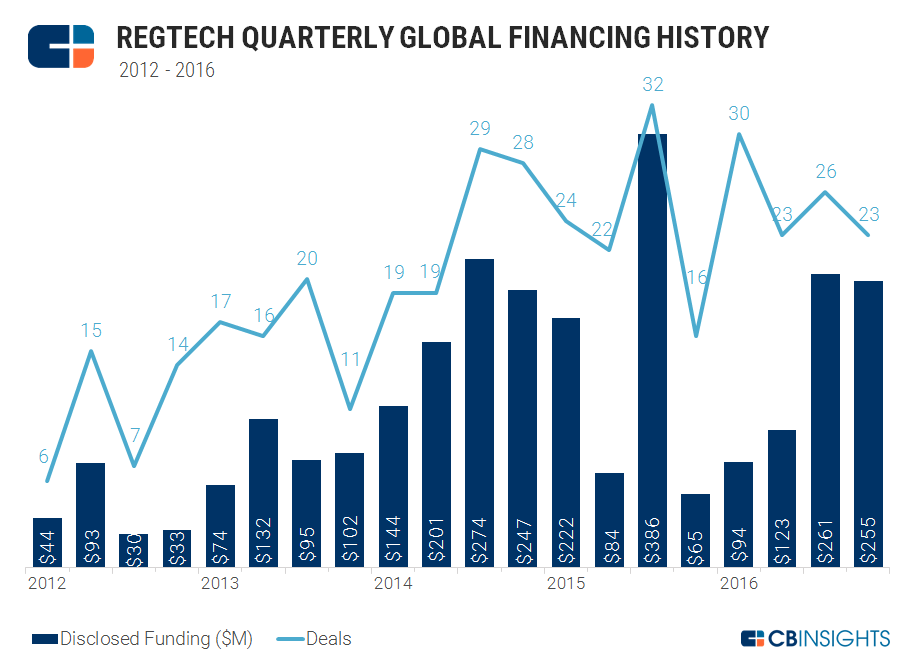