The US claimed 78% of deals to regtech startups spanning 17+ states. The UK is a distant second.

Companies around the world are tasked with complying with a wide array of existing and new regulations and are worried their existing technology can’t keep up. This concern has helped set the stage for the surge in regtech investments in the US and around the world. Companies are turning to regtech startups’ technology to simplify and streamline compliance, risk management, reporting, data management, and more.

We used CB Insights database to analyze regtech startups that have raised equity funding from 2012-2017 YTD through 02/14/17 and identified geographic trends within regtech.

There have been deals to regtech companies in 18 countries between 2012-2017 YTD. The US was the dominant country for regtech startup financing during that time period by far, accounting for 78% of deals. Looking beyond the US, the UK accounts for 9% of deals during the period, and Canada came in third with 3%.

The top US deal went to Avalara, a tax management software provider that helps address compliance with tax codes and reporting requirements. Avalara raised $100M in private equity funding from Warburg Pincus in Q4’14. Avalara is also the most well-funded regtech startup overall with approximately $253M in total equity funding. 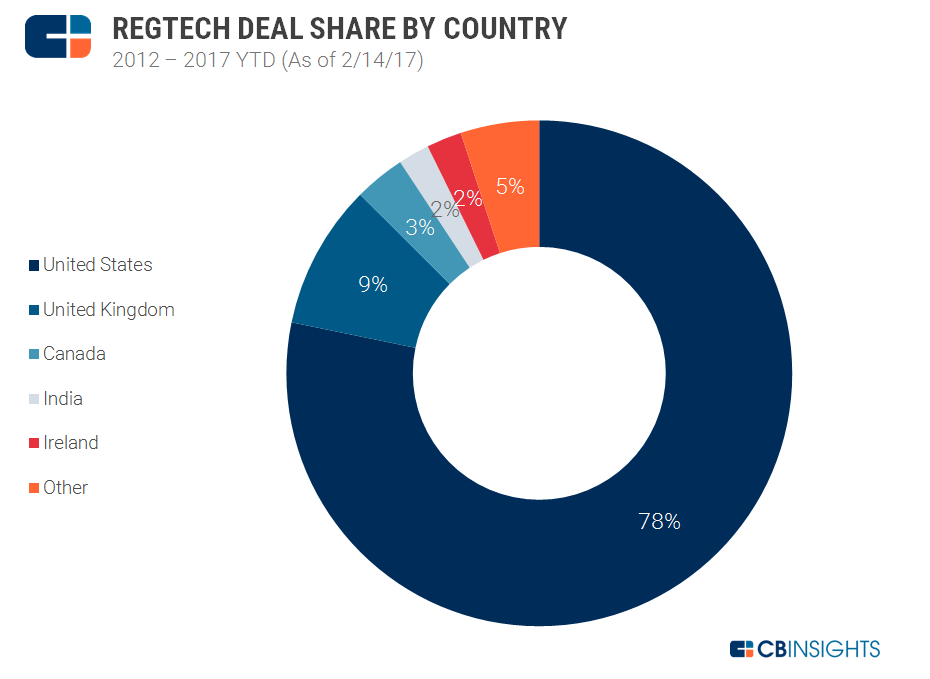 Deals in the US by state

If we drill into regtech companies in the US by state, we can see that there have been regtech deals to companies based in more than 17 states. This is a notably diffused geography of deals for such a nascent industry. There is a surprising amount of activity outside California and New York. In fact, the top three US deals all occurred outside New York and California. The top US deal occurred in Washington and went to Avalara mentioned above. 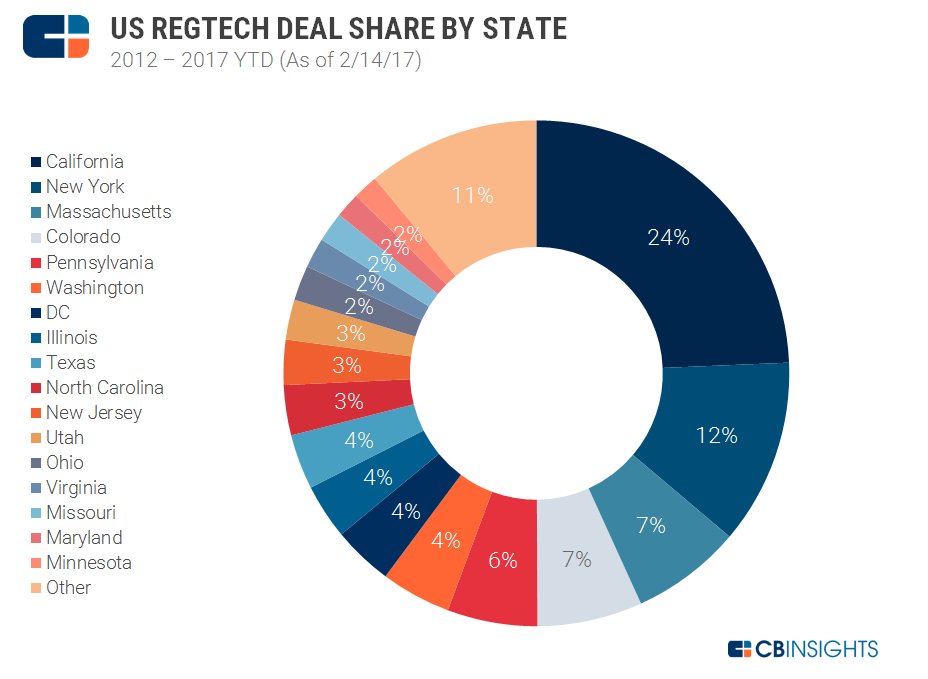 Deals outside of the US

Removing the US from the data, we can see that the UK leads with 42% of deal share outside the US. Canada came in second with 15% and in third was Ireland with 10% of deals.

In the UK, the top deal went to Onfido, an identity authentication platform that leverages machine-learning technology to run background checks. Onfido raised a $25M Series B investment that included CrunchFund, IDInvest Partners, and Wellington Partners in Q2’16.

The top deal in Canada was also the top deal overall and went to Intelex Technologies, mentioned above. 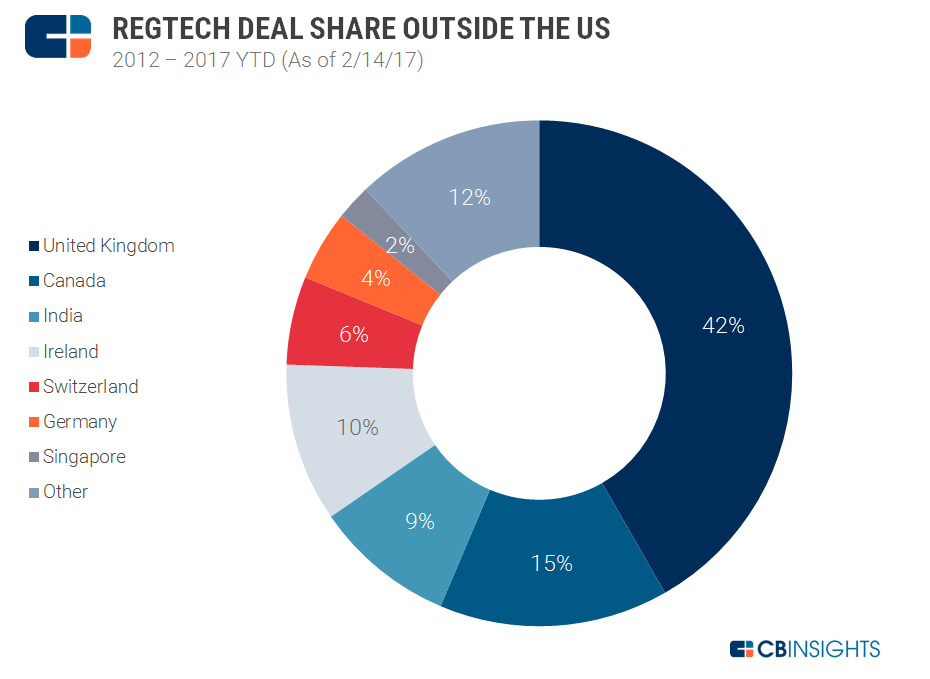