Last year was a record for exits in the regtech category, with 30 total M&As and IPOs. Exits in regtech have been on the rise over the past 5 years.

The steady pace of exit activity is unsurprising given the surge in deals and funding in the category. On a yearly basis, deal activity in regtech took off in 2014, remained strong in 2015, and broke 100+ deals in 2016.

In 2016 there were 30 regtech exits, including 29 M&A transactions and 1 IPO. The most well-funded regtech startup with disclosed funding that has exited since 2012 is Reval. Reval is a liquidity risk management platform that was acquired by ION Investment Group in Q4’16 and raised $86.9M in total funding.

Increasing exit activity over the last few years is unsurprising given how overall deal activity in the category has picked up in the last five years. 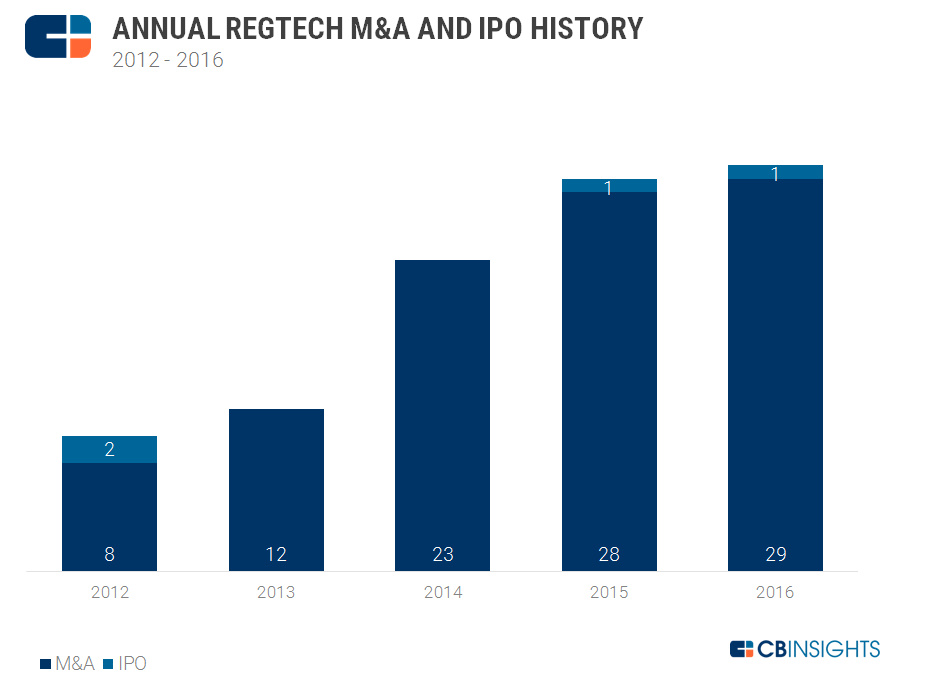 To analyze the timeline of exits and investors in the sector, we used CB Insights data to plot each startup’s respective exit since 2016 – 2017 through 02/14/17.