Research Brief
4403
Regtech deals slipped in Q1’17 to 27 deals worth approximately $205M and are projected to drop further behind 2016’s totals.

Q1’17 was a slow quarter for regtech startups which saw 27 deals worth approximately $205M in funding. At the current run rate, both deals and dollars are on track to come in behind 2016’s totals.

At the current run rate, 2017 would be the first year that both deals and dollars decline and could drop to a three-year low. Given the surge in deals and dollars over the past 3 years and the high proportion of regtech companies that are still in the early stages (seed/angel and Series A), a slowdown would not be surprising.

Despite the projected decline, the numbers are on pace to surpass 2012 and 2013. In 2017 YTD there have been 36 investments worth $282M. The top deal went to Netwrix, a cybersecurity company whose product offering includes Netwrix Auditor, a platform that supports compliance with security regulations. Netwrix raised a $51M Series A from Updata Partners. 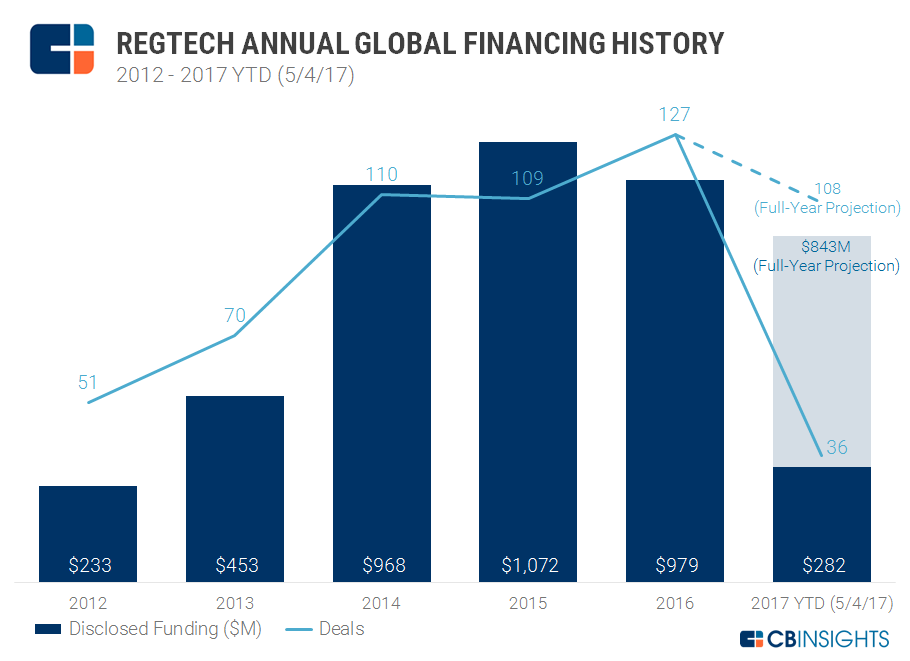 Digging into the quarterly data, Q1’17 saw 27 deals worth $205M in funding. This was the second consecutive quarter that deals and dollars dipped. 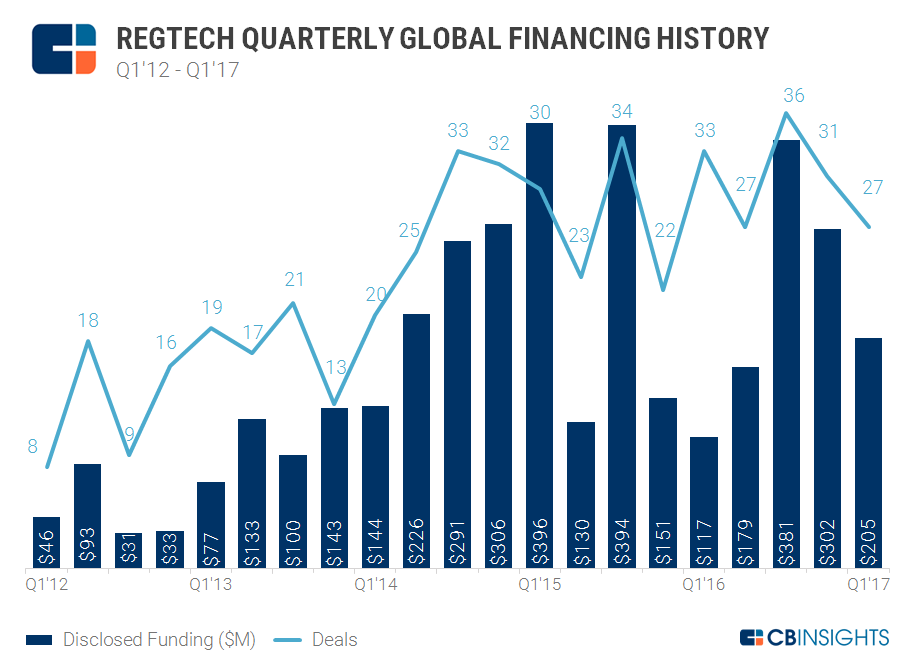