Over the past 5 years, an increasing number of startups have sprouted up that aim to use technology to tackle compliance and other regulatory requirements. Since 2012, this space, called regtech, has raised roughly $2.3B across 317 deals.

What is regtech? Regtech refers to companies developing technologies aimed at simplifying and streamlining compliance, risk management, reporting, data management, and more. While the bulk of startups are focused on regulation technology within financial services (KYC/AML software solutions, etc) there are a number of startups that are working on regtech related to supply chain and product, real estate/construction, life sciences, and even social media.

Using CB Insights data, we highlighted annual and quarterly investment trends into the regtech space. Additionally, we looked at deal share by stage, the most active VC investors, and the most well-funded companies in regtech.

Within the last few years, deal activity has seen a progressive rise. In 2016 year-to-date (YTD) through 11/14/16, deal count to regtech startups has already reached 78, the same number as in 2015. If deal activity continues at its current pace, the category will see an estimated 90 deals by the end of 2016. 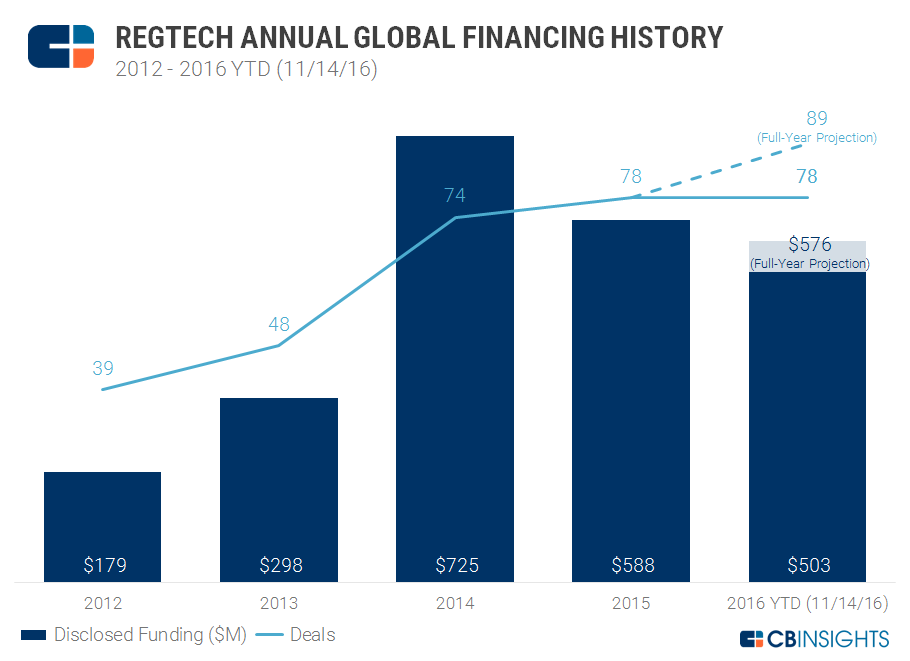 On a funding basis, Q3’16 was up 56% over the previous quarter, with $165M raised by regtech startups. This represented a significant bounce back after funding totals contracted significantly earlier this year, compared to late 2014 and the first half of 2015. 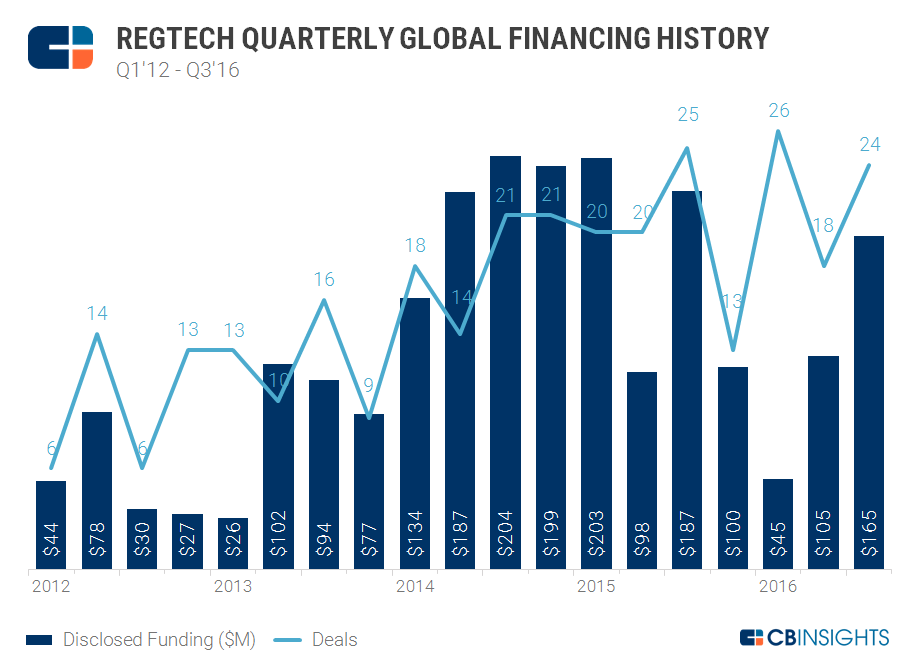 Early-stage deal share reached 48% in 2016 YTD, a 4 percentage point increase from 2015. Some notable early-stage deals completed so far in 2016 include a $16M Series A to Droit Fintech, which provides software to improve compliance in derivatives trading; a $8.2M Series A to ComplyAdvantage, which offers an anti-money laundering (AML) surveillance platform; and a $1.6M Seed VC round to Chainalysis which provides blockchain compliance solutions.

Mid-stage (Series B and C) companies took 11% of deal share, down from 22% in 2015. Throughout the 5-year period, mid-stage regtech companies have accounted for between 11%-22% of deal share. 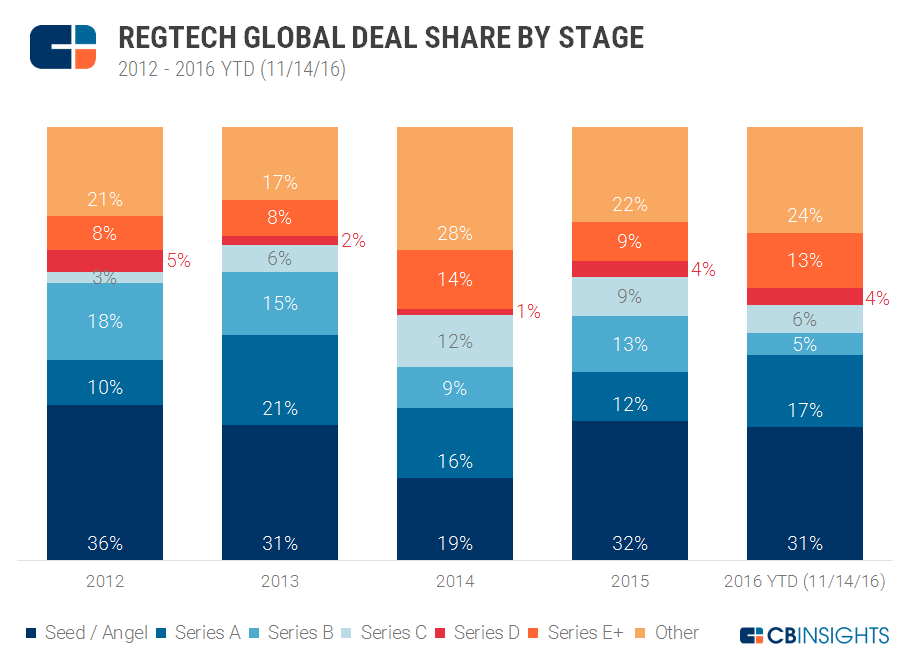 Other active investors include BDC Venture Capital and Battery Ventures.