The venture capital funnel shows just how brutal the VC game is.

We analyzed VC fundraising stats from various regions to see where it’s easiest (and hardest) to raise money and exit.

We compared 8 different tech hubs (4 within the US and 4 international):

Among our unexpected findings, we learned it’s easier to raise a 2nd round of financing in NY or Boston vs Silicon Valley.

Here are some other things that jumped out:

The regions analyzed in further detail are as follows:

Our criteria and methodology for this analysis can be found here:

For reference, we’ve included our past Venture Capital Funnel analysis:

The following analysis provides a high-level view of follow-on rates, average duration between rounds, median round sizes, and exit rates for eight different regions. All data was surfaced and analyzed using the CB Insights platform.

Likelihood of raising each round of funding By region 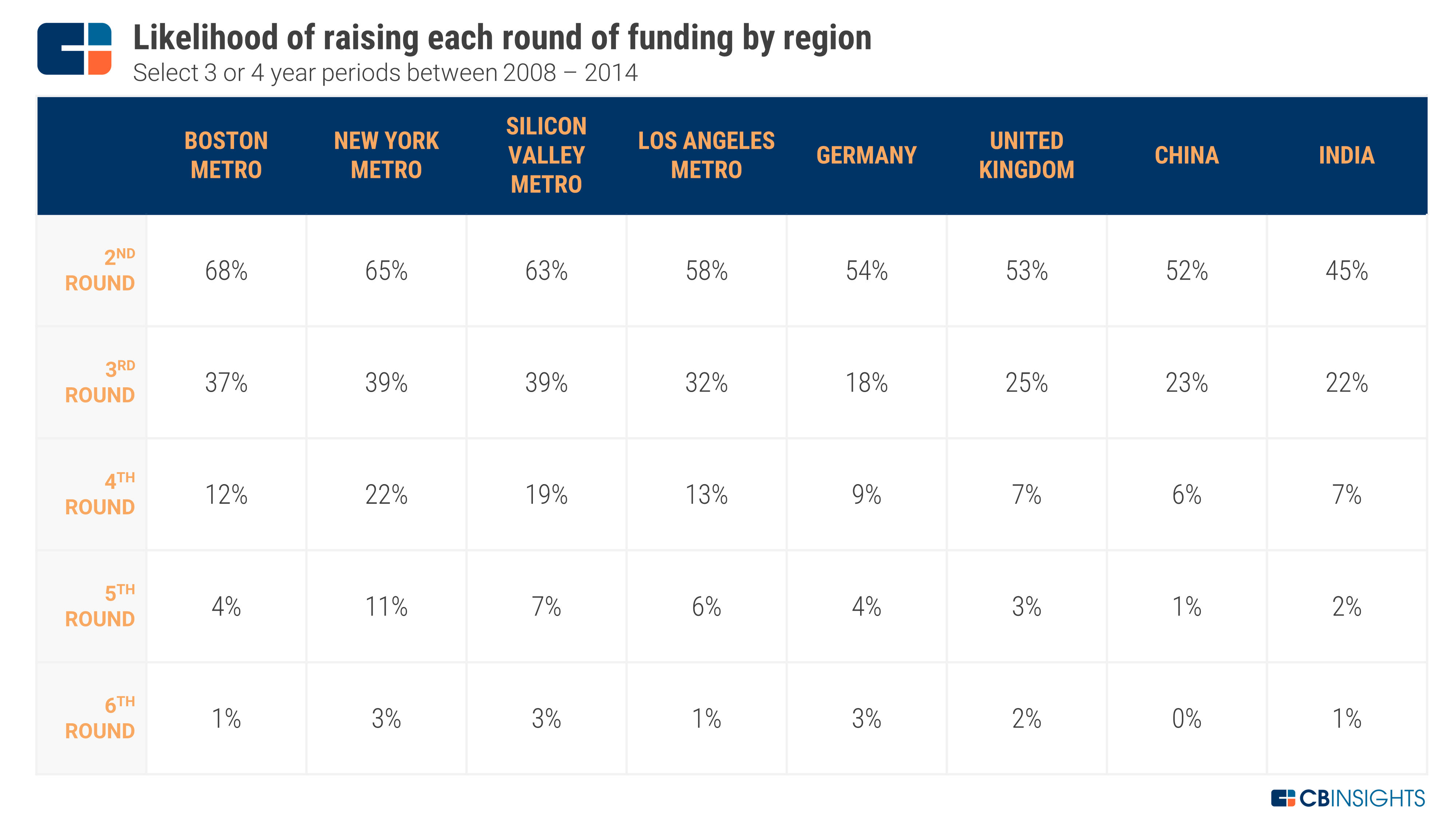 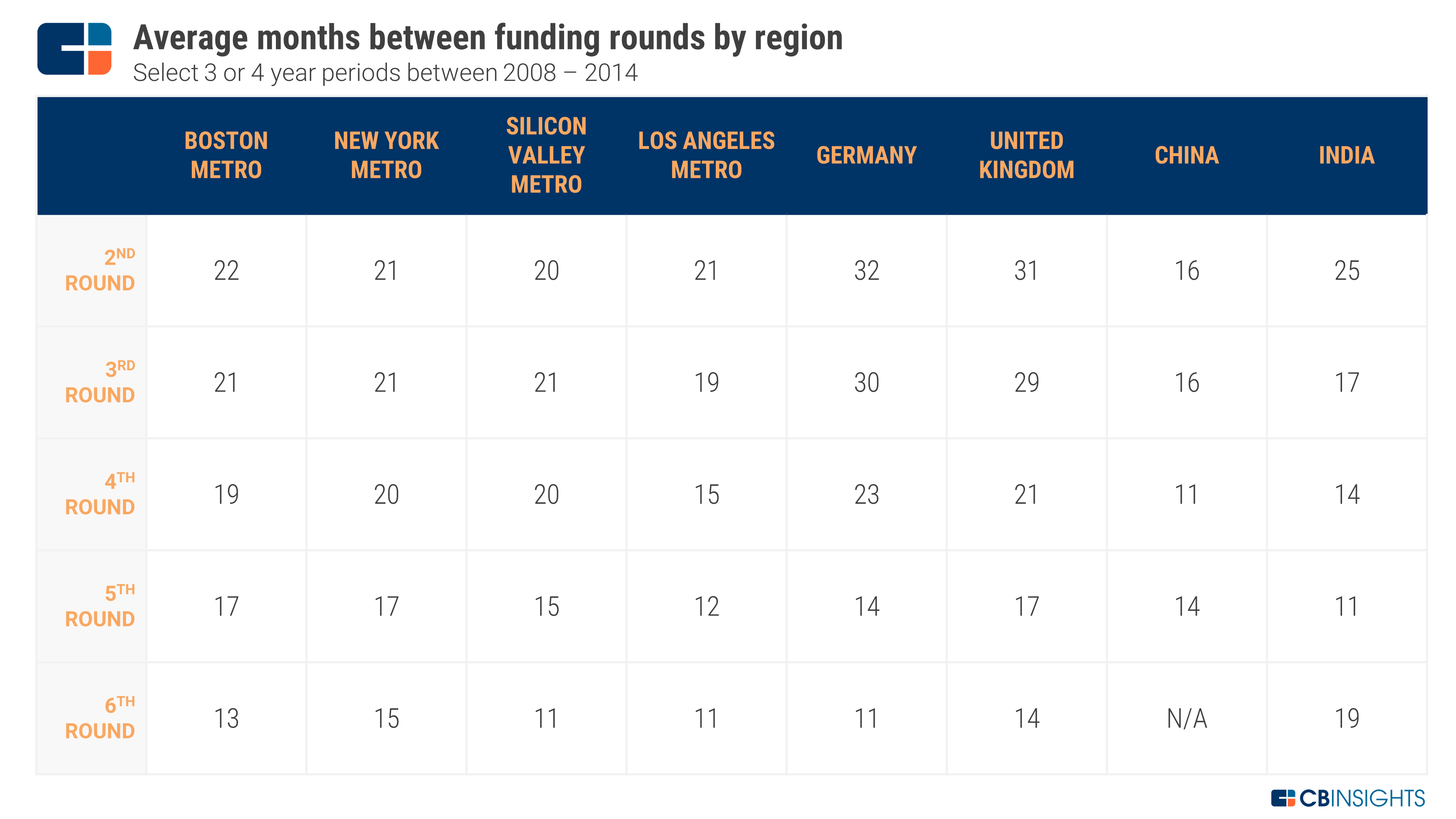 Median Round Size By Region 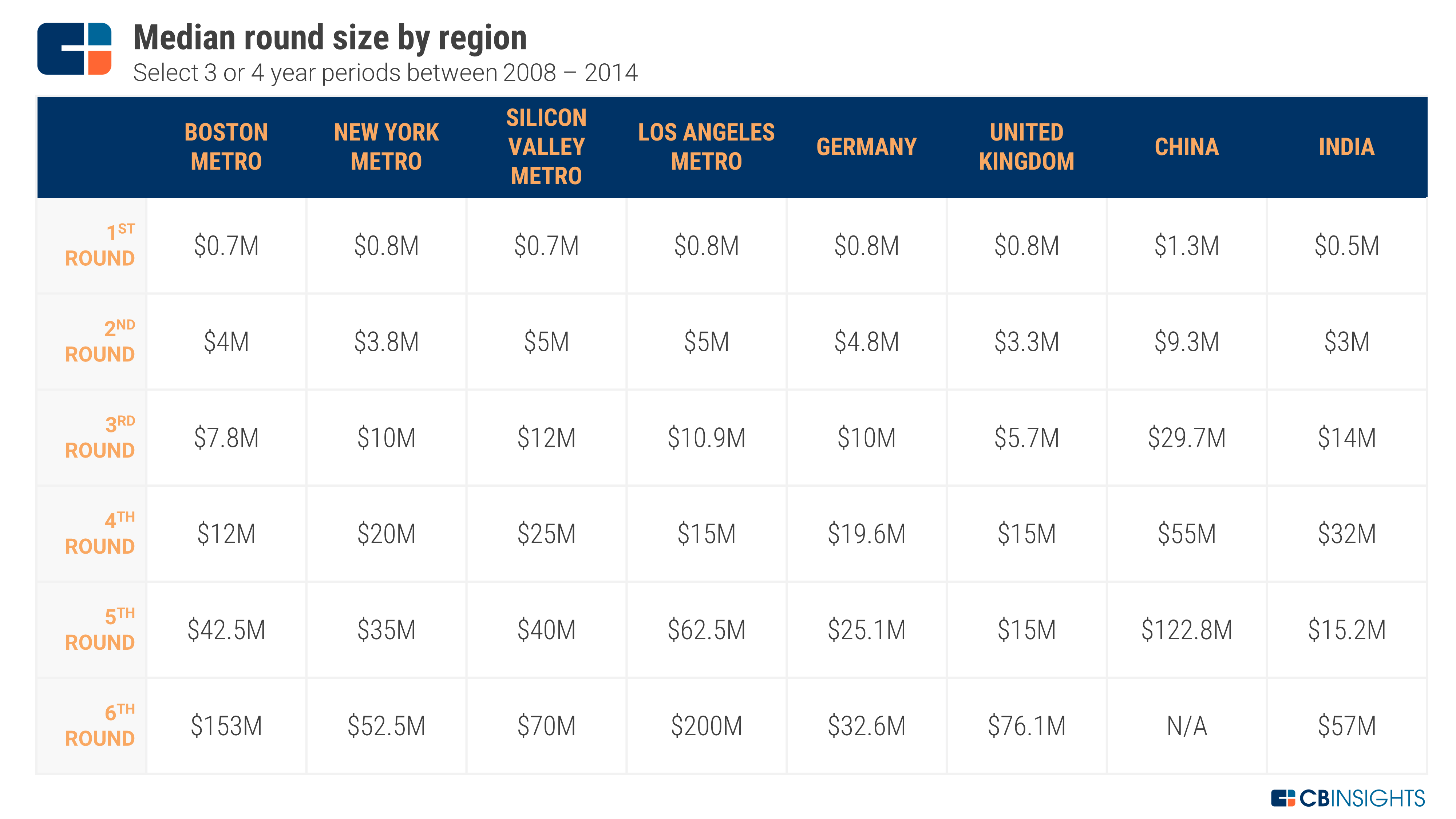 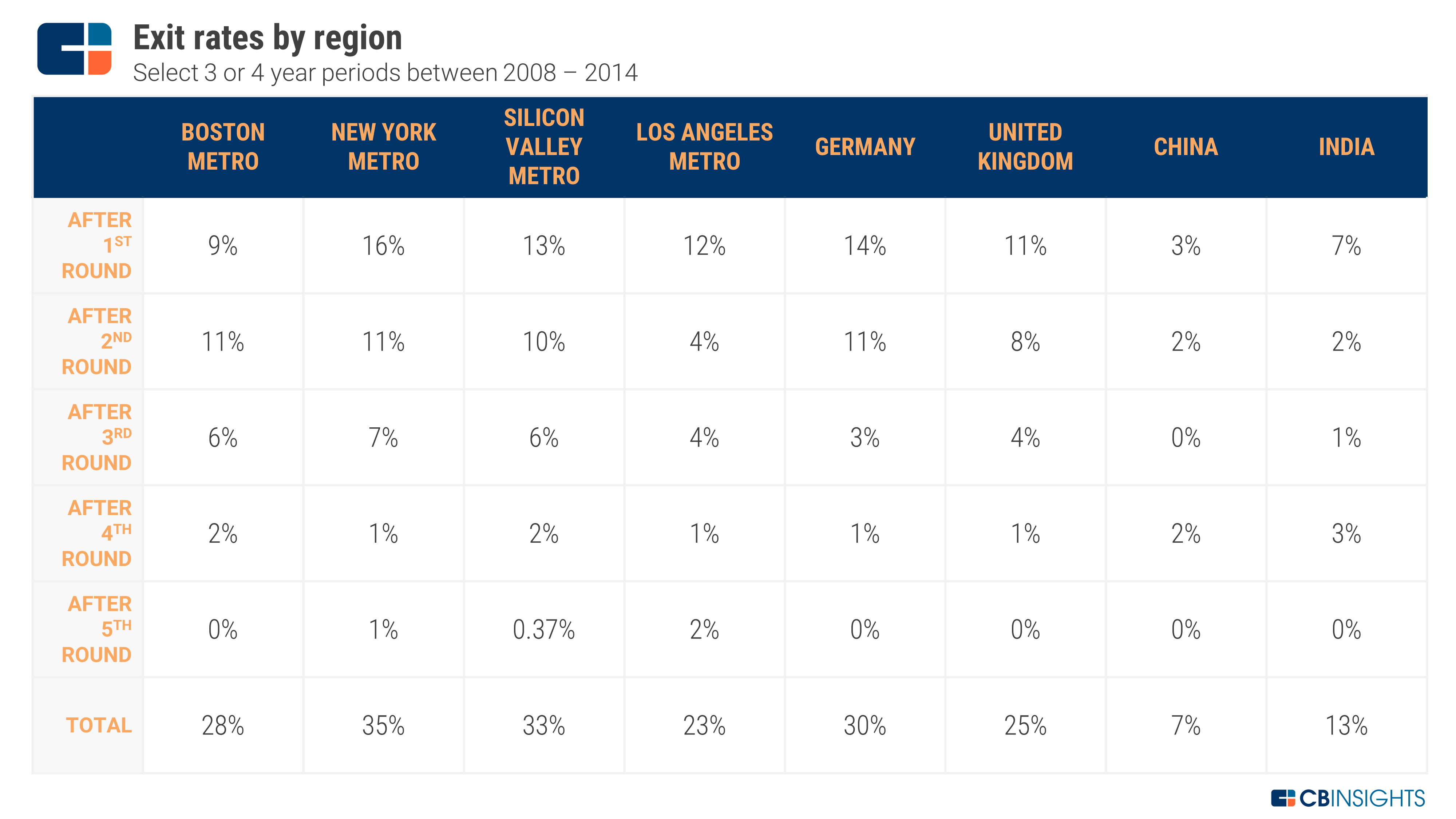 369 of the most promising private venture and equity-backed tech companies. Look for the 2017 Tech IPO Pipeline in the Collections tab.

Below we examine the venture capital funnel by region in Silicon Valley, the New York Metro area, the Boston Metro area, and United Kingdom.

The Silicon Valley Metro cohort included 536 companies that raised initial funding between 2009 and 2011. They collectively raised nearly $15.4B in total disclosed equity financing (through 6 rounds).

Bay Area Tech Map: The Most Well-Funded Tech Startups In Each City