Research Brief
2635
Among top real estate tech investors, Zillow has been the most active acquirer, having snapped up 11 companies since 2011.

Real estate tech startups are raising money and seeing deals at record levels, with a new high of over 190 deals in 2015. Over the last few years investors have been placing bets on an expanding set of real estate tech categories, including property and lease management platforms, virtual viewing tech, real estate analytics, and more.

We used CB Insights’ Business Social Graph, which shows how top investors, acquirers, and target companies are related, in order to analyze where some of the top real estate corporations and investors are striking deals.

Specifically, we analyzed the investment activity of the following 13 most active corporations, corporate venture arms, and venture capital firms:

In the graph below, investments are represented by green lines, acquisitions by orange lines. 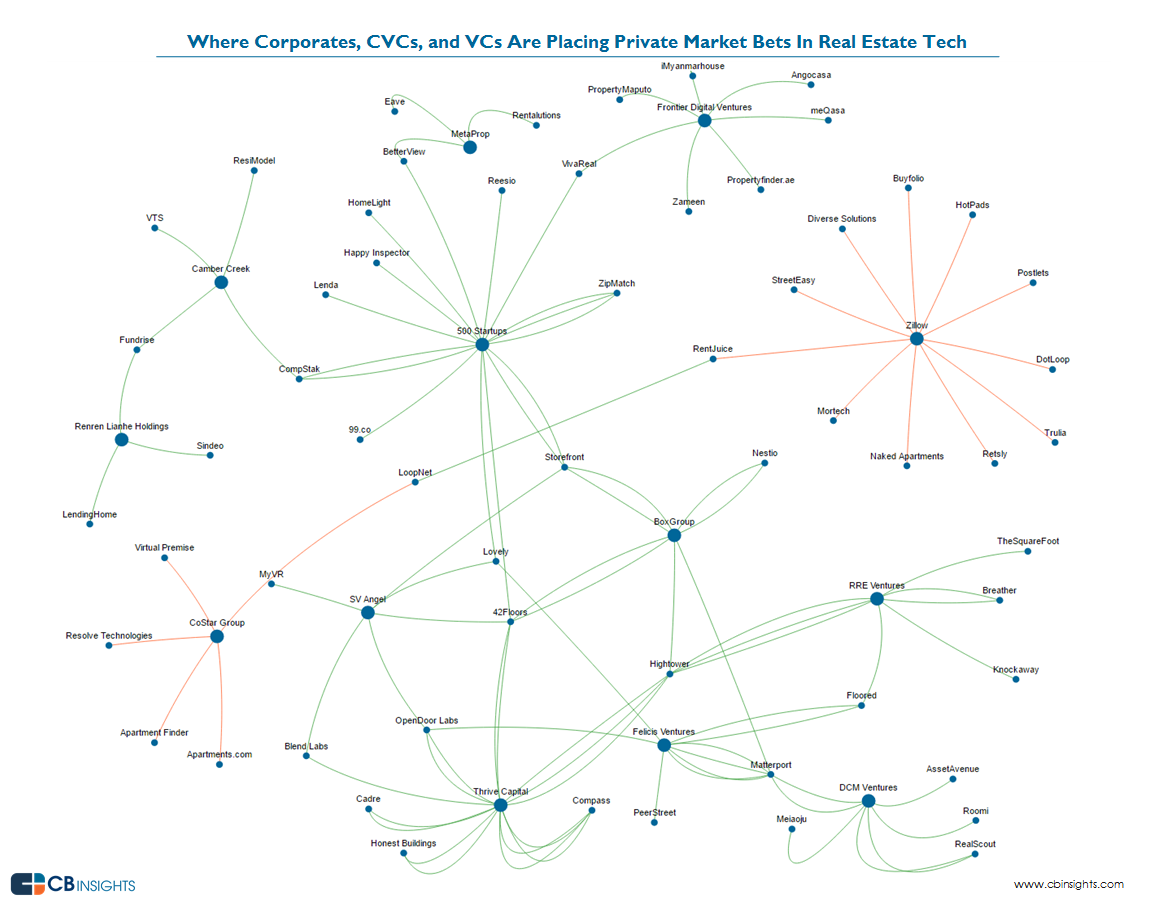 There are a number of over overlapping takeaways. Take a look at the graphic to see where investors and corporation are placing bets.

Want more data on real estate tech companies? Login to CB Insights or sign up for free below.