Tech startups are picking apart different areas of the real estate industry ranging from commercial leasing to brokerages and real estate analytics, attracting investment and putting real estate tech on track for a new funding high this year. Here are a few recent deals of note:

Below is our overview of real estate tech trends which includes deals and dollars breakdowns, most well-funded companies, and most active investors.

In 2014, real estate tech saw a record year, reaching more than $1B in dollars deployed across more than 150 deals. This represents a 358% increase in funding compared to 2010’s total, and a 148% increase year-over-year. Interestingly, roughly 53% of dollars deployed to real estate tech in 2014 went to companies headquartered in China and India, including Mumbai-based Housing.com, Shenzhen-based real estate buying guide Fangdd, and China’s AirBnB-type site, Aiwujiwu.

2015 looks like it will remain flat on a deal basis, but funding is on track to set a multiyear high and will hit $1.5B, if the year-to-date trends persists. 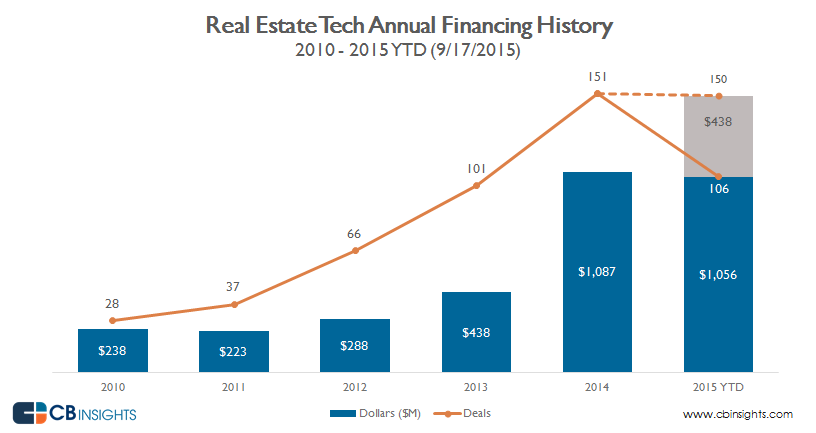 3 of last 4 quarters reach over $300M in dollars invested

The first half of 2015 saw more than $700M dollars invested across 77 deals, and Q2’15 represented a multiyear quarterly high in funding (thought not in deals). The quarter was buoyed by big deals, including a $129M Series D to Singapore-based real estate listing site PropertyGuru and $60M in growth equity to Real Matters, which offers property insurance and mortgage providers with cloud-based property data.

Over the last 4 quarters real estate tech activity has topped 35 deals, which is a significant step-up in activity compared to 2010, which saw all four quarters below 10 deals. 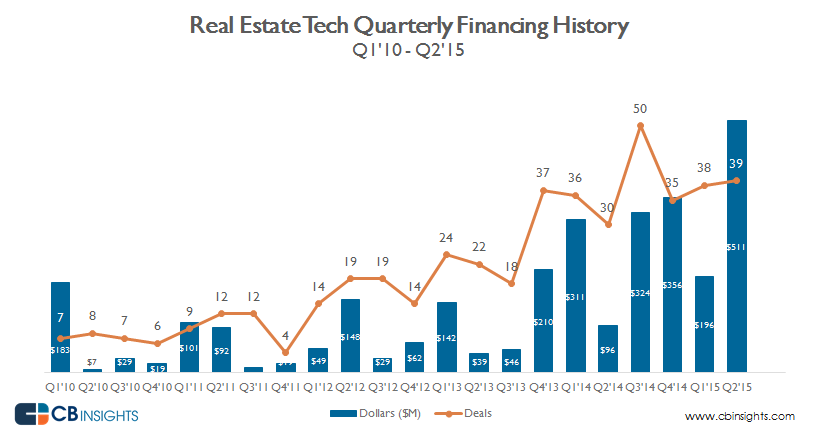 Mid-stage (Series B and Series C) investments have commanded the bulk of dollar funding to real estate tech companies since 2010, accounting for 37% of dollar share. Early-stage (Angel and Series A) dollar share also saw significant investment and accounts for 24% of all funding. 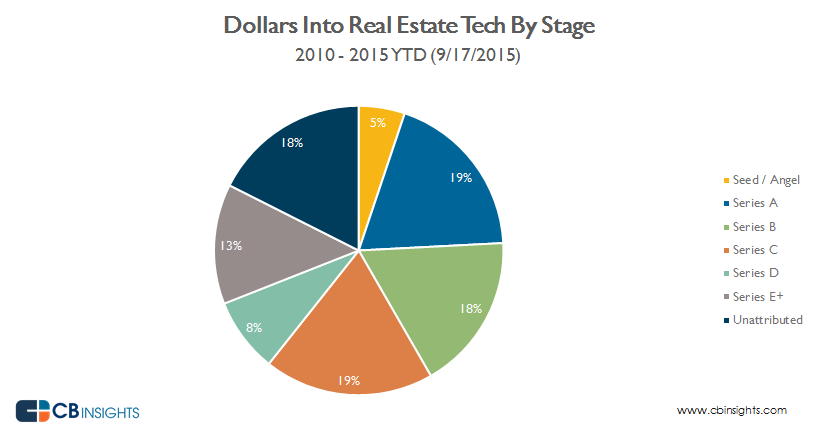 The seed/angel stage dominated deal activity, accounting for almost half of all deals completed since 2010. Overall, early-stage rounds — Seed/Angel plus Series A — took a whopping 69% of deal share to real estate tech companies. Mid- and late-stage deals accounted for just 16% of deals in the six-year period, as seen below. 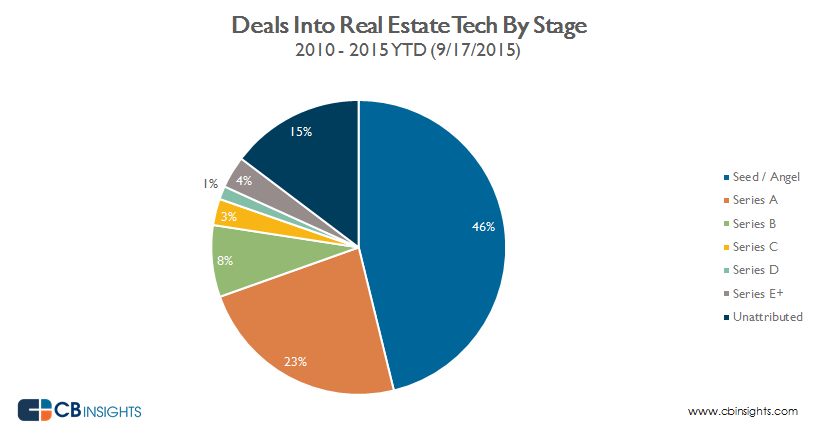 Six of the top 10 most well-funded real estate tech companies are based outside of the US. Shenzen, China-based real estate platform Fangdd tops the list, having raised $311M since its founding. PropertyGuru and Aiwujiwu, which are both based in Singapore and China, respectively, round out the top 3.