Funding, however, is on track to reach record levels.

2016 was a banner year for real estate tech with over $2.6B in funding to the category across 277 deals. At the current run rate, 2017 could very well reach another consecutive funding high, even as deals are on track to come in slightly below last year’s total.

So far this year, real estate tech companies have received $733M across 61 deals.  At the current run-rate investment activity is on track to reach $2.9B invested across 247 deals. This would represent an 11% decrease in deal activity, but a 10% increase in funding. 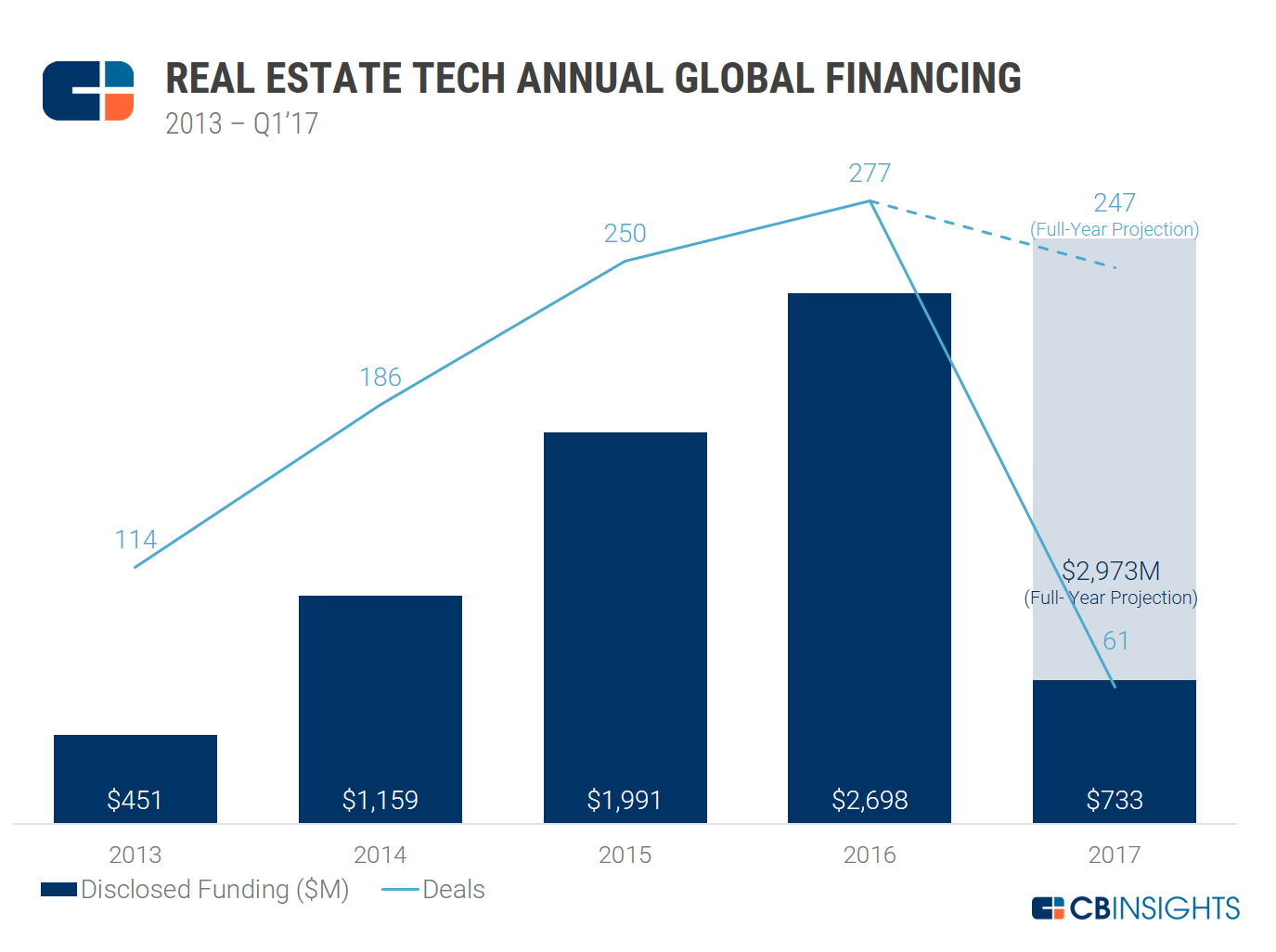 On a quarterly basis, deals have materially declined since Q3’16. After posting three straight quarters of over 70 deals, Q4’16 had only 59 deals, and Q1’17 has increased only slightly above that level.

Funding, on the other hand, has increased in each of the last three quarters and Q1’17 received the second-largest quarterly funding total ever, behind Q2’16. Q2’16’s funding spike was due in large part to the $872M Series B of Homelink.

Notable Q1’17 deals included a $375M corporate minority financing to Homelink, a $55M financing to PropTiger, a $50 Series D to Placester, and a $32.5M Series A to Knock. 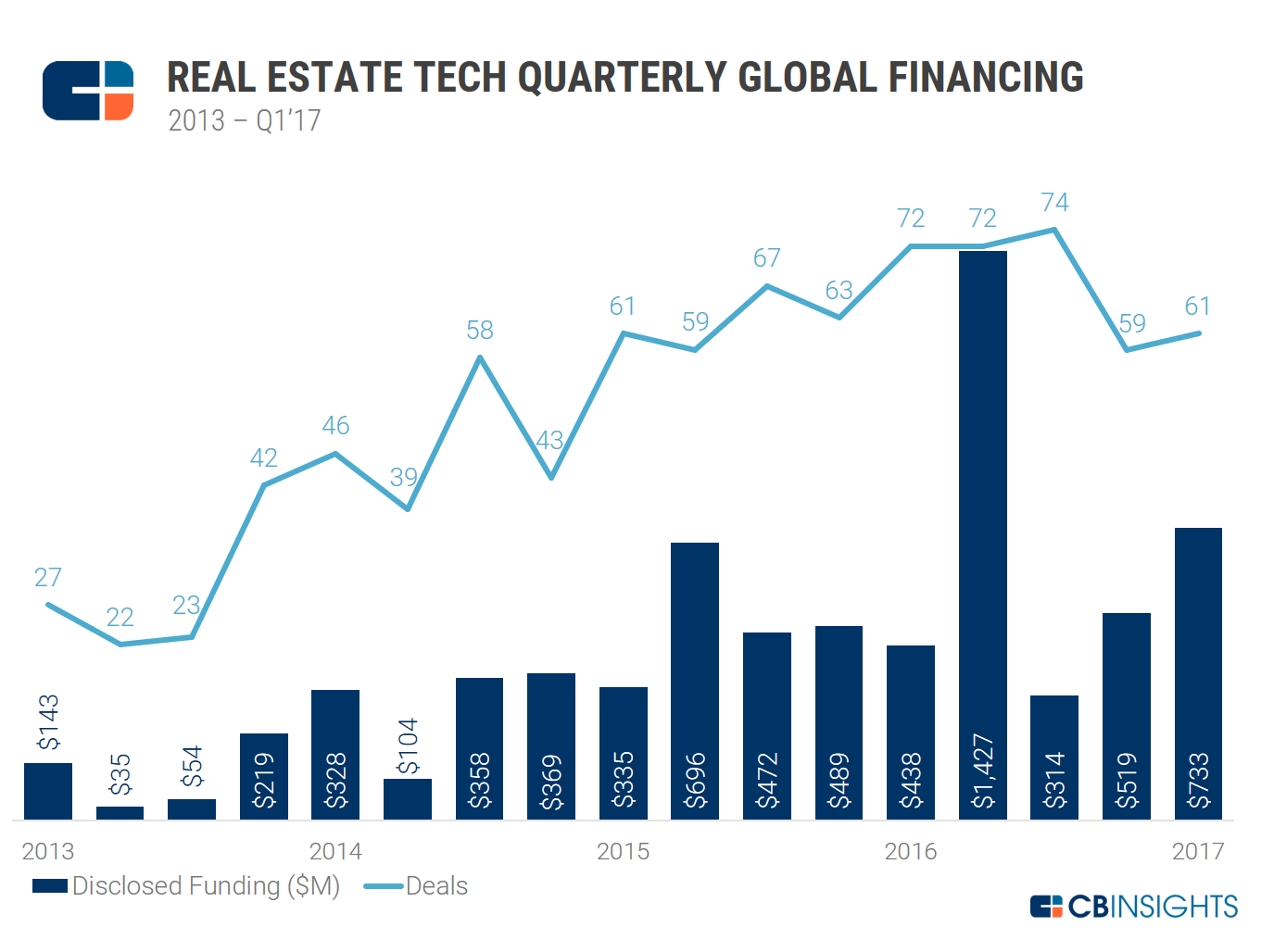 Early-stage (seed + Series A) deal share through Q1’17 has remained consistent with the previous year, accounting for around 65% of total deal share. However, seed-stage deals took just 34% of all deals in Q1’17 vs. over half of all deals in FY 2016. Series A deal share hit 30% in Q1’17 and included financings to companies such as Knock (mentioned above), OfferPad, and Nested. Mid-stage (Series B + Series C) deal share, declined from 13% in 2016, to only 7% in Q1’17, as a result of no Series C deals in the quarter.

Startups working on real estate tech products have the potential to change how properties are bought, sold, and financed. Look for Real Estate Tech in the Collections tab.

Late-stage (Series D+) deals did not change significantly from 2016, accounting for 5% of deal share, while deals falling into our “Other” category (including corporate minority, and other venture capital rounds) increased from 16% to 25%. 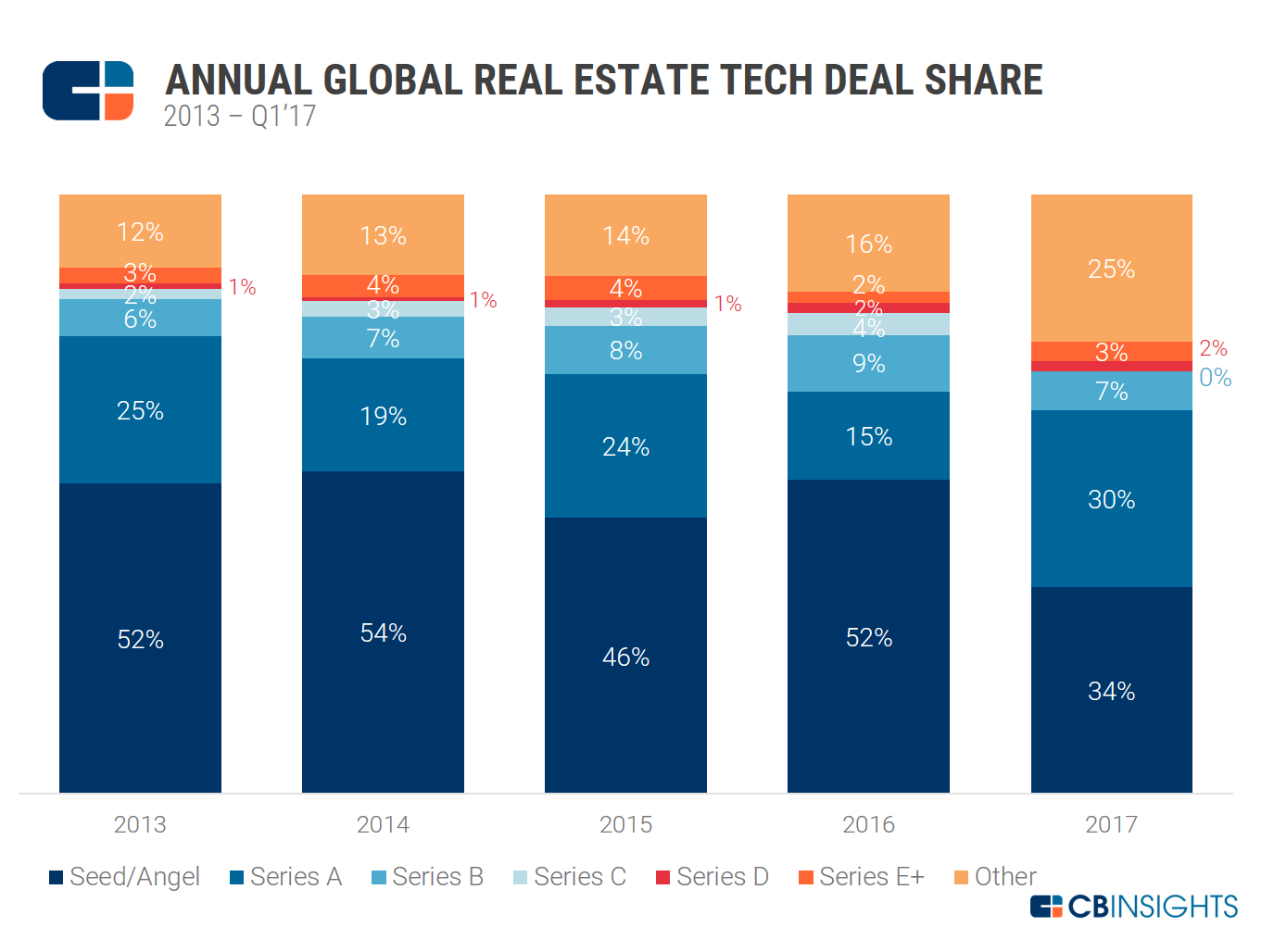