2016 was the best year yet for real estate tech funding. Not only did the category reach new highs in deals and dollars, but 4 companies were minted to the unicorn club (Compass, Homelink, SMS Assist, and OpenDoor Labs).

Since 2012, real estate tech companies have raised almost $6.4 billion in funding across 817 deals.

Using the CB Insights database, we analyzed annual and quarterly funding figures as well as deal share by stage within real estate tech.

In 2016, real estate tech companies set a new record in both deals and dollars, as the category has every year since 2012. Last year, private real estate tech startups raised $2.6B across 235 deals.

On a funding basis, dollars to the category have trended upwards through the past 5 years, with real estate tech companies increasing funding by 40% in 2016. Notably, there were several large deals in in 2016 that buoyed funding, including three mega-rounds to Homelink ($926M, Series B), OpenDoor Labs ($210M, Series D), and SMS Assist ($150M, Series D). 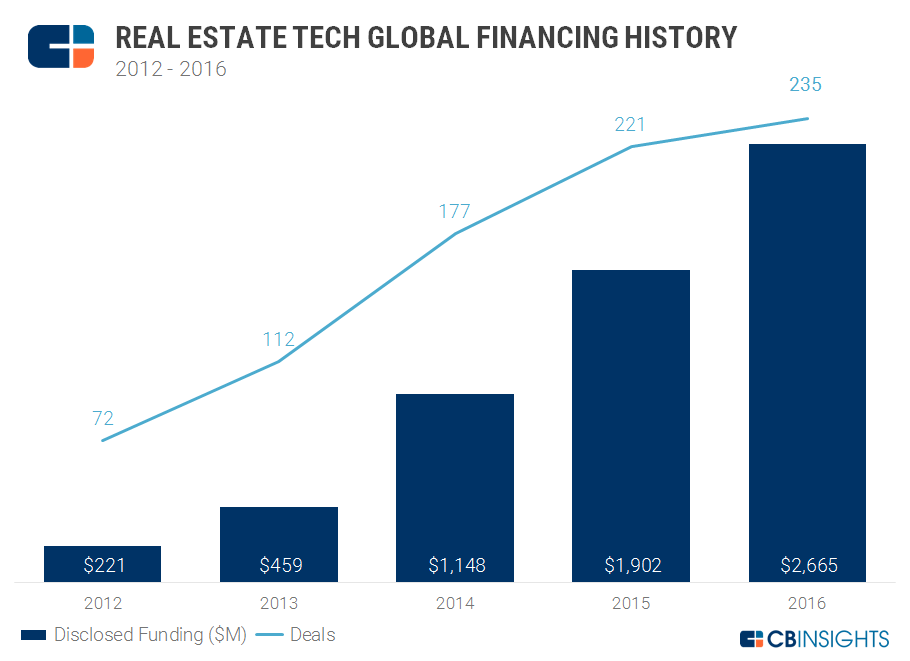 The quarterly trend reveals that after a record in deal count in Q3’16, deals dropped 28% to 49 deals, the first quarterly drop below 50 deals since Q4’14.

When looking at the quarterly funding trend we see that Q2 was a huge funding quarter for the category, due in large part to the $926M Series B of Homelink. Following Q2, dollars dropped off in the next quarter to the lowest level since Q2’14, but began rebounding in Q4’16, up 54% from Q3. Six out of the last 7 quarters saw more than $400M deployed on a quarterly basis. 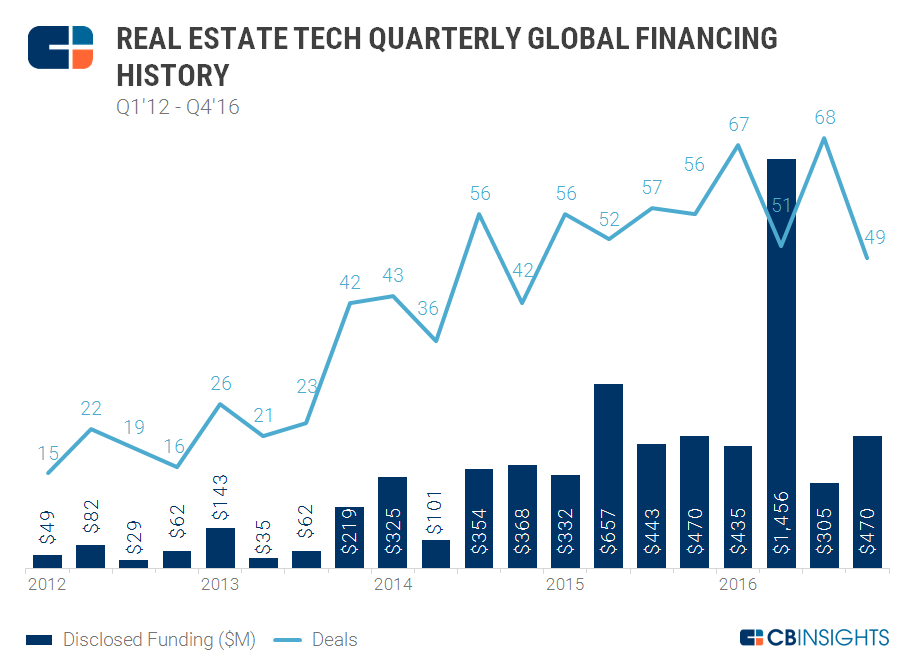 Startups working on real estate tech products have the potential to upend the industry. Sign up for a free trial and look for Real Estate Tech in the Collections tab.

Late-stage (Series D+) deal share took 4% of deal share. While the late-stage only accounted for 4% of activity, there were some notable deals in 2016, including to Compass, which raised $75M in Series D financing, and Buildium, which raised $65M in private equity funding. 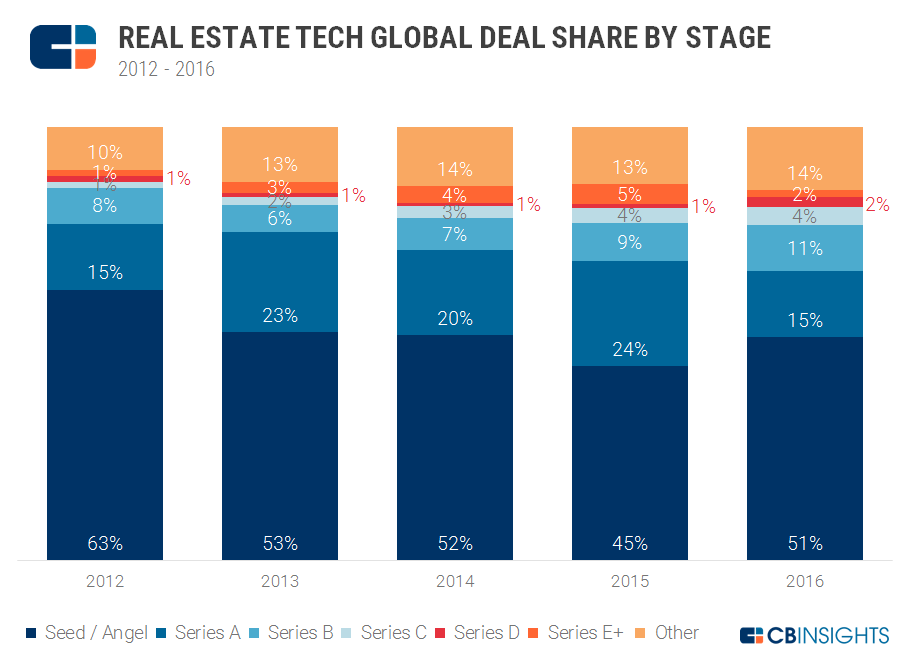