After a peak year in 2014, corporate funding and deals to real estate technology startups have dropped off considerably this year.

In 2015, corporate investment in real estate tech is projected to drop 75% in dollar terms year-over-year, and deals are on track for only half the deal activity seen in 2014.

That said, this year’s funding trend is still higher than annual investment in 2013 and 2012. 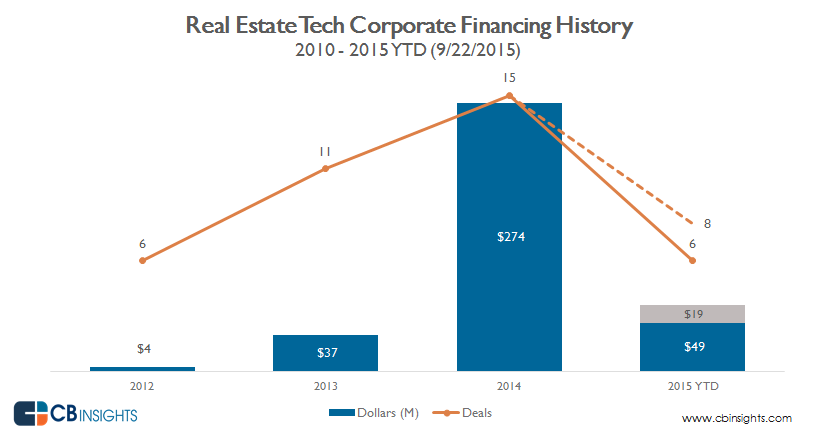 On a quarterly basis, Q4’14 represented the funding and deals peak. Interestingly, 5 of 6 of the deals done in the quarter were to companies headquartered outside the US, including the Series B financing of Uoko in China and the seed financing of Japan-based Space Market.

After a particularly anemic Q1’15 with only 1 deal and $10M in funding involving corporates, deals and dollars bounced back in Q2’15 with $39M invested across 4 deals. 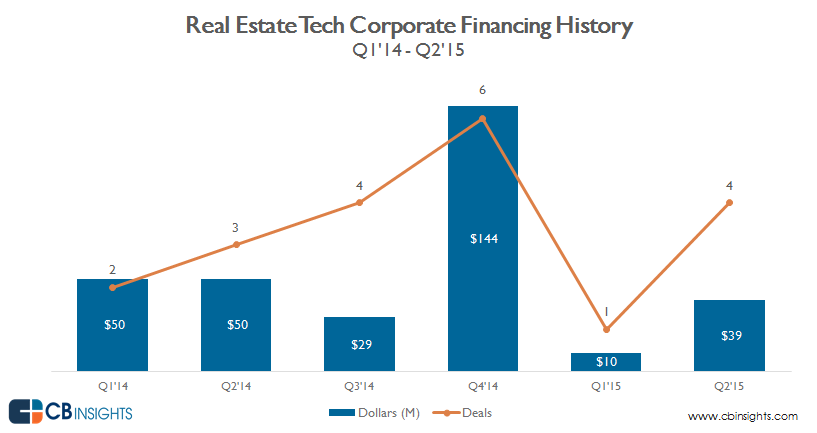 A considerable majority of dollars in deals involving corporates and real estate tech went to mid- and early-stage startups.

As the chart below shows, a full 50% of the dollars were in Series B rounds. 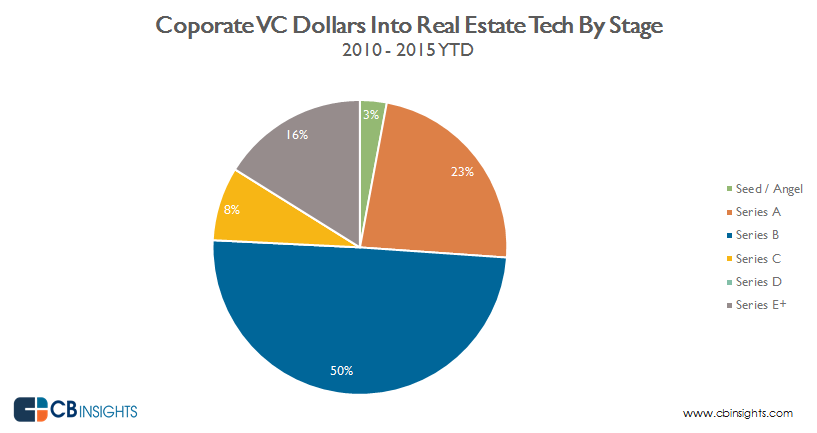 Mid-stage startups took 26% of deal share, meaning more than 1 in 4 deals involving corporates were fundings of real estate tech companies at the Series B or C stages.

Late-stage deals accounted for just 5% of deal share, with all these at the Series E and beyond, and 0 deals completed at the Series D stage. 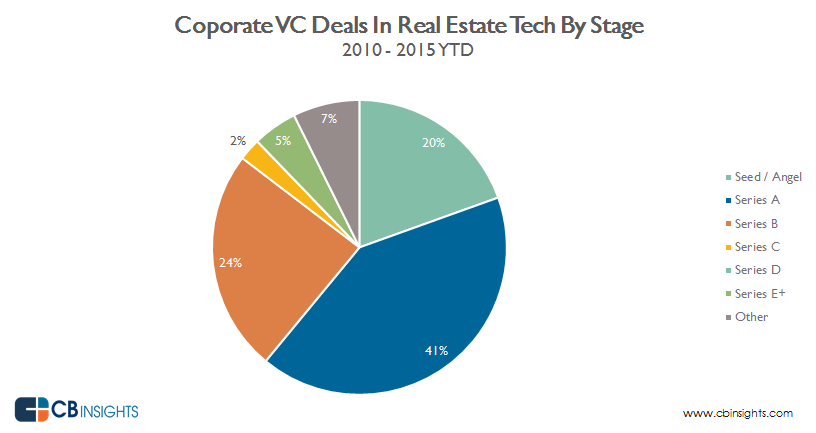 Qualcomm and Google‘s venture arms are also among the top investors in early-stage real estate tech companies. Two-fifths of the early-stage investors listed below were headquartered outside the US, including Legend Capital in China and Japan-based Nissay Capital.

Nearly half or 49% of real estate tech deals involving corporates were completed outside the US, with more than one-fourth of these occurring in Japan and India.

Since 2010, 51% corporate deals done in real estate tech were to companies headquartered in the US. Japan and India round out the top 3 list for individual countries in which investments were completed. See the chart below for more information. 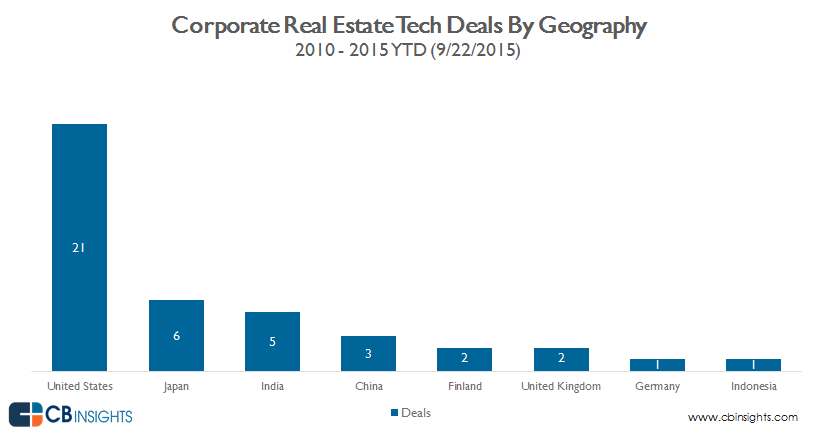