Research Brief
2466
However, real estate tech startups in China took over 60% of dollars going to the space in 2015, with $100M+ rounds going to listing portals in China.

As real estate tech proliferates outside the US market, real estate tech startups in Asia raised roughly $850M in funding in 2015, roughly half of the $1.7B raised globally. In fact, 4 of out of the last 5 quarters reached $200M+ in funding to real estate tech in Asia, with funding led by mega-rounds to two property listing and information portals, Shanghai-based Aiwujiwu and Shenzhen-based Fangdd.

In the past year, Asia-based real estate tech startups raised giant rounds of funding including mega-rounds to the previously mentioned Aiwujiwu (a $150M Series E) and Fangdd (a $223M Series C).

Deal activity to Asia-based real estate tech startups is up as well. 4 out of the last 5 quarters have seen 10+ deals with Q3’15 notching an all-time high at 12 deals. 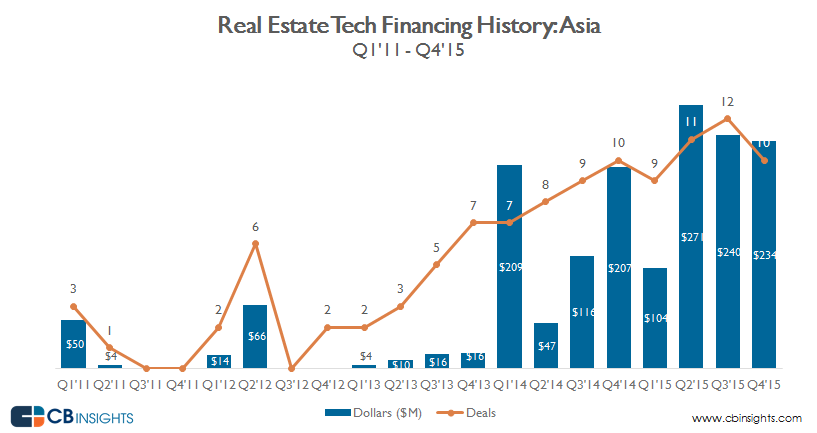 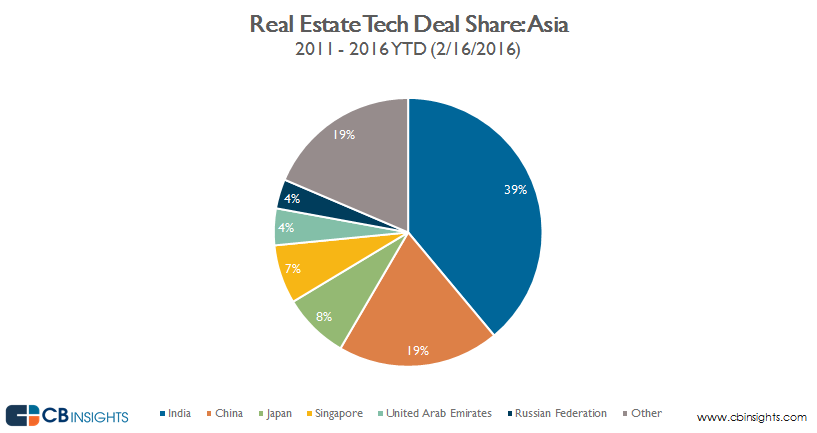 While China accounts for 19% of deal share in Asia, they are taking 62% of dollars going to Asia-based real estate tech startups. This indicates that there are fewer, but relatively large deals taking place in China.

Outside of China, India and Singapore accounted for 18% and 12% of dollar share edging out other markets like South Korea, UAE, and Pakistan. 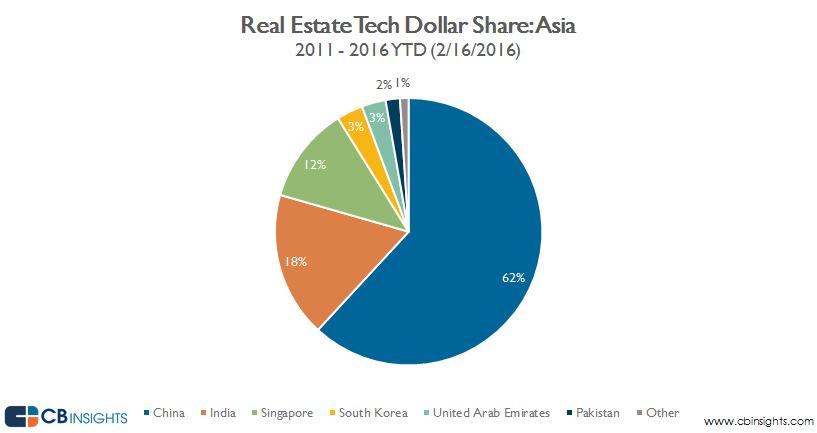