The railway industry is striving for greater efficiency and reliability. From 3D-printed rail parts to battery-powered trains, we explore how technology could help revamp rail transportation.

Transportation has undergone substantial change over the past few years, as automakers and Tier 1 suppliers have invested heavily in order to remain competitive.

That said, the emphasis has largely been on passenger vehicles and commercial trucks. Rail transport, or trains carrying passengers and goods on rails instead of roads, has lagged in terms of innovation.

But even as the railway industry looks to implement tech-driven solutions, it faces a number of challenges.

For one, making upgrades to trains is costly given their sheer size and long lifespan. Further, a substantial portion of railway infrastructure is located in remote areas that are difficult to access, which makes it more challenging to maintain and upgrade tracks.

In more recent months, however, priorities have shifted for major players in the railway space. Covid-19 has generated an urgent need for railway operators to drive down costs, and worsening climate concerns have led governments across the world to get more aggressive about decarbonizing the transportation space, which has accelerated demand for sustainable railway solutions.

In response, railway operators and train manufacturers are focused on digitizing operations and manufacturing, and are also exploring technology that enhances sustainability.

Below, we highlight 6 technologies that have the potential to reshape the railway industry.

Trains and train tracks frequently experience damage and need repair, which can cause delays for trains carrying either passengers or freight, and can ultimately dampen revenue for all players involved.

A number of startups are developing IoT motion-based sensors for trains and tracks that can provide operators with real-time data around the current state of vehicles and infrastructure. These solutions can help detect potential issues on trains and rail tracks before they occur.

UK-based Perpetuum (acquired by Hitachi Rail Europe in August) is developing a wireless condition monitoring system for trains, which uses digital sensors on the train itself to monitor vehicle health. Perpetuum’s sensors can detect on-board vibrations and can relay real-time information regarding the condition of critical train parts, such as wheelsets, gearboxes, motors, or bogies.

Some companies such as KONUX are focused on sensors for tracks rather than trains, as the majority of railway infrastructure is in remote locations and challenging to maintain. 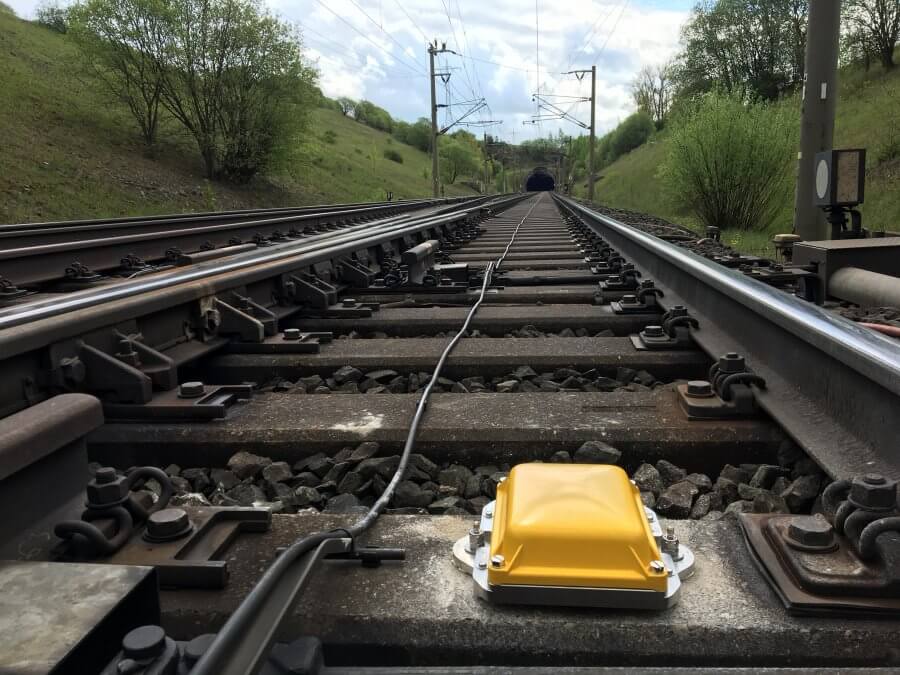 KONUX’s sensors in particular monitor key switch components, like track beds, by measuring parameters such as vibration and acceleration.