Leaders in quantum computing discuss the challenges and potential for this technology across finance, AI, and many other fields.

Quantum computers can solve real-world problems much faster than traditional computers—and their capacity is only increasing.

And now that these super-fast computers are no longer confined solely to the laboratory, governments, companies big and small, and investors from Silicon Valley to Wall Street are all beginning to position themselves to capitalize on the use of commercialized quantum computers across a multitude of industries and applications from finance to AI.

Below are 13 perspectives on quantum computing from a variety of investors, startups, corporations, and industry leaders. If we have missed any perspectives that you think are worth highlighting, please let us know in the comments. D-Wave Systems sells what it claims is “the world’s first commercially available quantum computer.” Vern Brownell recently spoke about his company and the promise of quantum computing, in addition to the potential for this technology to make a practical impact in specific industries such as finance.

“We’re at the dawn of this quantum computing age. We believe we’re right on the cusp of providing capabilities you can’t get with classical computing. In almost every discipline you’ll see these types of computers make this kind of impact. It opens up a completely new tool chest for scientists and developers. We’re at the bleeding edge today. It’s a very exciting time to be in the middle of all this.

“Quantum computers have the potential to provide a different approach to solving very difficult finance problems, but it will take the collective intelligence of many experts to do so.”

Mike Lazaridis (pictured above) and Doug Fregin are the founders of Quantum Valley Investments, which focuses on the commercialization of breakthrough technologies in quantum information science, especially those being developed in Canada. He advocates for the development of quantum technologies and hopes they will help grow Canada’s technology ecosystem.

“The technologies that are being developed in Waterloo [Canada] will shape the 21st Century even more than the digital revolution changed the world in the 20th Century. And just as the discoveries and innovations at Bell Labs led to the companies that created Silicon Valley, so will the discoveries and innovations at research centers in Waterloo transform the region into an area known as The Quantum Valley.”

“This is a very exciting time. This is not incremental; we’re really starting to see various groups working with superconducting qubits taking big strides forward.” IBM’s quantum computing work is a core initiative within the newly formed IBM Research Frontiers Institute. IBM has built a user interface on its cloud platform that allows users to easily connect to the company’s quantum hardware. Quantum computing hardware is still very capital-intensive to develop so IBM’s quantum cloud computing network is the first move to democratize the use of the technology. Arvind Krishna commented on the significance of enabling access to the technology via the cloud.

“This moment represents the birth of quantum cloud computing. By giving hands-on access to IBM’s experimental quantum systems, the IBM Quantum Experience will make it easier for researchers and the scientific community to accelerate innovations in the quantum field, and help discover new applications for this technology.” Advancements in the science behind the development of quantum computers are prompting some of the world’s most valuable companies to invest in practical applications of the technology. Serguei Beloussov provided his take on the motivations behind corporate moves in quantum computing.

“Quantum computing at the moment [particularly] quantum metrology and quantum security are things that are dependent on science so [development] can be very slow or rapid. If this technology actually appears, it will be such a huge change that companies like Amazon, Alibaba, Google want to be in front of that change and that is why they are investing.”

6. John Martinis, Professor at UC Santa Barbara since 2004, Research Scientist at Google since 2014

John Martinis has been researching quantum computers for the last 30 years. Google hired him in 2014 to build quantum hardware chips that could advance their agenda of accelerating the training of AI systems through machine learning. Martinis believes his research will be key to making Google’s ambitions a reality.

“Machine learning will be transformed into quantum learning. People talk about whether we can make creative machines – the most creative systems we can build will be quantum AI systems.” QuintessenceLabs is an information security company that uses quantum encryption keys to protect digital communications. The company was named one of the top emerging innovation companies by the global Security Innovation Network (SINET), which includes the US Department of Homeland Security and the Home Office in the United Kingdom. The company’s CEO delivered a message of warning with regard to the current vulnerabilities in securing sensitive data, and the idea that effective security will rely on quantum encryption to help mitigate those vulnerabilities.

“Organizations are increasingly recognizing that data breaches will occur and that even if systems are compromised, they need to continue to operate. Strong encryption will be necessary to robustly safeguard data, however, ubiquitous encryption is difficult and challenges still lie ahead. As we expand globally, we look forward to educating new markets on the commercial benefits of quantum-based encryption.”

QWave is a venture capital firm focused on seeking out early-stage private companies with breakthrough physics and materials science-based technology. The firm made a $5.6M investment for a minority stake in Switzerland-based quantum encryption company ID Quantique. Dr. Kouzmine detailed his firm’s rationale behind the investment.

“ID Quantique and Quantum Key Distribution are the future of communication in industries where security and confidentiality are mission-critical. This technology and this company exist because of the tremendous opportunity presented by advancements in quantum mechanics. The academic and scientific advances of the past are becoming the real commercialized technology solutions that will change tomorrow.” 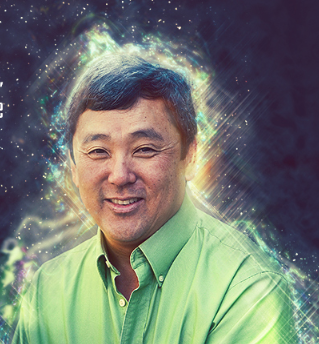 Lockheed Martin is currently collaborating with D-Wave Systems and academia to advance the company’s understanding of quantum computing. Steve Adachi noted some of the details that make quantum computers both unique in their potential and challenging to program for real-world uses.

“Traditional computers have bits that are limited to ‘thinking’ serially in zeroes and ones, while quantum computers have quantum bits or qubits that can ‘think’ in both zeroes and ones, and all of the points in between, all at once. Combine qubits with the fact that quantum computing taps into the physics of entanglement and tunneling, and we’re talking about an entirely new computing language. Problems must be written in a completely different way, making it a true problem of problems.” “We need to make it easier to take a problem that comes up at an engineer’s desk and put it into the computer. There’s a list of shortcomings that need to be overcome in order to arrive at a real technology [including the need to make it ready for Google’s engineers to use].” 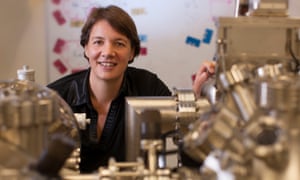 Professor Michelle Simmons is director of the UNSW Centre of Excellence for Quantum Computation and Communication Technology and a well-known quantum researcher. Scientists at the center have recently shown that quantum particles can remain connected after they have been separated so that actions performed on one still affect the other—a phenomenon known as entanglement. Prof. Simmons offered a timeline on the progress and potential for her work.

“Now, we’re aiming to build the first quantum integrated circuit, which we’re aiming for by 2020. Beyond that, we must do error correction, so that if errors come into the chip, you can run multiple processes in parallel to eliminate those errors—and that error correction will take another five years or so. Whether we can control the quantum states and all of that at the fundamental level has now been proven. The big killer is, at what point do we build a processor big enough that it’s faster than a classical computer? That means moving away from small-scale models to integrated processing devices and prototypes. That’s the challenge, and that can be done, we anticipate, within the next decade.”

12. Peter Carr, chair of the NYU Tandon School of Engineering Department of Finance and Risk Engineering

Researchers including Peter Carr, the former managing director and head of market modeling at Morgan Stanley, wrote in a paper that quantum computing can help asset managers solve a difficult problem — wagering on a set of assets over a time horizon that’s divided into multiple periods.

“… we have demonstrated the potential of D-Wave’s quantum annealer [a specific type of quantum computer] to achieve high success rates when solving an important and difficult multi-period portfolio optimization problem.”

Dr. Conte is also the 2015 President of the IEEE Computer Society, a leading publisher of technical material in computing. His research is focused on how to continuously improve computers. He is a firm believer that traditional methods of increasing computer power are slowly dwindling, creating a need for newer and more efficient ways to compute.

“Moore’s law is really, really, really, really going to end. We know it’s going to be over, because at some point in the near future, we’ll be building transistors out of just a handful of atoms. When we’re down to that level, you can’t go too much further. The gig is up, if you will. So we have to figure out something else to do.”

Want more data on quantum computing startups? Log in to CB Insights or sign up for free below.