Quantum computing remains a nascent technology, but its potential is already being felt across many sectors. From healthcare to finance to artificial intelligence, we look at the industries poised to be reshaped by quantum computers.

Quantum computers will soon be able to tackle some problems much faster than any conventional computer. These capabilities could especially impact how businesses approach challenges involving a daunting number of variables and potential outcomes — like simulating chemical interactions, optimizing logistics, or sorting through massive datasets.

The emerging technology has the potential to reshape countless sectors, but some will have to adapt more quickly than others.

Below, we look at 9 spaces where quantum computing is already making waves.

Quantum computers could impact healthcare in a number of ways.

For example, Google recently announced that it had used a quantum computer to simulate a chemical reaction, a milestone for the nascent technology. Though the specific interaction was relatively simple — current classical computers can model it too — future quantum computers should be able to simulate complex molecular interactions much more accurately than classical computers. Within healthcare, this could help speed up drug discovery efforts by making it easier to predict the effects of drug candidates.

Another area where drug discovery could see a boost from quantum computing is protein folding. Startup ProteinQure — which was featured by CB Insights in the 2020 cohorts for the AI 100 and Digital Health 150 — is already tapping into current quantum computers to help predict how proteins will fold in the body. This is a notoriously difficult task for conventional computers. But using quantum computing to address the issue could ultimately make designing powerful protein-based medicines easier. 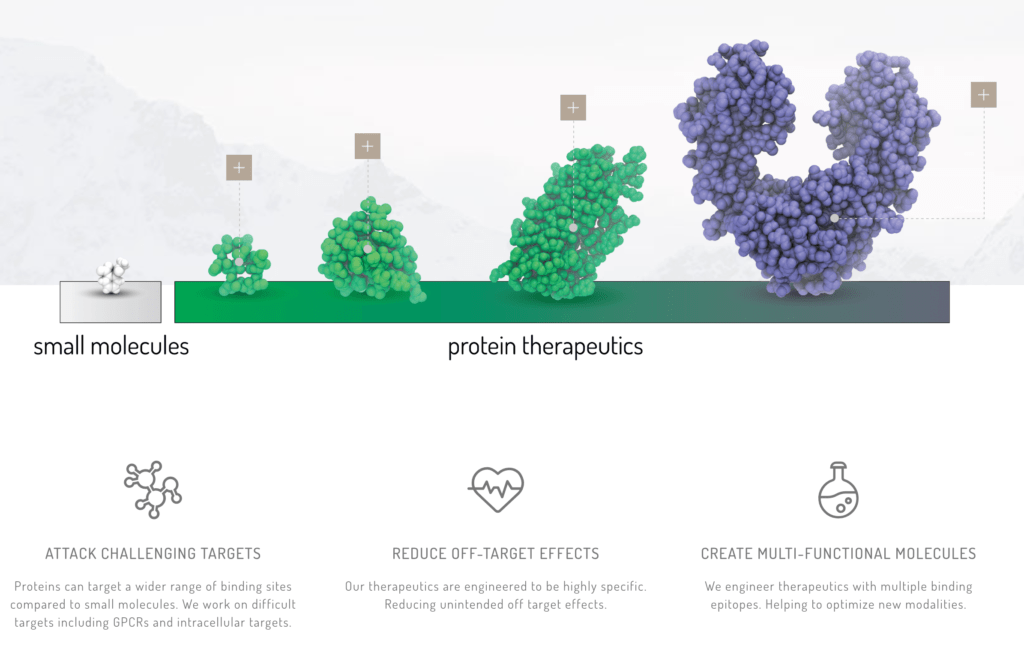 Genome sequencing creates lots of data, meaning that analyzing a person’s DNA requires a lot of computational power. Companies are already rapidly reducing the cost and resources needed to sequence the human genome; but a powerful quantum computer could sift through this data much more quickly, making genome sequencing more efficient and easier to scale.

A number of pharma giants have shown interest in quantum computing. Merck’s venture arm, for instance, participated in Zapata’s $38M Series B round in September 2020. Meanwhile, Biogen partnered with quantum computing software startup 1QBit and Accenture to build a platform for comparing molecules to help speed up the early stages of drug discovery.

CB Insights clients can check out this report for more on how quantum technologies are reshaping healthcare. 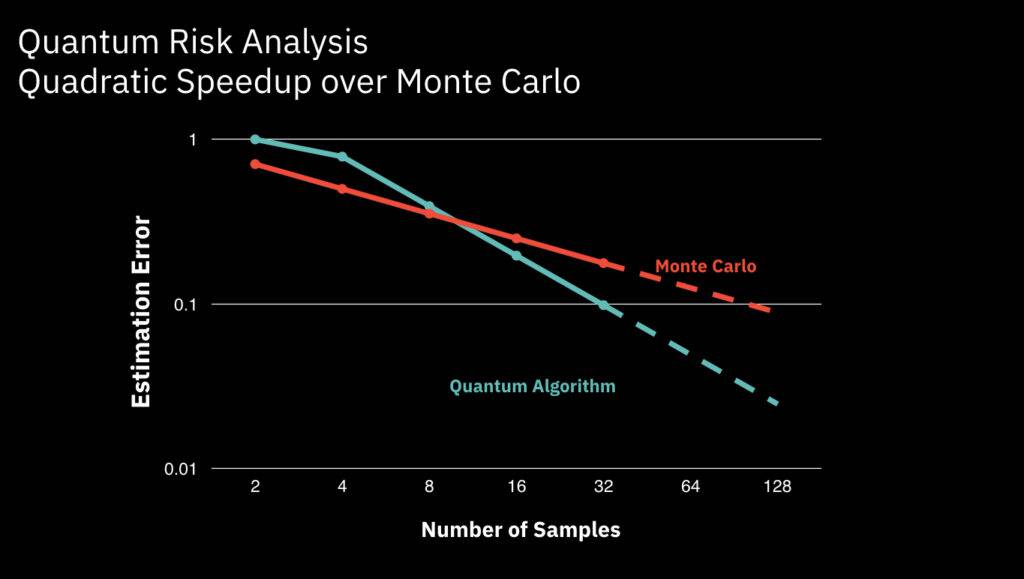 A number of financial institutions including RBS, the Commonwealth Bank of Australia, Goldman Sachs, Citigroup, and more have invested in quantum computing startups.

Some are already starting to see promising results. John Stewart, RBS’s head of global innovation scouting and research told The Times newspaper that the bank was able to reduce the time taken to assess how much money needed to be offset for bad loans from weeks to “seconds” by using quantum algorithms developed by 1QBit.

Cybersecurity could be upended by quantum computing.

This prospect emerges from Shor’s Algorithm, a quantum algorithm that was theorized in the 1990s. This technique describes how a suitably powerful quantum computer — which some expect could emerge around 2030 — could very quickly find the prime factors of large numbers, a task that classical computers find extremely difficult. RSA encryption relies on this very challenge to protect data being shuttled around online.

But companies are emerging to counter this threat by developing new encryption methods, collectively known as “post-quantum cryptography.” These methods are designed to be more resilient to quantum computers — often by creating a problem that even a powerful quantum computer wouldn’t be expected to have many advantages in trying to solve. Companies in the space include Isara and Post Quantum, among many more. The US National Institute of Standards and Technology (NIST) is also backing the approach and is planning to recommend a post-quantum cryptography standard by 2022. 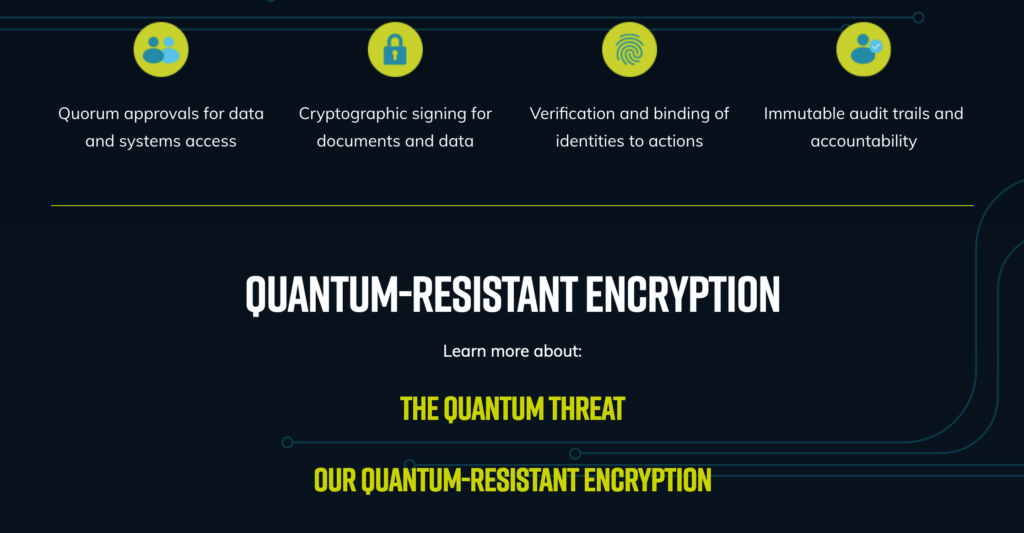 Though QKD currently faces practical challenges like the distance over which it is effective (most of today’s QKD networks are pretty small), many are expecting it to soon become a big industry. Toshiba, for instance, said in October 2020 that it expects to generate $3B in revenue from QKD applications by the end of the decade.

Quantum computing’s threat to encryption extends to blockchain tech and cryptocurrencies — including Bitcoin and Ethereum — which rely upon quantum-susceptible encryption protocols to complete transactions.

Though specific quantum threats to blockchain-based projects vary, the potential fallout in worst-case scenarios could be severe.

For example, about 25% of bitcoins (currently worth hundreds of billions of dollars) are stored in such a way that they could be easily stolen by a quantum computer-equipped thief, according to an analysis from Deloitte. Another fear is that quantum computers could eventually become powerful enough to decrypt and interfere with transactions before they’re verified by other participants on the network, undermining the integrity of the decentralized system.

And that’s just Bitcoin. Blockchain tech is being used more and more for applications within asset trading, supply chains, identity management, and much more.

Rattled by the profound risks posed by quantum computers, a number of players are moving to make blockchain tech safer. Established networks like Bitcoin and Etherum are experimenting with quantum-resistant approaches for future iterations, a new blockchain protocol called the Quantum Resistant Ledger has been set up that’s specifically designed to counter quantum computers, and startups including QuSecure and Qaisec say that they’re working on quantum-resistant blockchain tech for enterprises.

Quantum-resistant blockchains may not fully emerge until post-quantum cryptography standards are more firmly established in the coming years. In the meantime, those running blockchain projects will likely be keeping a nervous eye on quantum computing advancements.

Check out our explainer for more on how blockchain tech works.

Google, for instance, says that it’s developing machine learning tools that combine classical computing with quantum computing, stating that it expects these tools to even work with near-term quantum computers.

Similarly, quantum software startup Zapata recently stated that it sees quantum machine learning as one of the most promising commercial applications for quantum computers in the short term.

Though quantum machine learning may soon offer some commercial advantages across a broad range of areas — including autonomous vehicles and predicting the weather — future quantum computers could take AI even further.

Take a look at this report for other emerging AI trends.

Quantum computers are good at optimization. In theory, a complex optimization problem that would take a supercomputer thousands of years to solve could be handled by a quantum computer in just a matter of minutes.

Given the extreme complexities and variables involved in international shipping routes and orchestrating supply chains, quantum computing could be well-placed to help tackle daunting logistics challenges.

DHL is already eyeing quantum computers to help it more efficiently pack parcels and optimize global delivery routes. The company is hoping to increase the speed of its service while also making it easier to adapt to changes — such as canceled orders or rescheduled deliveries. 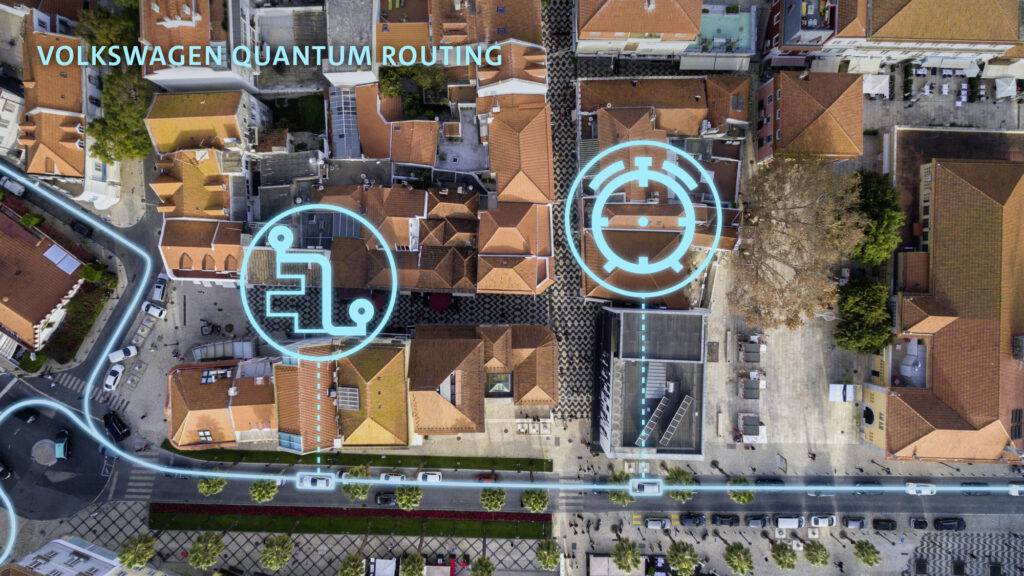 For example, Volkswagen, in partnership with D-Wave Systems, ran a pilot last year to optimize bus routes in Lisbon, Portugal. The company said that each of the participating buses was assigned an individual route that was updated in real time based on changing traffic conditions. Volkswagen states that it intends to commercialize the tech in the future.

One area the company is looking at is quantum annealing for digital modeling and materials sciences. For instance, a decent quantum computer could quickly filter through countless variables to help determine the most efficient wing design for an airplane.

Other companies, including Daimler and Samsung, are already using quantum computers to help research new materials for building better batteries.

IBM has also identified manufacturing as a target market for its quantum computers, with the company highlighting areas like materials science, advanced analytics for control processes, and risk modeling as key applications for the space. 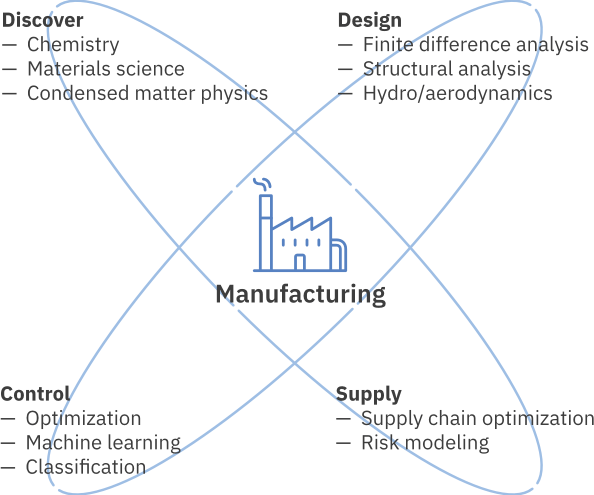 Though quantum computing will likely be implemented in manufacturing only gradually as more powerful machines emerge over the coming years, some companies — including machine learning startup Solid State AI — are already offering quantum-supported services for the industry.

Nearly all of the fertilizers used in agriculture around the world rely on ammonia. The ability to produce ammonia (or a substitute) more efficiently would mean cheaper and less energy-intensive fertilizers. In turn, easier access to better fertilizers could help feed the planet’s growing population.

Ammonia is in high demand and is estimated to be a $77B global market by 2025, according to CB Insights’ Industry Analyst Consensus.

Little recent progress has been made on improving the process to create or replace ammonia because the number of possible catalyst combinations that could help us do so is extremely large — meaning that we essentially still rely on an energy-intensive technique from the 1900s known as the Haber-Bosch Process.

However, a powerful quantum computer could be used to much more efficiently analyze different catalyst combinations — another application of simulating chemical reactions — and help find a better way to create ammonia.

Moreover, we know that bacteria in the roots of plants make ammonia every day with a very low energy cost using a molecule called nitrogenase. This molecule is beyond the abilities of our best supercomputers to simulate, and hence better understand, but it could be within the reach of a future quantum computer.

Governments around the world are investing heavily in quantum computing research initiatives, partly in an attempt to bolster national security.

Defense applications for quantum computers could include, among many others, code breaking for spying, running battlefield simulations, and designing better materials for military vehicles.

Last year, the US government announced an almost $625M investment in quantum technology research institutes run by the Department of Energy — companies including Microsoft, IBM, and Lockheed Martin also contributed a combined $340M to the initiative. 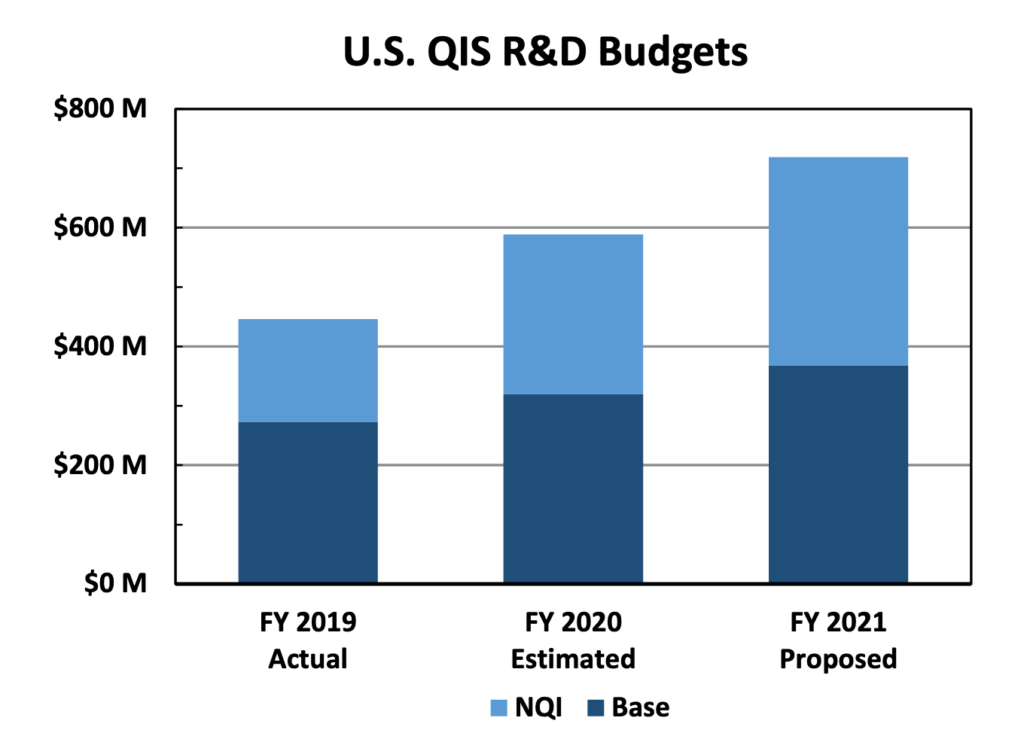 The US is investing more in quantum information science (QIS) research, including quantum computing. Source: The US National Quantum Coordination Office

Similarly, China’s government has poured billions of dollars into numerous quantum technology projects and a team based in the country recently claimed to have achieved a quantum computing breakthrough.

Though it is uncertain when quantum computing may play an active role in national security, it is beyond doubt that no country will want to fall behind the capabilities of its rivals. A new “arms race” has already begun.

For more on what quantum computers are, the investment landscape, and how the tech is being applied across industries, check out this report.