There were nearly 4X as many quantum computing funding rounds in the last three years compared to the previous fourteen.

From secure communications via quantum encryption, to enhanced training for machine learning systems, to the efficient design of meta-materials, there’s massive potential for quantum computing to disrupt nearly every industry.

Starting with D-Wave’s first funding round in 2000, the industry has developed slowly, only to see a rush of newer companies obtaining their first financing more recently.

A few startups, like Rigetti Computing and Qubitekk, are embarking on the capital-intensive challenge of building the hardware necessary to create a commercially viable quantum computer (something D-Wave has already done). Other private companies, like ID Quantique or Post Quantum, are offering security products and services based on quantum encryption. Still others, including QC Ware and Cambridge Quantum Computing, are focusing on software aimed at enterprises running quantum computers. And a few, like Quantum Biosystems, are developing niche quantum computing-based applications, such as advanced genomic sequencing.

Below we’ve put together a timeline of the funding rounds to quantum computing-focused companies, to give a sense of how financing to the industry — and enthusiasm for the technology — has developed. 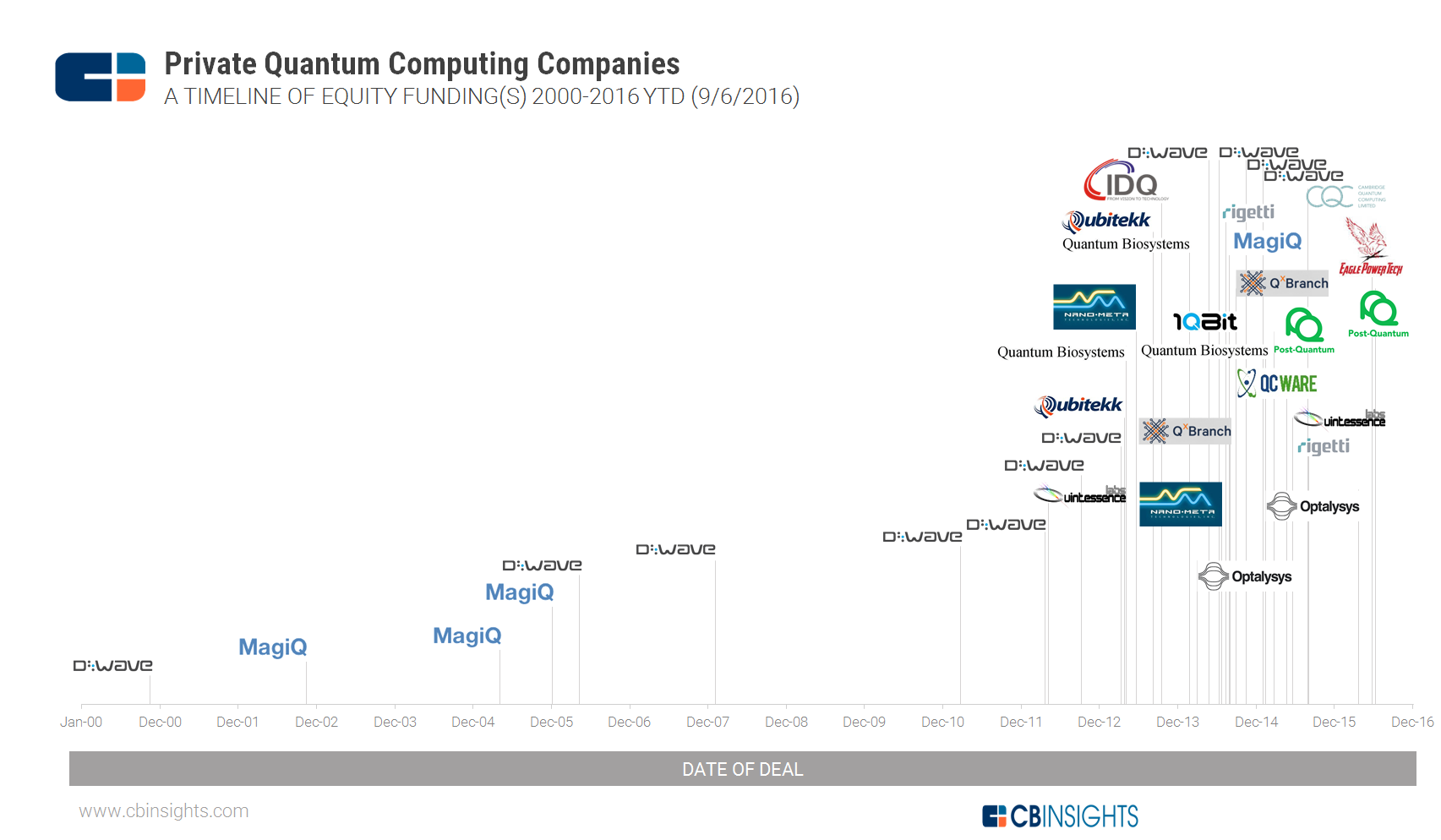 Key takeaways from the timeline:

Want more data on emerging tech trends? Login to CB Insights or sign up for free below.