Quantum computers are advancing rapidly and threaten to disrupt countless industries. We look at what sets them apart from conventional computers.

Quantum computers will soon be able to tackle certain types of problems — especially those involving a daunting number of variables and potential outcomes, like simulating drug interactions or optimizing supply chain logistics — much faster than any classical computer.

Below, we look at what makes quantum computing different from today’s commonplace “classical” computing. 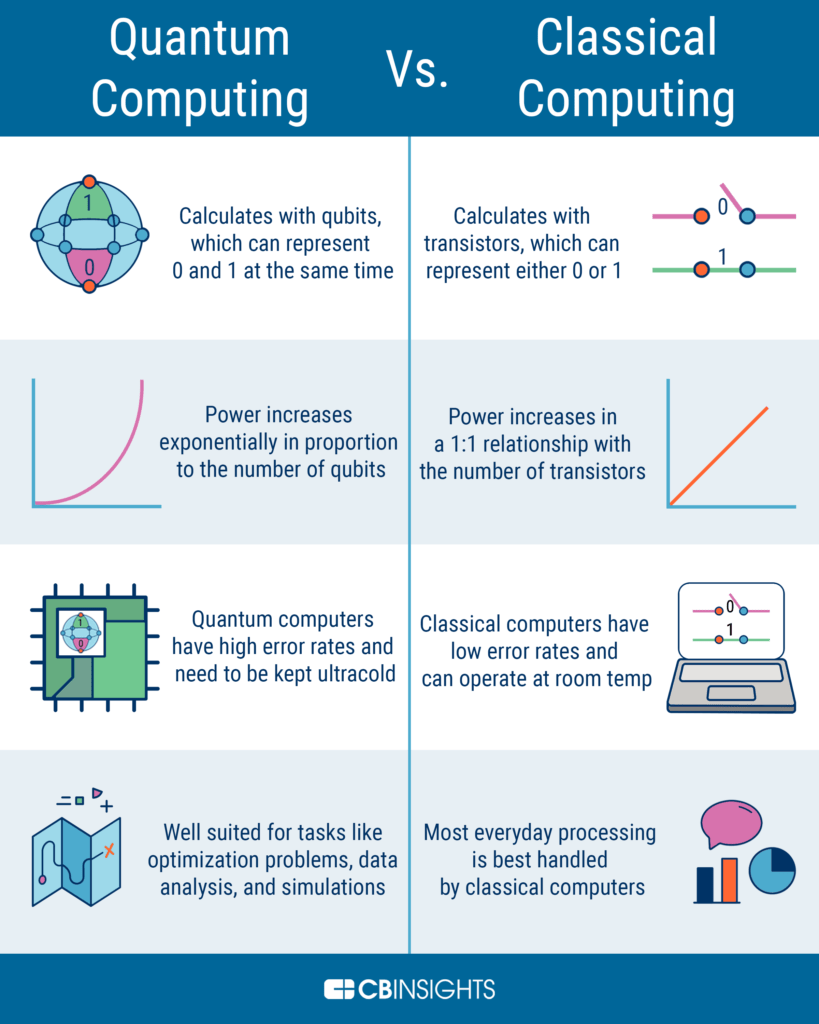 Some key differences between quantum computers and classical computers include:

For more on what quantum computers are, the investment landscape, and how they’re being applied across industries, check out this report.