Great venture capitalists work to ensure they don't miss relevant deals. Here's how they use data to enable and enhance their dealflow sourcing.

One of the things that great VCs do is obsess over the deals they miss and then work to ensure it doesn’t happen again. Sequoia Capital was legendary in the Valley for doing this back in their early days (and given Sequoia’s current track record, this probably stands till today).

Great VCs suffer from Deal FOMO (Fear of Missing Out).

Instead, it simply means instituting processes to ensure you don’t miss deals. You, of course, cannot do all the deals you’ll see nor would you want to, but your goal is to ensure every single potentially relevant deal crosses your desk. If that happens, you’ve solved Deal FOMO.

Right now, at most VCs, there is zero process to address Deal FOMO. Here is what we’ve seen it look like with many customers initially:

Partner sees article about hot SaaS company XYZ getting funded on TechCrunch and sends an email to analysts or associates asking “Did we see this deal?”

At this point, the associate checks the dealflow management system (since partners don’t know how to login to it) to see if it was in there and a whole bunch of emails start to circulate in the firm about whether it was seen, why it wasn’t seen and what will happen to ensure they have that intel going forward.

This process, if we can call it that, is a distraction, inefficient and unconstructive. It’s an exercise in CYA (covering your ass) more than figuring out how to ensure it doesn’t happen again. After all, the deal has happened. The conversation should be about how you ensure deals like this aren’t missed in the future.

We’re going to walk you through how great VCs use data to stop missing deals and how they plug gaps in their deal-sourcing efforts. We’ll walk through three separate strategies you can use to minimize Deal FOMO.

Specifically, this lesson will cover:

For the sake of this example, we’re going to assume you are an investor interested in mobile software & services companies. In particular, you invest at the Series B and C stage with a focus on Silicon Valley companies.

You can, of course, change the parameters of this to whatever is of interest to you. That means, Series A biotech deals or Series C energy storage deals or angel/seed-backed ecommerce deals. The strategies detailed below would remain the same irrespective of your stage, geography or strategic focus.

We’re going to walk you through 3 strategies you can use to ensure that you don’t miss relevant Series B and C mobile software & services deals. 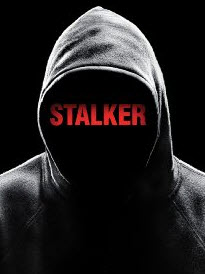 To start, it’s best to look in your proverbial backyard for deals. What that means is that you should stalk the activity of investors that you or your firm already have a good relationship with and where you’ve sourced deals from. Seems logical, right?

There are a few steps here.

Step #1 –  Identify the investors you source & syndicate deals from/with. You may already know this.  If yes, skip to step 2.

If you are an investor, you can check out the Investment Syndicate Dashboard from Investor Analytics on your firm’s profile. Below is an example of Union Square Ventures’ investment syndicate map.

If you’re an acquirer, you can use Acquirer Analytics on your profile to understand the investment firms from which you’ve purchased the most portfolio companies. Below is a screenshot of the investors Google has acquired the most companies from.

Step #2 – With the investors who are good sources of dealflow identified, you want to track their deal activity. You can do this in any number of ways. You can try Google Alerts (they are terribly incomplete + unstructured which means you won’t get all the deals and you’ll have to read articles to get the info).  You could build a crawler to visit portfolio pages of these investors to track changes, or use your own data providers to track private-company data. If you use CB Insights, you can do this by building a feed.

In this example, let’s say you want to track a few firms (Felicis, Floodgate and Lerer Hippeau Ventures) because you’ve done several deals with them. You can create feeds by going to Deal Search and saving the search. Below is a video on how to create a feed for Felicis. Here are detailed step-by-step instructions written out with screen shots as well (if your prefer that to video).  Related: we’d also recently highlighted and built a way to stalk First Round Capital’s deal activity which follows a similar idea.

Once you’ve done that for all 3 firms, your CB Insights homepage (MyCBI) will look like this.  As any of your favored investors (Felicis, Floodgate, Lerer Hippeau) do deals, these feeds will automatically get updated. You can also schedule their deals to be sent to you via email in Excel/CSV using the Scheduled Search capability.

Now we’ll move on to other strategies focused on companies and investors you don’t know. 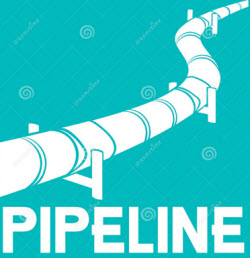 Now, we’ll move into tracking deals you may have not seen. Since you’re interested in Series B and C stage deals, the earlier stage deals in the space are what you want to have visibility into. You can hopefully do this via data providers you might use if not CB Insights. You cannot do this via internet search or googling so please don’t try.

On CB Insights, here is how you’d tackle this.

To do this, visit Company Search. There are several criteria here so the video may make it easiest. Here is what to look for:

You should save relevant searches so you can run these frequently to identify new deals over time.

Step #2 —  Compare all the companies versus your internal dealflow tracking system. Whether you use Salesforce, a spreadsheet or something else, you want to cross-check all these early stage deals with those you’ve already looked at. You can do this by eyeballing the results or downloading to Excel. Or when you get advanced, by programmatically checking against your dealflow systems via our API.

Your goal with this step is to identify the new companies you’ve not seen before.

Step #3 — For all the companies that are new to you, you can decide if they’re relevant and interesting to you. Those that are can be added to your dealflow tracking system as companies to reach out to.

Some VCs will use the same methods used in the lesson on expanding your network to reach out to companies at scale because they want to know everyone in the space. This may be advisable if you’ve tightly defined your areas of interest, but if doing something generic like mobile software & services, it might not be advisable given the sheer quantity of companies. But if doing mobile payments or mobile CRM, it might be worth reaching out just to share your knowledge with them and build your brand and also get useful information about the market. 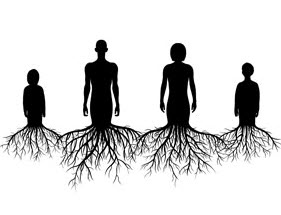 Lineage tracing is a method in biology where you trace the progeny and ancestors of a particular cell. We’re going to think about doing that with companies being the “cell” in our case. But instead of a focus on companies in this case, we’re going to focus on the investors in these deals with a focus on missed deals.

The idea behind lineage tracing in this case is to identify where missed deals came from – who the investors in those deals were. And then ensure we build up relationships with those investors.

First go to Deal Search and enter the criteria and hit See Results.  I searched for mobile software & services B and C deals in Silicon Valley in the last month and see that there are 53 deals that meet my criteria as the screenshot below illustrates. Note: If you run this search, you’ll probably see something different as we’ve added deals since this post was written.

Step #2 — Compare these 53 deals versus your internal dealflow tracking system. Whether you use Salesforce, a spreadsheet or something else, you want to cross-check these 53 with what you’ve seen. You can eyeball the results or download to Excel or when you get advanced, by programmatically checking against your dealflow systems via our API.

In this example, we’ll do it manually, and let’s assume that one of the companies you hadn’t seen was LiquidM. If not doing via Excel download or programmatically via our API, you can visit their profile and the financing tab to see their investors. In step 3, we’ll pull the data together for the companies that were missed.

Step #3 — For the companies you missed like LiquidM and others in this example, create a spreadsheet (template others have used here) of all the investors in those companies – whether you know them or not. Even if you know the investor, the reality is that you still didn’t know about this deal so your relationship with that known investor could still stand to be strengthened.

So looking at the results, let’s say that one of the companies you hadn’t seen was LiquidM.

You go into its profile and get the key details on investors from the Financing tab. In the case of LiquidM, you see that investors include Blumberg Capital, Asset Management Ventures and Earlybird Venture Capital.

Whether you know them or not, add them to the spreadsheet.

Note – We get two primary objections to this step:

#1 — This is beside the point. The goal of the Deal FOMO exercise is to see every deal. Unless every deal you’ve ever done has been a big winner, the reality is that just because today’s deal by these investors is bad doesn’t mean that tomorrow’s will also be terrible. Plus, you can always just say no.

If you’re swimming in more proprietary dealflow than you know what to do with, please. Being a connected investor yields better performance. Why not use data to scale your network?

Moral of the story: Don’t be too judgmental at this stage. Just get every single player in the space on the list.

#2 — Again, knowing the investor is irrelevant. Knowing an investor and really “knowing” an investor are two different things. If you didn’t see the deal, that means your relationship could stand to be strengthened. You are not top-of-mind with them for these types of deals and you want to be. That is a problem and this exercise can help address it.

Step 4 — Reach out via email (mail merge when ready to scale) to start building the network. Step 4 of the process can be remarkably similar to the process we showed you in the earlier lesson about expanding your network. The one additional wrinkle here is that you should also reach out to investors you know who did the deal as mentioned above.

The goal really is the same. You are trying to ensure that the investors doing deals in companies of interest to you know and ideally think of you the next time they have a deal that might be interesting to you.

You may not think the deal they bring you next time is a good one, but the point is that they brought you the deal. You’re no longer missing out. FOMO over.

You can use this template to submit your homework assignments.