Research Brief
2639
The global venture capital pullback deepened in Q1'16, as investors dialed back deals and funding for a second-straight quarter.

2015 saw record levels of investment to VC-backed companies, but Q4’15 saw a dramatic drop in global funding and deals from the exuberant highs of the previous two quarters. In the latest KPMG International and CB Insights Venture Pulse Report, we looked at how activity trended in Q1’16.

We found that the data reflected a further pullback to start the year, as negative sentiment weighed on the New Year. Worries over rising valuations, pressure in public tech markets, and broader macroeconomic concerns in Asia resulted in a further slowdown in deals and investment to VC-backed companies.

Global funding fell 8% versus the previous quarter as mega-round activity continued to cool. Deal count was a bit more stable, but nevertheless fell 4% as opposed to recovering from the more drastic drop-off seen at the close of 2015. The slack in deal count can be attributed to the drop-off in seed-stage activity (see more on the seed-stage pullback, below). 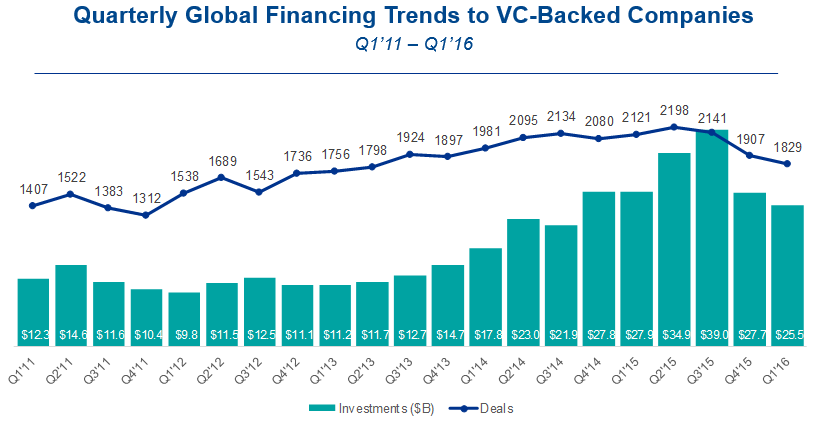 Globally, the share of deals going to seed-stage investments retreated for a second-consecutive quarter, down to a 5-quarter low of 28%. By contrast, Series A share has crept upwards to a 5-quarter high, from 22% in Q1’15 to 26% in Q1’16. 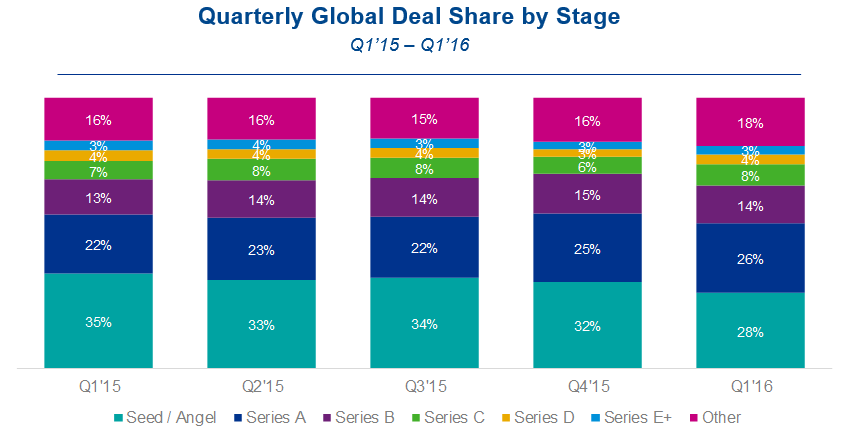