Research Brief
2143
A NASDAQ-listed company is caught in the fallout caused by the rout in taxi medallion prices.

New York City taxi medallions, once hailed as one of the best-performing investments in America, have fallen in value from over $1M in 2014 to nearly $650k in August 2015, a drop of more than 30%. Many are calling this the “Uber Effect,” because of the large number of drivers that have entered the New York City market without needing to purchase a previously costly medallion. 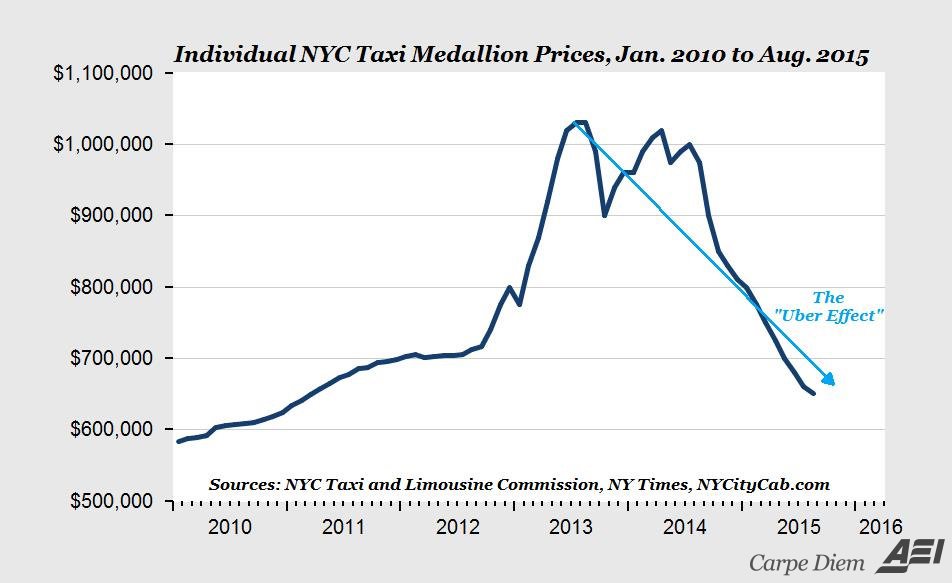 With this in mind we used CB Insights’ valuation data to look at how the rise of Uber’s valuation correlates with the market capitalization of Medallion Financial Corp (NASDAQ: TAXI). Medallion Financial is a publicly-traded company that originates, acquires, and services loans used to purchase taxi medallions in several large US urban markets that Uber is also active in, including New York. We charted the stock price of TAXI versus the valuations for many of Uber’s rounds since 2010.

We found that TAXI has also been hammered by an “Uber Effect,” with its price down even more than the decline seen by New York City medallions. TAXI’s stock price is down nearly 49% since Uber raised its breakout $258M Series C at a $3.5B valuation. (The NASDAQ is up ~26% in the same time period.)

Uber’s valuation is up over 13x.

The full chart below.

Want more on-demand company data? Login to CB Insights or sign up for free below.