Research Brief
1717
Why go public when the private markets have so much money? Just two U.S.-based VC-backed tech companies have gone public in 2015 raising a combined $250M in their public offerings while private tech startups have raised over $9.8B to date.

Driven by a mix of hedge funds, mutual funds, corporates, sovereign wealth and private equity investors, funding to private tech companies is flowing freely. But IPO fundraising is relatively non-existent in the US this year.

The chart below highlights the gargantuan public-private tech fundraising discrepancy in 2015 given the basic absence of U.S. VC-backed tech IPOs in the first 2.5 months of the year. 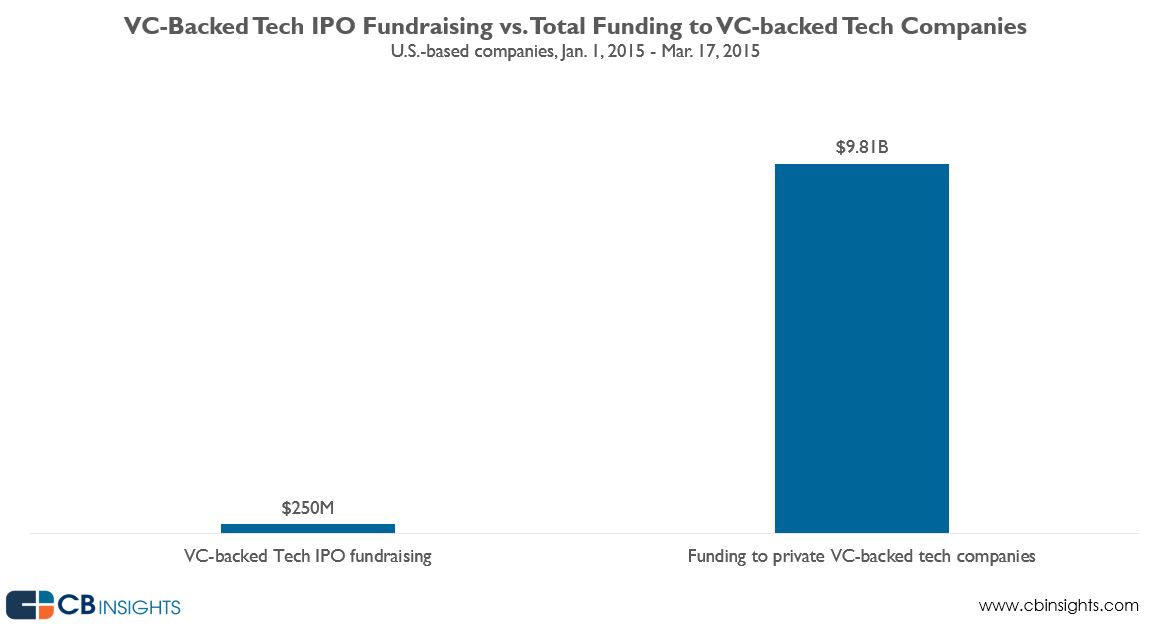 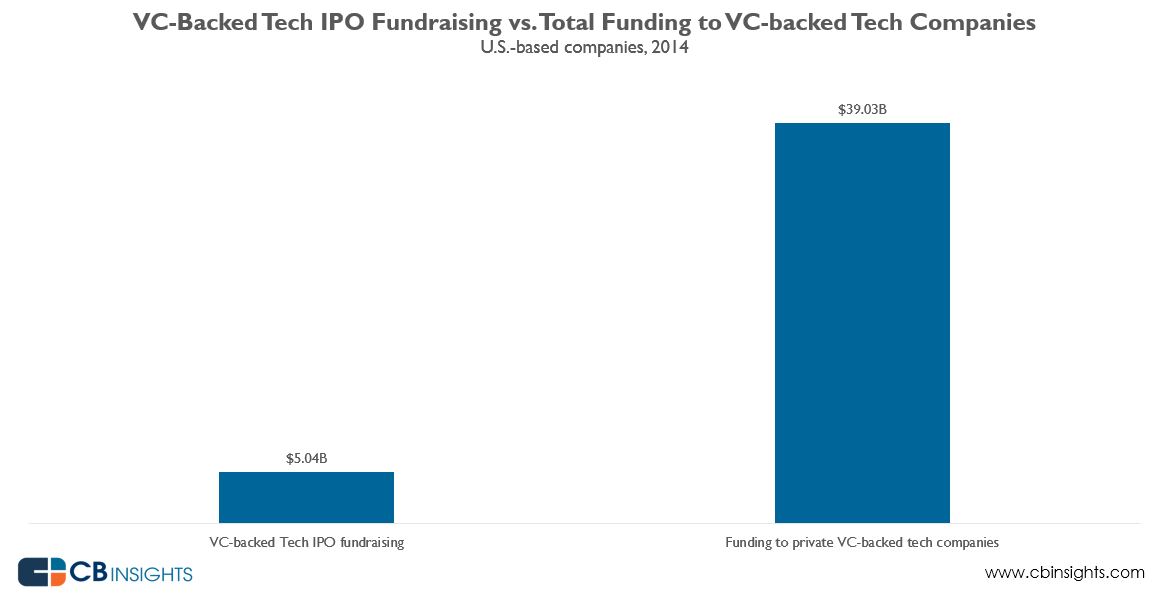 Track every unicorn financing and IPO in a click. Check out the CB Insights Venture Capital Database. Sign up free below.