A look at investment trends to startups distributing policies or providing software for property and casualty insurance including auto, homeowners, and cyber risk.

As startups invade various lines of property & casualty insurance including auto, homeowners, and cyber, investment deal activity to startups distributing P&C policies and/or offering software and services across the P&C insurance value chain has jumped by over 4X between 2013 and 2016 year-to-date, according to CB Insights data.

This year, P&C insurance tech deals have already nearly doubled compared to full-year 2015, with growth of 92%. Two of the last three quarters have seen 30+ deals, whereas before 2016 no quarter had surpassed the 16-deal mark. 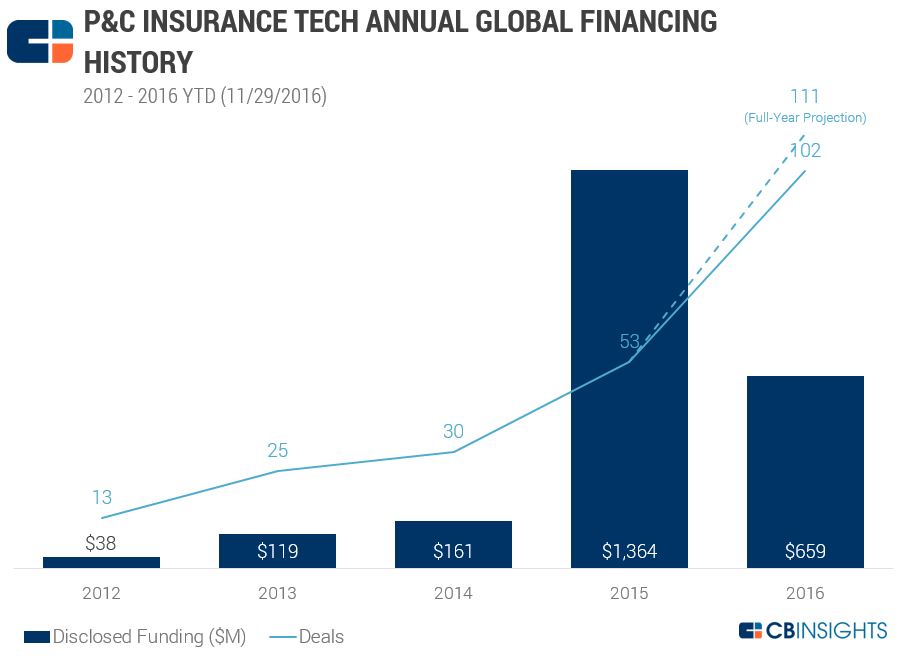 On a quarterly basis, P&C insurance tech deals hit their highest point since 2012 in Q1’16, when startups in the category raised $264M across 39 deals. P&C insurance tech startup deal activity has hit 30+ deals in two of the three quarters in 2016 to date. 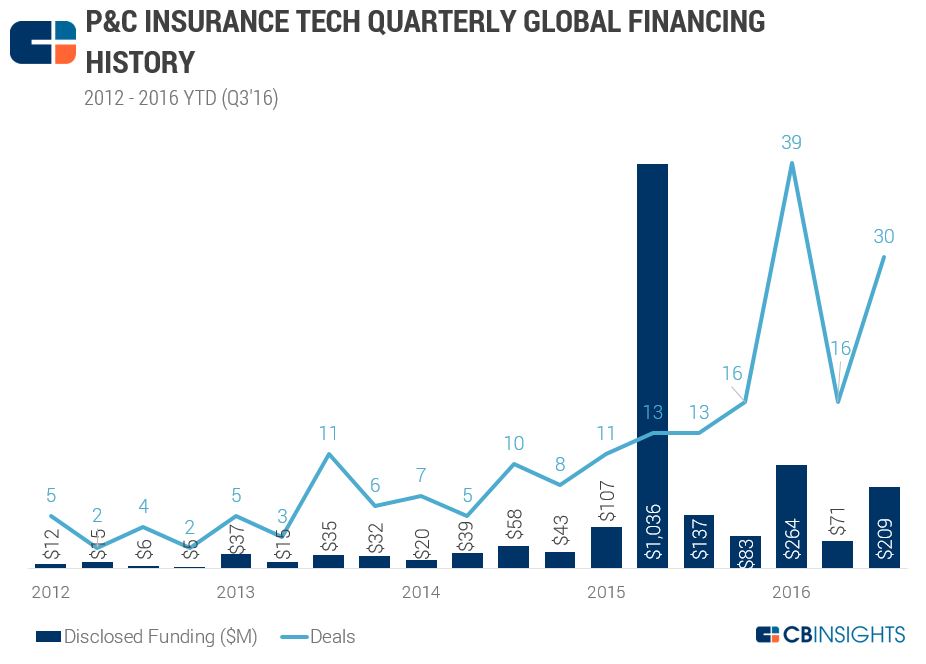 Select companies that have raised early-stage funding in 2016 YTD include: 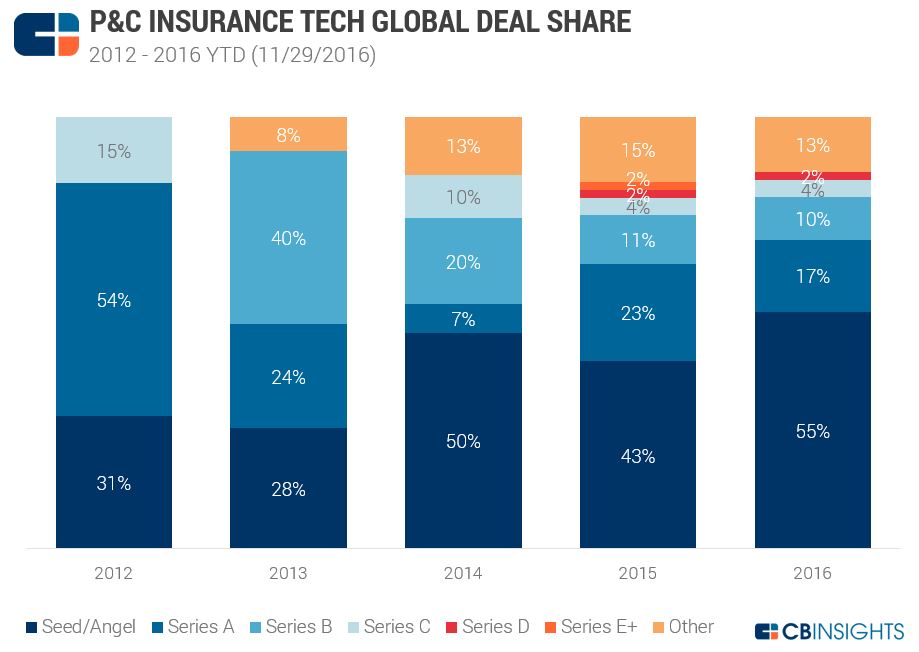 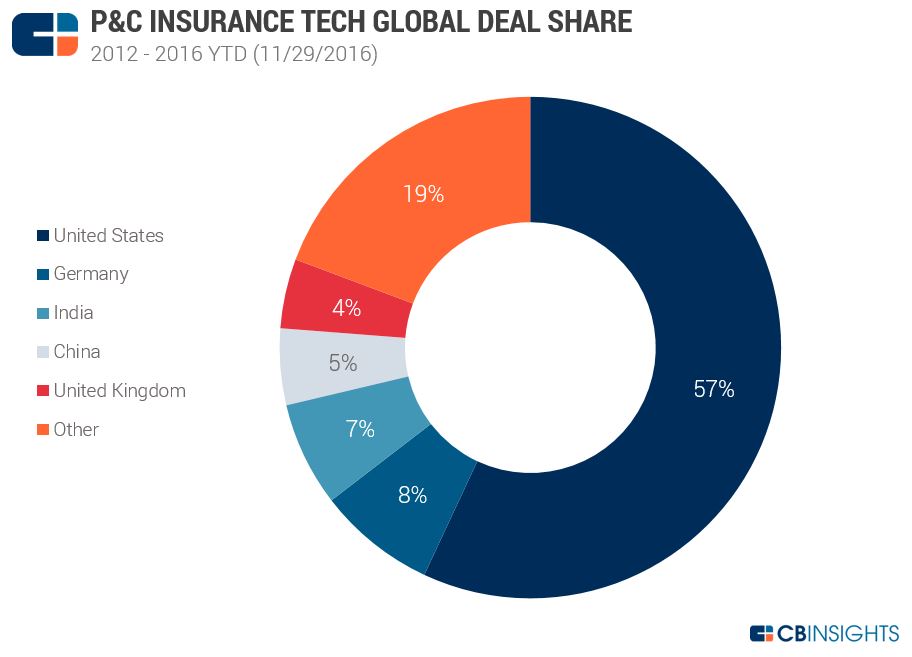 Among investors who have made multiple bets on tech startups enabling or distributing insurance in P&C insurance, 500 Startups has invested in the most startups with investments including Embroker, Indio, and Albert. 500 Startups has also had several P&C insurance startups graduate from its accelerator program including Trym, BrightPolicy, and Inzmo. Other investors in the top 5 include Route 66 Ventures, Ribbit Capital and NEA. XL Innovate is the only corporate venture capital investor in the top 5 most active firms.

Below are the 20 largest P&C insurance tech investment rounds since the start of 2015. The 20 deals comprised over $1.65B in aggregate funding. 18 of the 20 are focused on the selling of P&C insurance policies vs. selling into the P&C insurance industry.

Want more data about insurance tech? Log in to CB Insights or sign up for free below.