A host of venture-backed startups have propelled property & casualty insurance tech investment deals to a new high in 2016, with three months still to go in the year, according to CB Insights data. The startups are working across various P&C  categories, including small commercial, renters and homeowners, cyber, auto, and more.

In fact, deals to startups who distribute policies and/or provide software and services across the P&C insurance value chain have jumped to over 75 in 2016 year-to-date, a rise of 50% compared to all of 2015.

As the chart below highlights, Chinese online P&C insurance carrier Zhong An‘s $931M round took the large majority of investment dollars in 2015. Stripping that out, P&C insurance funding is also on pace to top 2015’s high. 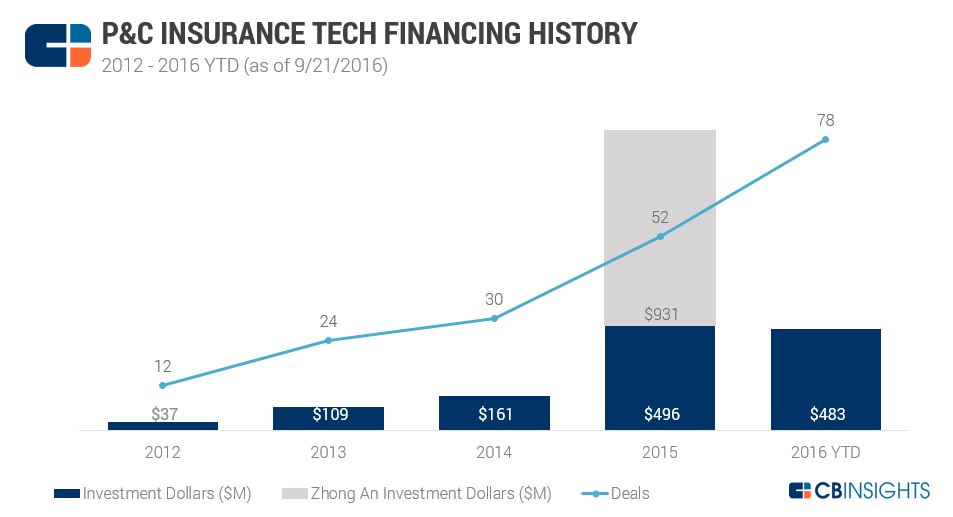 When we look specifically at seed/angel and Series A rounds, we see that nearly 70% of all deals in the P&C insurance tech space in 2016 to date went to early-stage investment activity compared to just over 60% in 2015. 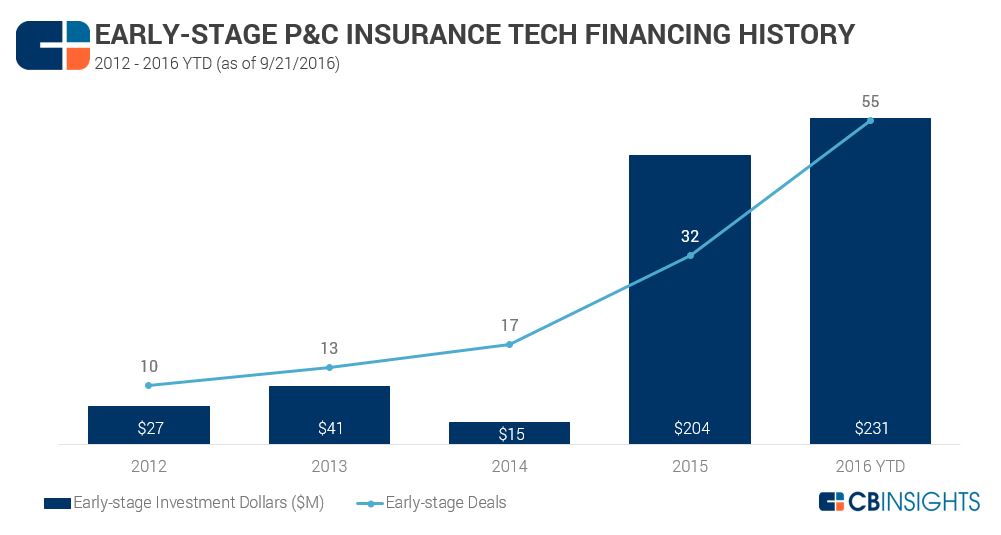 Per-mile car insurance startup Metromile accounts for the largest fundraise in 2016 YTD. The company has raised $191.5M since late 2014, with plans to use a portion of its funding to buy insurance carrier Mosaic Insurance. The 10 largest disclosed P&C insurance tech rounds as of 9/21/2016 raised $336M in aggregate funding. Five of the rounds went to US-based startups, while three went to European startups.