While tech IPOs are relatively non-existent, the private IPO is booming.  As we highlighted in the Q1 2015 venture capital report (download the free 121 page report here), it is much easier to raise money at a billion dollar valuation than exit at one.

And so we wanted to see how prevalent the idea of the private IPO has become within tech.

First, some context on the term Private IPO.  (We realize the term is a bit of an oxymoron)

In a recent post, First Round Capital’s Josh Kopelman called the influx of growth financings in today’s tech ecosystem “the private IPO phenomenon,” writing the following:

I don’t think we’ll fully understand or appreciate the impact of the “private IPO” phenomenon for another decade, or at least until a full cycle plays out…By relying on private financing events as “comps,” we risk pricing new financings (and creating new unicorns) based on stale valuations.

Kopelman’s comments are borne out by the data as detailed below.

Since the start of 2012, quarterly VC-backed tech IPO activity has been flat to down even though funding to venture capital-backed companies has hit levels last seen in the last dot com boom (buoyed by hedge funds, mutual funds, private equity investors).

The median raised in these IPOs was just over $100 million.

Recent public offering details include Q3’14 which saw just one VC-backed tech IPO (TubeMogul). Q4’14 which saw an increase in IPOs including Hubspot, Wayfair and New Relic, before returning to the doldrums in Q1’15 which was headlined by Box. 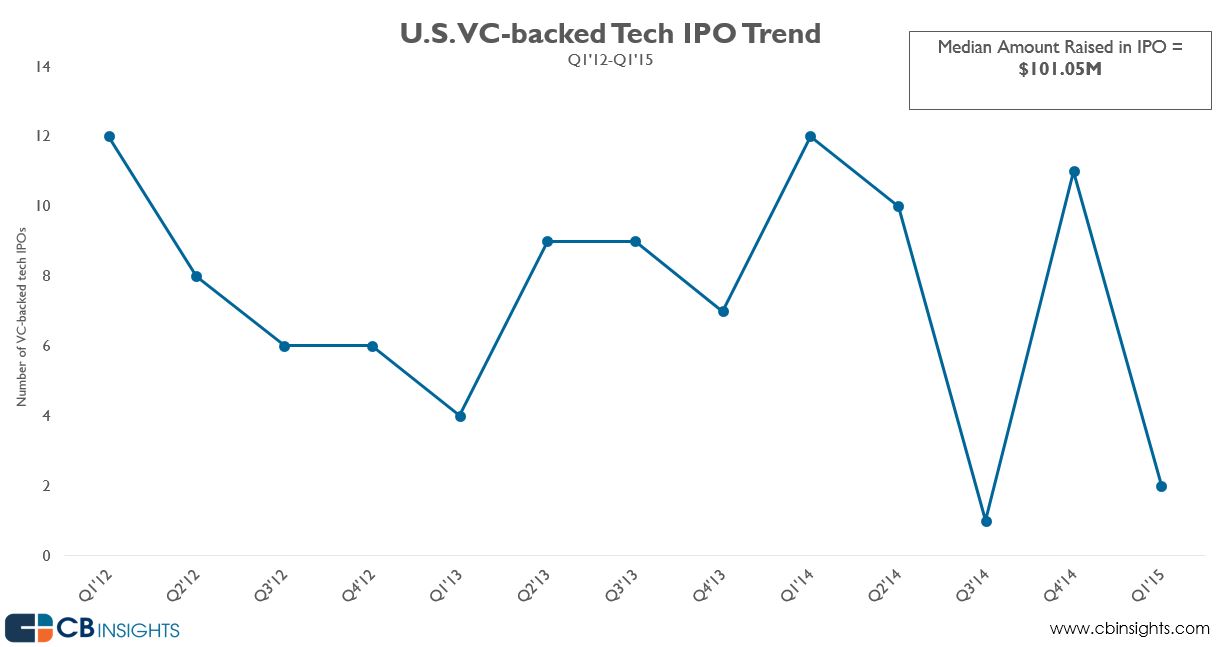 At the same time, $100M+ ‘private IPOs’ have skyrocketed

Private IPOs are clearly on the rise, topping VC-backed tech IPOs in four of the past five quarters. (see the orange line in the graph below)

These rounds are going to a broad array of companies (many are part of the Tech IPO Pipeline) ranging from Uber to Simplivity to Slack to Zuora. The money is not just coming from VCs as previously mentioned but from mutual funds, hedge funds (the Tiger Cubs are particularly active), and even sovereign wealth funds.  In just the first 100 days of 2015, there were 16 new tech unicorns anointed (private companies valued at over $1 billion) highlighting the frenzied pace of private company investment. 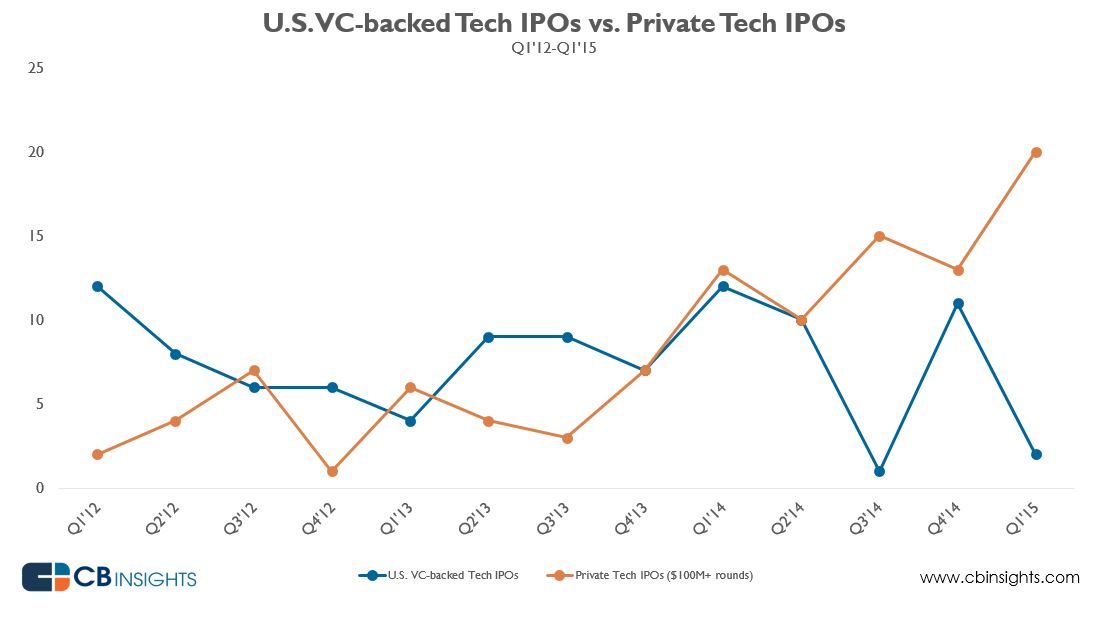 In other words, if one includes Private IPOs and typical IPOs (of the public variety), total tech IPO activity would actually be on the upswing. In total, there were 20+ private IPO + VC-backed tech IPOs in four of the past five quarters. Will the private IPO phenomenon continue to gain steam in 2015 and how dangerous of a phenomenon is it? Leave your thoughts in the comments below. 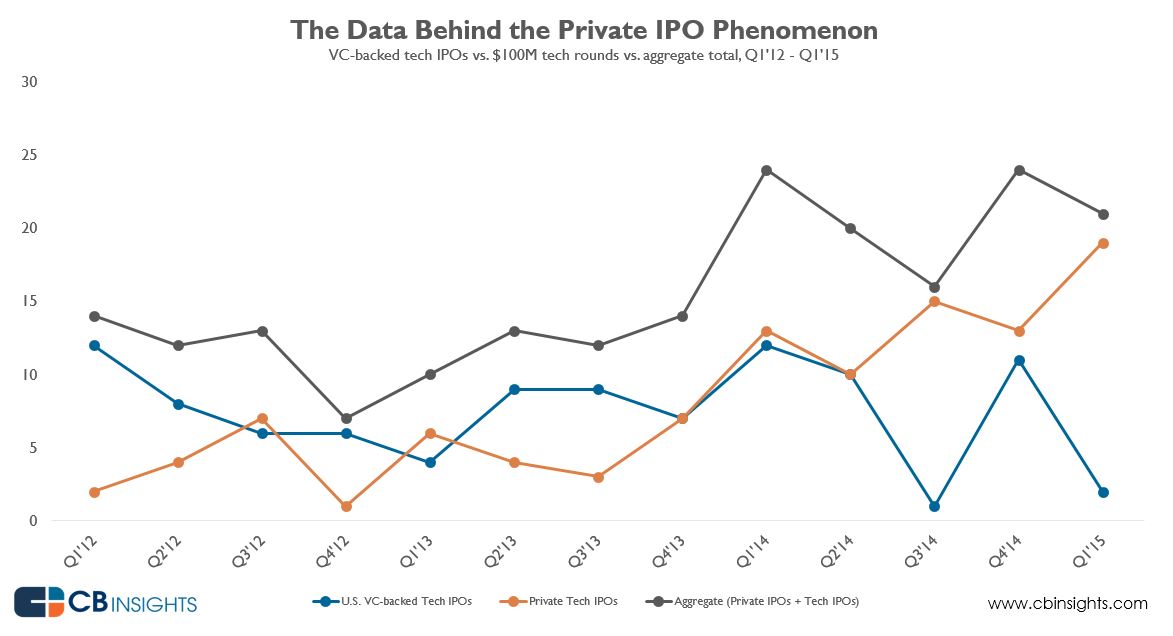 Want to track all traditional IPOs and private IPO activity? Sign up for free below.