Research Brief
1990
The unicorn club is exploding in size, with nearly 40 companies joining the list so far in 2015. Collectively, unicorns are creeping close to a half-trillion dollars in valuation.

2015 has been a huge year for growth in the number of unicorns and their value, with unicorns outside the US weighing heavily in total valuation:

The current unicorn club of private companies worth $1B or more is more than 4x as large now as it was in 2012, in terms of total valuation. The biggest percentage growth in total unicorn valuation happened between 2010 and 2011, when unicorn valuations jumped by more than 7x due to Facebook’s Series E which valued the company at $80B (and subsequently fell at their IPO the next year). 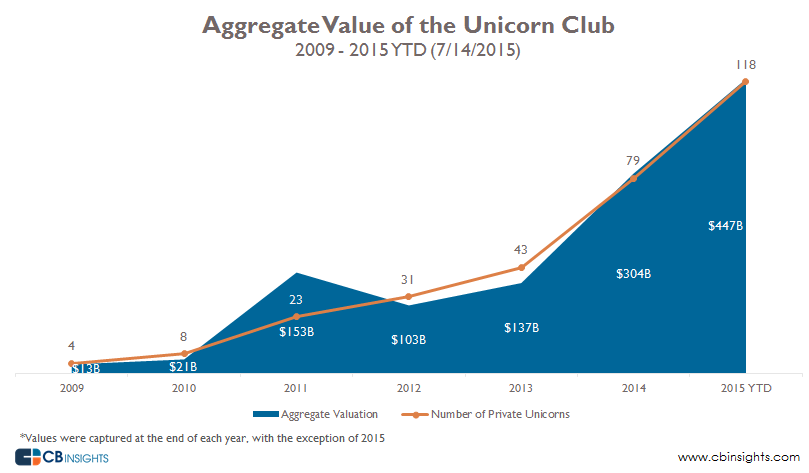 Want more data on company valuations and the unicorn club? Check out our venture capital database below.