Point-of-sale lending startups have seen a recent spike in funding. Here are the top players to watch.

In just the past few weeks:

Here’s what you should know about the POS lending trend.

a transparent alternative to credit cards

Millennials in particular struggle with credit cards — recent studies find that 3 in 5 millennials carry credit card balances month to month, while 45% don’t know the interest rate on their card.

In response, startups are reinventing lending at the point-of-sale. POS lenders are partnering with merchants to provide shoppers — both in-store and online — access to capital.

While POS installments is not a new business, the combination of consumers’ aversion to credit cards and more effective underwriting algorithms has created fresh momentum in the market.

If POS lending startups are able to effectively measure their subprime risk, these startups will thrive.

We rounded up a few key POS lending companies poised for significant growth.

Square: In October, Square announced Square Installments, a segment of Square Capital that will lend to approved borrowers through Square terminals.

Square Installments currently offers POS invoices to consumers buying products worth $250 — $10,000 in 22 states. This service allows sellers to get paid upfront, while also allowing customers to purchase products with 3, 6, or 9-month fixed-payment loans.

Approved borrowers are issued a one-time use card via Square’s partnership with Marqeta. Borrowers are charged an annual percentage rate of 0% — 24%.

In May, Greensky went public, raising $874M on the NASDAQ at a $4.3B valuation. However, the company has traded down over its first couple months on the public markets. 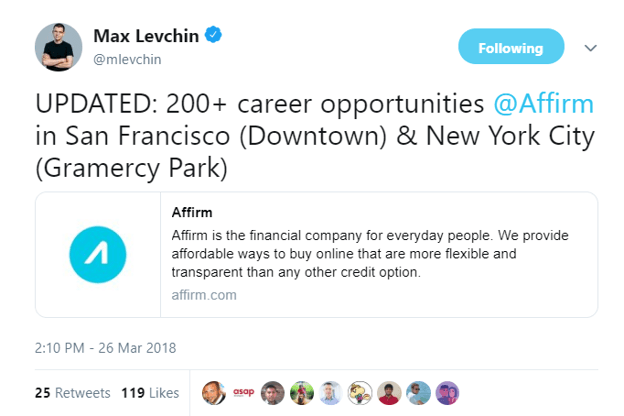 Affirm: In December, Affirm raised a $200M Series E at a $1.8B valuation, from investors including GIC, Founders Fund, Lightspeed Venture Partners, and Ribbit Capital.

Affirm appears to be growing, based on hiring trends.

Recently, Klarna partnered with H&M to build an omnichannel payments service for all H&M’s physical and online storefronts. Klarna’s “try before you buy” pay later service will be included in this partnership.

It is rumored that Klarna has plans to go public in 2019.

Bread claims its white-label service has boosted retailers top-line sales by an average of 15%. In the future, the company has plans to expand into in-store POS lending to become an omnichannel platform.

Divido works with over 1,000 partners, enabling them to offer B2C and B2B finance to customers at checkout.

Divido notably does not provide the line of credit itself or work with a single lender, instead operating as a marketplace model. Lenders compete to offer the most suitable credit.