Celgene has backed more than 15 companies since 2012. Google Ventures joined the list of top investors this year.

Corporate interest in life-science startups developing cancer therapies has been increasing over the years. Corporate-backed deals are up from around 30 in 2012 to nearly 50 so far this year (as of 10/26/16).

We used the CB Insights database to identify and analyze the investment/acquisition trends of the top corporate investors in the space, which have invested in 3 or more unique companies since 2012. Our list includes:

Our cancer therapy category includes drug delivery, drug discovery, biotechnology, and pharma startups with a major focus on oncology or with a leading oncology drug candidate in their pipeline. The companies are working on a variety of technologies including oncolytic viruses, T-cell therapies, epigenetics, and targeted therapies. 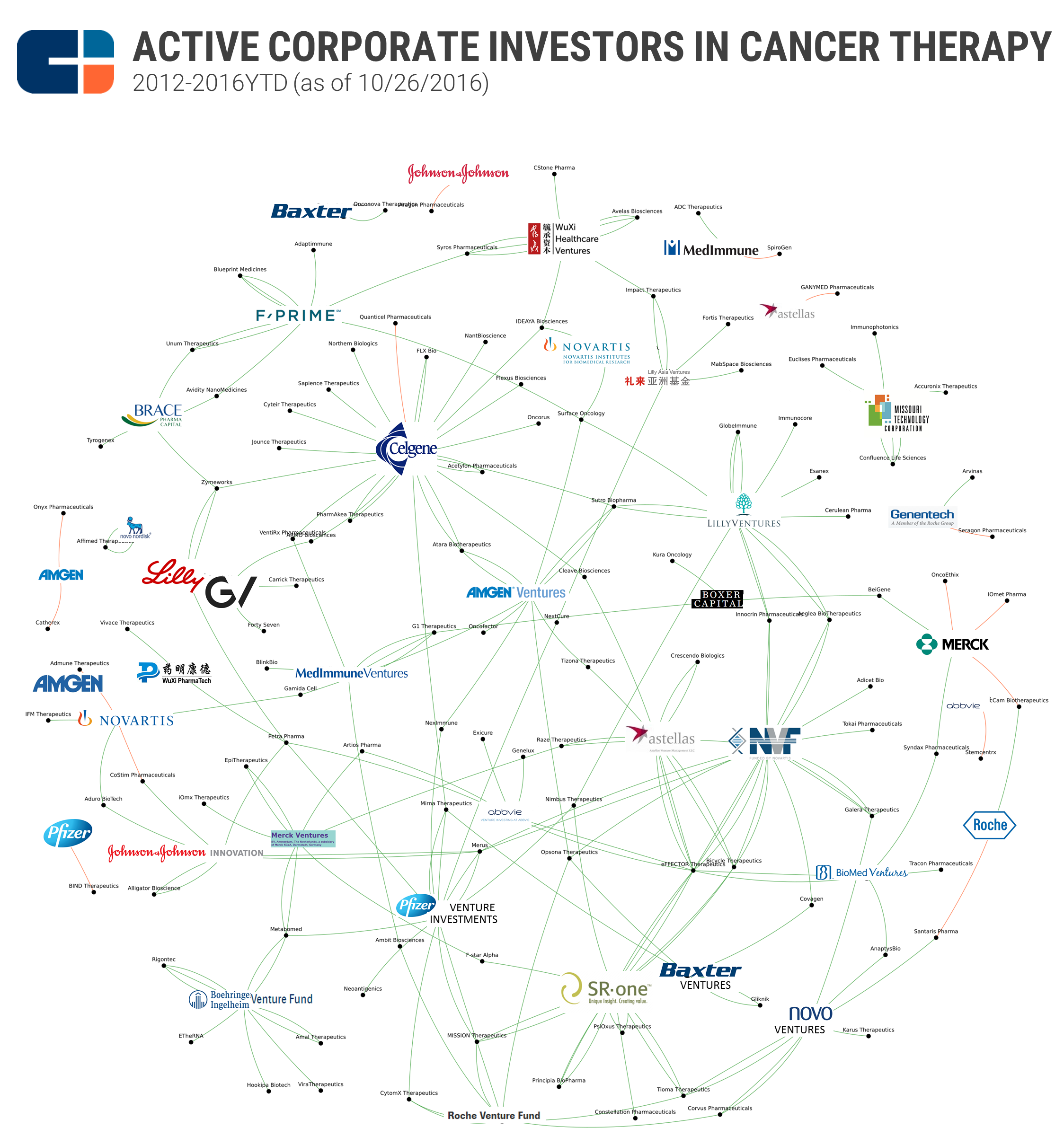 Want more data about cancer therapy companies? Log in to CB Insights or sign up for free below.