OrbiMed, Novartis, and NEA lead as the most active investors in pharma startups since 2013.

Equity funding to startups working in the pharmaceutical industry has clocked in above $10B for the past 2 years. While dollars are on pace for a decline this year, deals are on-track for an all-time high.

Due to the difficulty of assessing the basic science behind a pharma company, managing potential regulatory hurdles, and designing expensive clinical trials, startups in the space often require significant funding. In addition, many investors in this industry tend to be life-science focused VCs or corporates that understand the nuances of the industry. Novartis, Pfizer, GlaxoSmithkline, and Novo Nordisk are just a few of the corporates among the most active pharma investors making private market bets, in addition to directing their own internal drug development pipelines.

We used CB Insights database to round up the most active investors since 2013 in one infographic and rank them by investments into unique pharma companies. 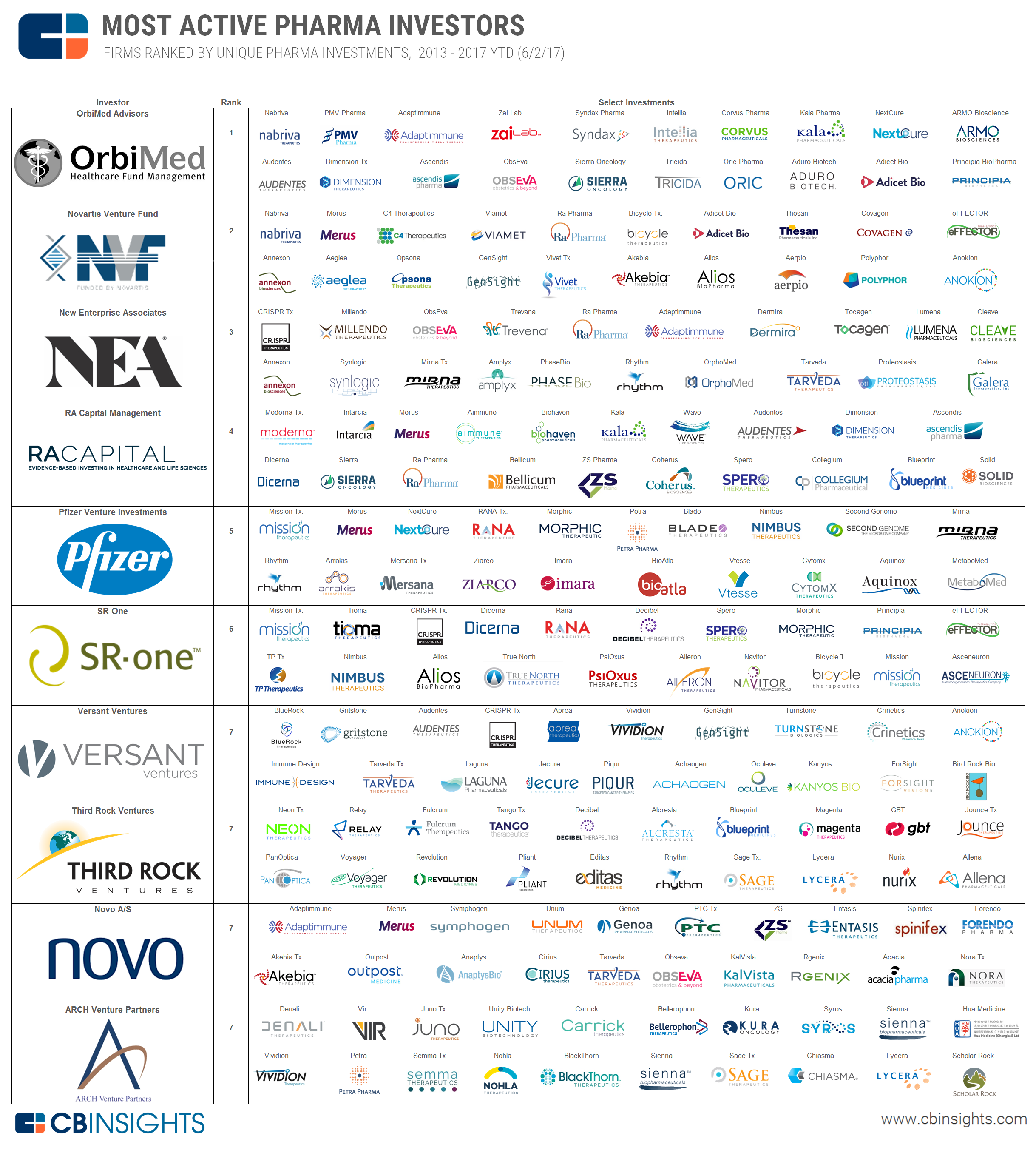 Startups working in oncology, infectious disease, genomic medicine, and many other sectors are transforming the industry. Sign up for a free trial and look for Pharma Startups in the Collections tab.