Digital health startups raised over $6B in equity financing in 2016, and investment into the sector is showing no signs of slowing down. Traditionally, investors in this space have been VCs such as Rock Health and Khosla Ventures or corporate tech giants such as Qualcomm and GE. But health insurers and pharmaceutical corporates are now joining the fray.

While the pharmaceutical sector does have a history of investment into digital health, such as Johnson and Johnson Innovation in Getwell Network or Merck in ImpactRx, both in 2009, such deals were few and far between. However, in the past three years, corporates including Merck, Roche, and GlaxoSmithKline have picked up the pace of digital health investment.

Below, we used CB Insights’ database to create a timeline of digital health investment activity by the top 20 pharmaceutical corporates by revenue and those corporates’ associated venture arms.


We define digital health as companies in the healthcare space that use software as a central piece of the company’s product offering, including but not limited to mobile health, telemedicine, genomics, and electronic medical records. Products like pharmaceuticals, mechanical devices, and hospital systems are excluded. 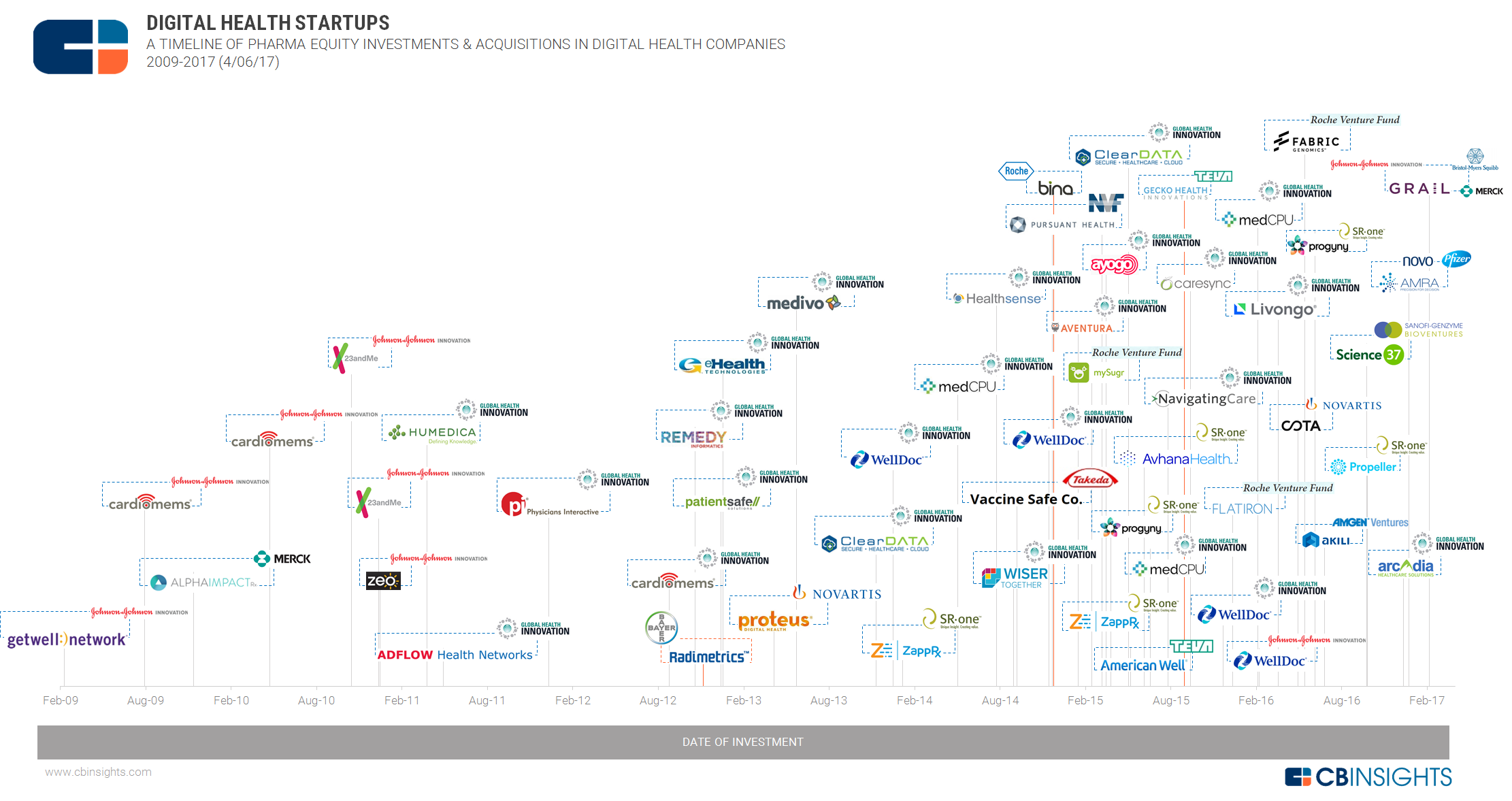