2018 is already seeing big deals in the cancer therapy space with Celgene’s recent buyout of Impact Biomedicines, which develops a key drug for treating complex cancers.

Other big pharma names like Pfizer, Novartis, and GlaxoSmithKline have also been active in the last 5 years with key investments to cancer startups as they make bets to avoid missing out on strengthening their cancer drug pipelines.

But overall, corporate investors — which we define as corporations and their venture arms (CVCs) — slowed down their participation in 2017 from the previous year. 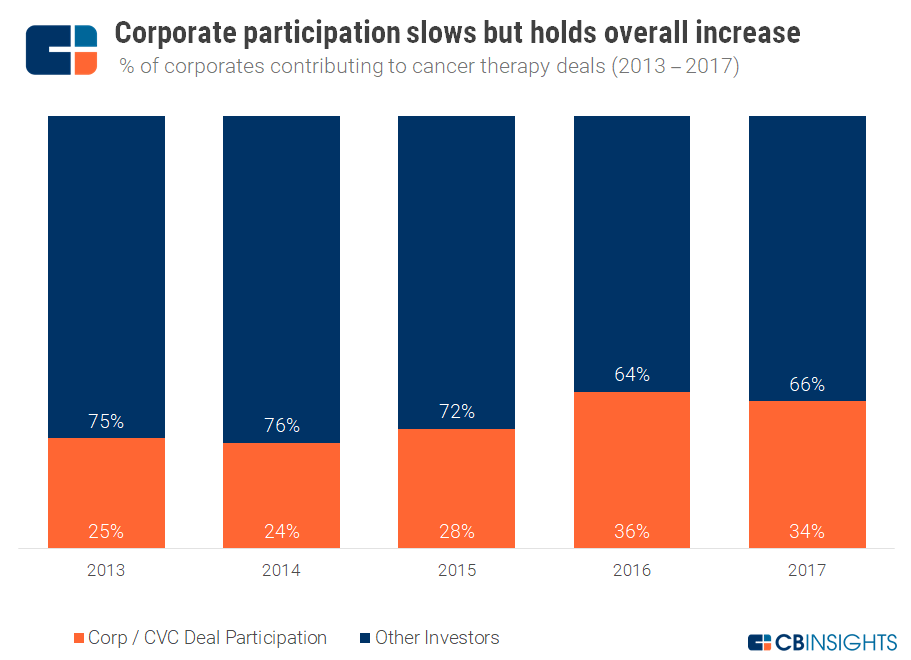 While CVC deal participation dipped slightly, it still contributed to more than a quarter of all deals in this space since 2015.

We used the CB Insights Business Social Graph to highlight the corporate investors that have expanded their cancer therapy portfolio the most in recent years.

Startups working on the discovery and development of cancer therapeutics could transform the landscape of future treatments. Look for Cancer Therapeutics in the Collections tab.

Out of the top 12 corporate investors in our analysis (ranked based on recent number of cancer therapy investments), 9 expanded their respective portfolios in 2014-2017 from 2010-2013.

The graph below shows the activity of Celgene and Boehringer Ingelheim Venture fund, the two companies that saw the greatest increase in number of investments across the time periods among other corporate players. Pfizer Ventures followed with the third most significant increase. 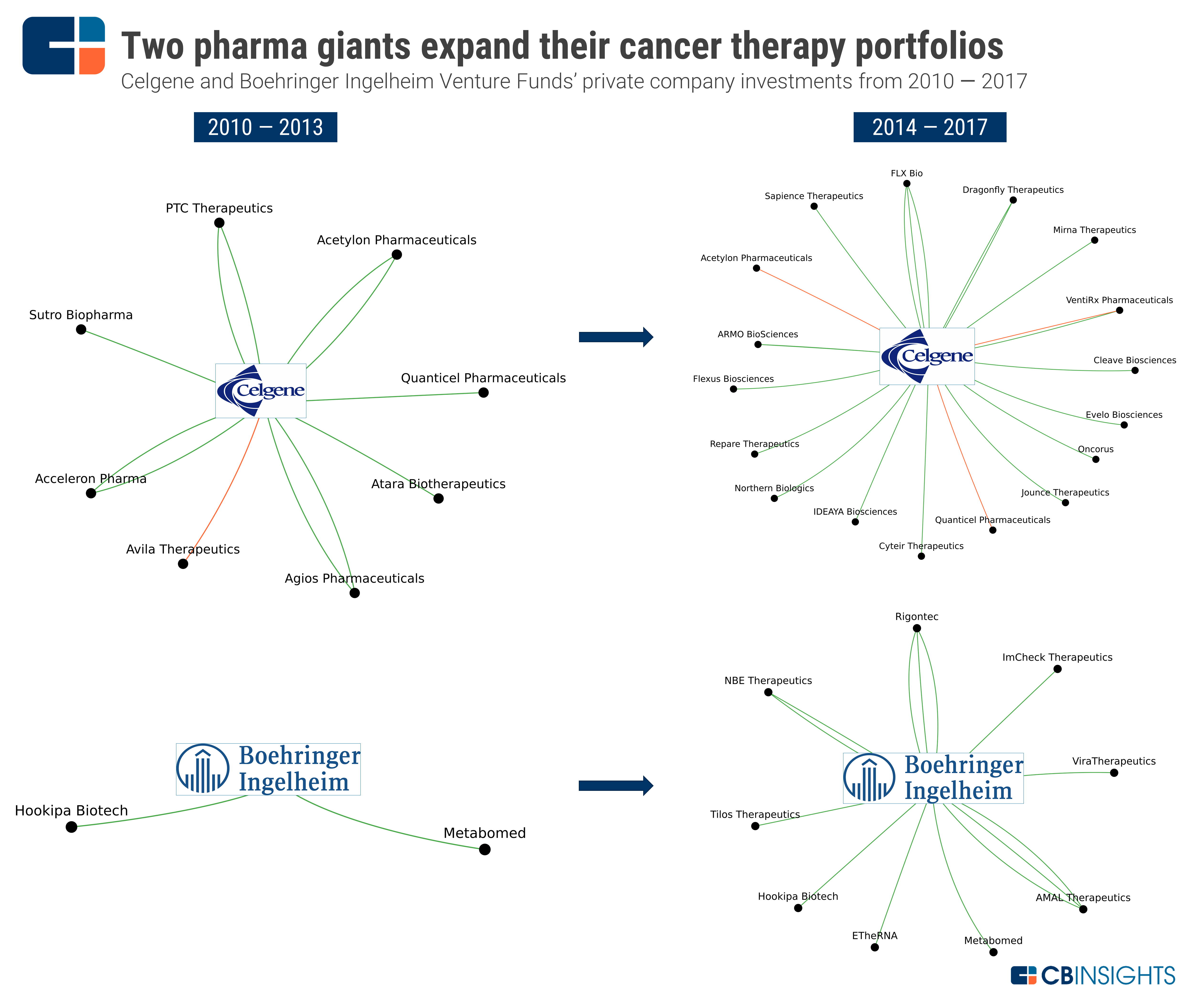