Many of the most active investors in pharmaceutical startups are venture capital firms such as OrbiMed Advisors, NEA, or Versant Ventures. But direct investment from corporate entities and corporate venture arms has been trending up for the past 4 years. These corporates range from venture arms of pharmaceutical giants like Novartis and Pfizer to tech giants like Google and Samsung.

In 2017 through 06/26/17, global corporate equity funding to private pharmaceutical companies has reached $1.85B over 93 deals. At the current run-rate, 2017 is projected to reach $3.8B, a down year for the first time in 5 years. Deals, however, are on track to reach a 5-year high of 192 as investors place more bets on promising biotechnologies. 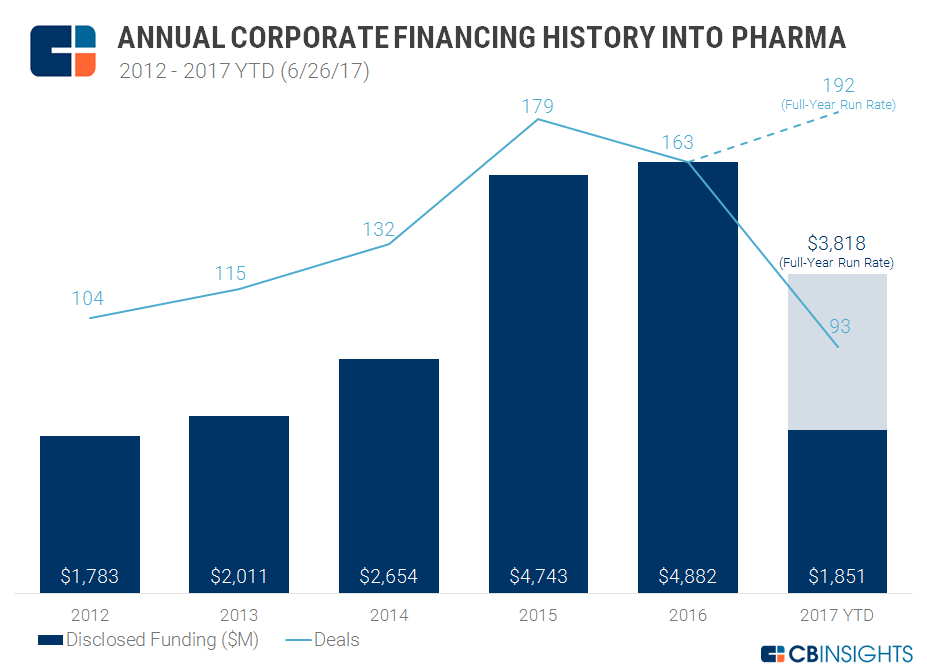 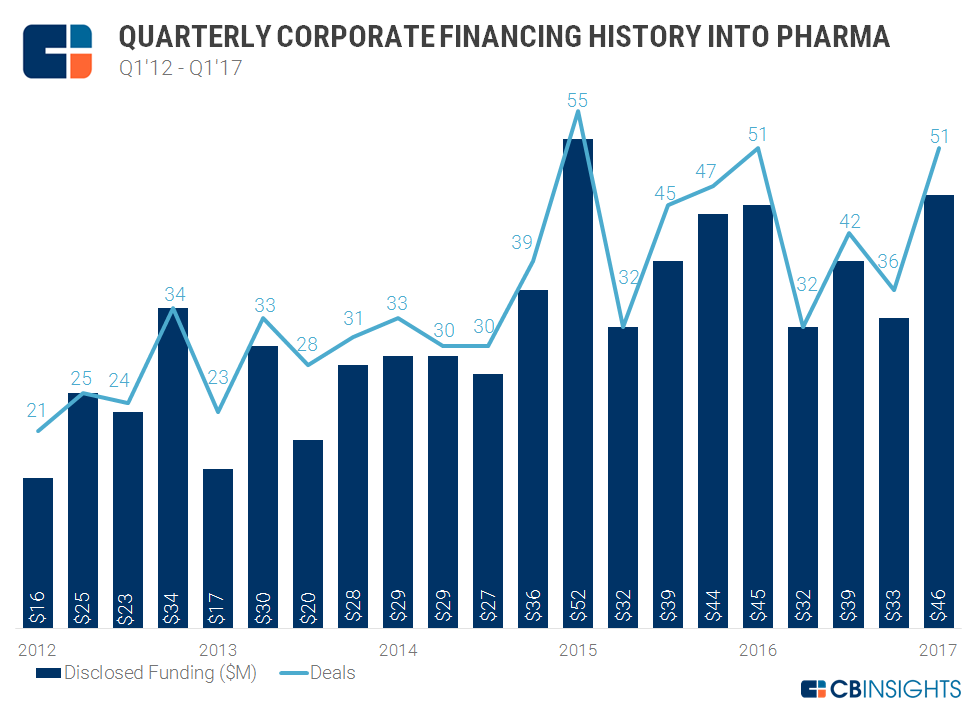 Overall, 2016 saw a big uptick in activity to early-stage (seed/angel and Series A) pharma startups while mid-stage (Series B/C) deals dropped 8 percentage points to 27% and late stage (Series D/E+) deals remained relatively steady at 10% of all deals.

Startups working in oncology, infectious disease, genomic medicine, and many other sectors are expanding medical treatment. Look for Pharma Startups in the Collections tab. 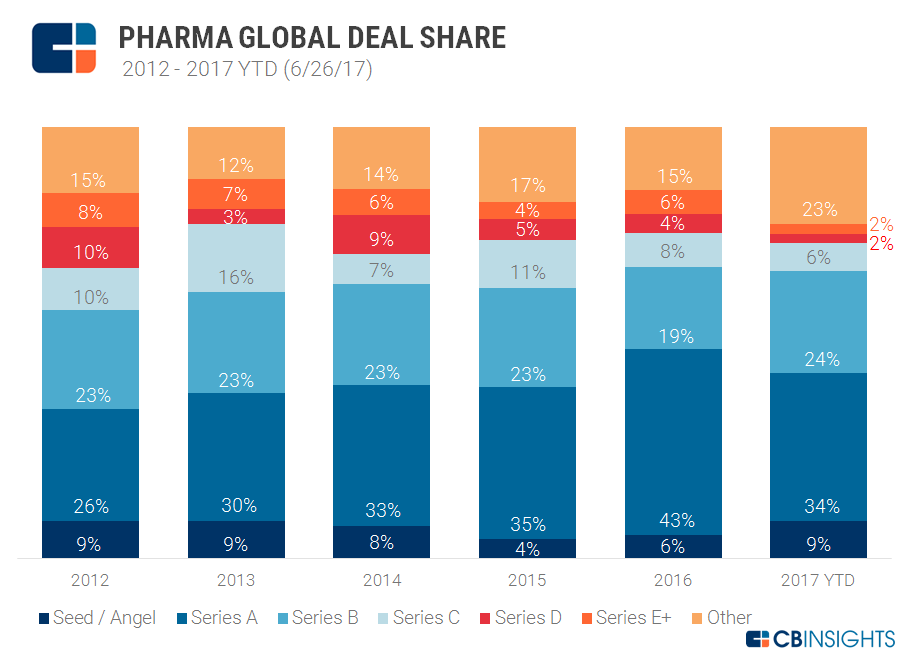