Research Brief
1494
Hortonworks and New Relic filed for IPOs this week. And Peter Fenton has some more future stars in the IPO pipeline.

In March, our VC partner social graph identified Fenton as part of a set of elite VCs with five or more Tech IPO Pipeline companies. One of those companies, Zendesk, raised $100M in its May IPO at a valuation of $631M. Today, Zendesk’s market cap is $1.77B. And this week, two companies that Fenton sits on the boards of, Hortonworks and New Relic, filed for $100M IPOs. Both have achieved $1 billion valuations in the private markets.

Fenton is also a board member of Lithium Technologies and Zuora, which have each raised over $150M and $120M, respectively. Some of Fenton’s less mature bets have already jumped in value as well. Notably, container company Docker is now valued at nearly $400M after raising $40M from Sequoia Capital in September. Fenton joined Docker’s board in 2011 after its Series A financing.

Fenton still sits on the boards of now public Twitter, Yelp and Zendesk. 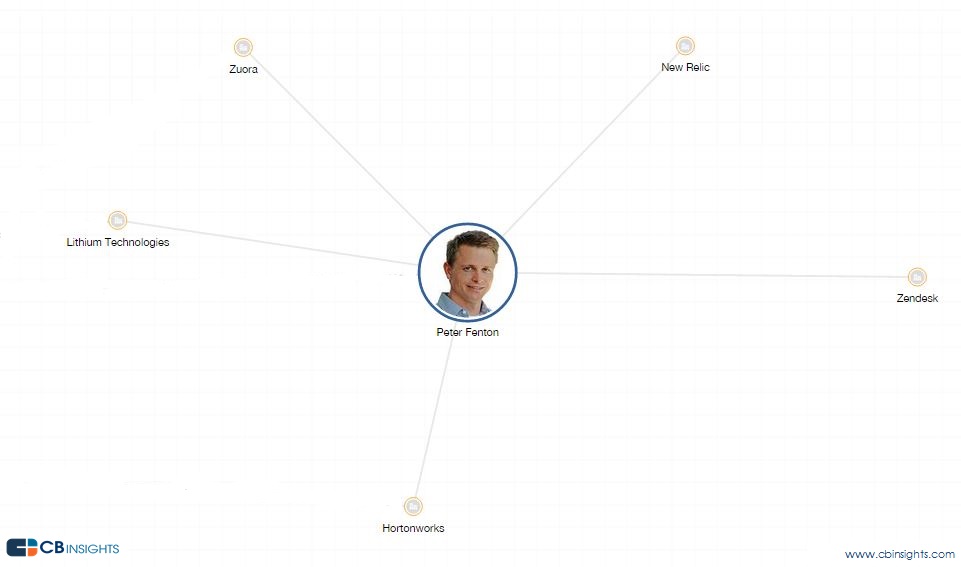 Check out the CB Insights Venture Capital Database. Sign up free below.