Deals and dollars have been rising progressively and reached record highs in 2016.

From smart collars and treat dispensers to e-commerce and social media, startups are jumping into the pet industry across a wide variety of tech categories. 2016 was a record year for financing to the space in terms of both deals and dollars, modestly exceeding 2015 totals, despite the overall slump in VC funding.

Using CB Insights data, we examined investment activity from 2012 to 2016 in the pet tech space. 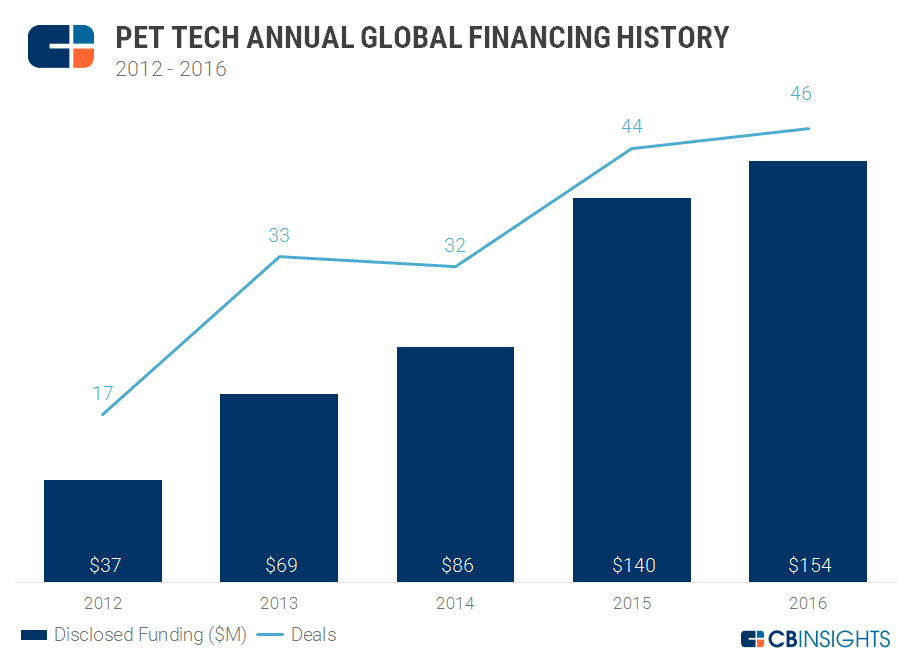 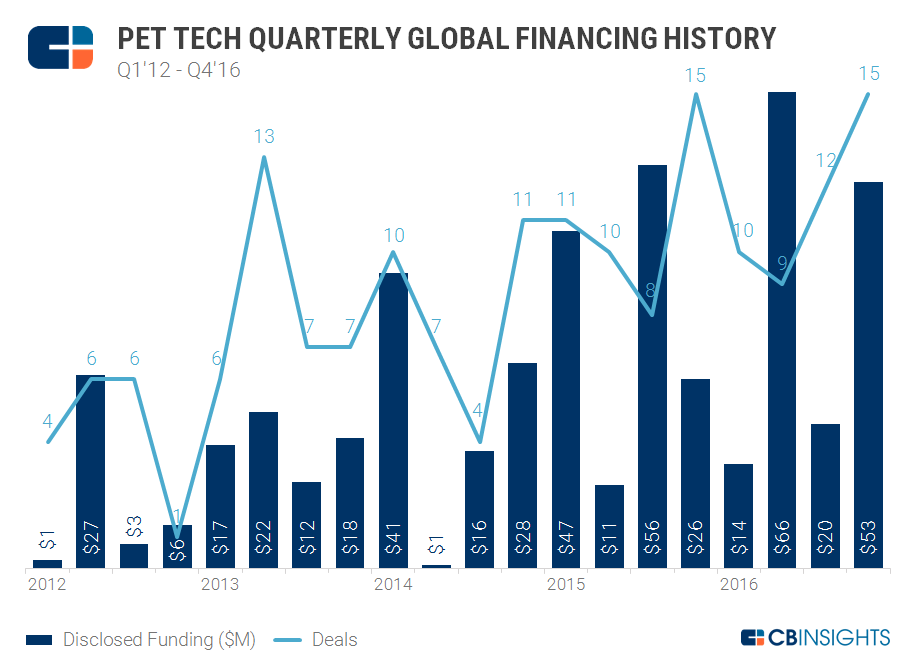 Startups working on pet tech products are seeing increased investor interest. Sign up for a free trial and look for Pet Technologies in the Collections tab. 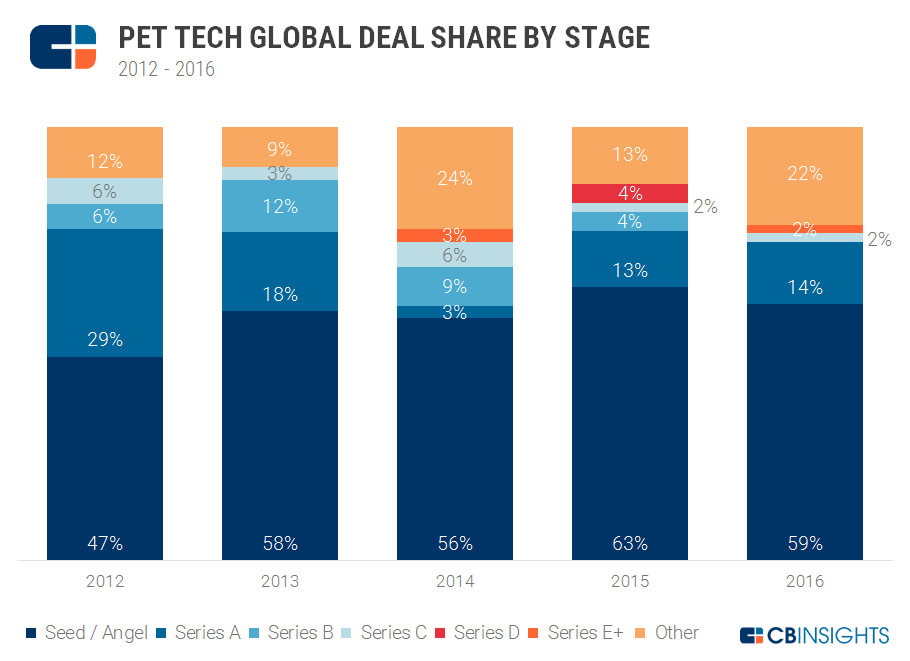 The five most well-financed pet tech companies have raised a combined $315M in total funding.

The fourth most well-financed startup is DogVacay, a pet services platform that connects pet owners with pet-sitters and pet walkers. The company has raised $47M in total funding, most recently raising $25M in the second tranche of a Series B in 2014. Participating investors include Benchmark, DAG Ventures, First Round Capital, Foundation Capital, GSV Capital, OMERS Ventures, and Science Media.

Boqii is a Shanghai-based e-commerce company that focuses on pet products and is the fifth most well-financed pet tech startup. The company has raised $25M in disclosed funding through a 2014 Series B financing that included Goldman Sachs.

Want more data about top pet tech startups? Log in to CB Insights or sign up for free below.