Research Brief
1898
There are currently 111 private companies in the world worth $1B or more.

The “unicorn club” of private companies worth $1B and above has become way less exclusive, and there are now currently 111 unicorns with a cumulative valuation above $400B. We put together a periodic table of unicorns to spotlight the sectors producing billion-dollar companies.

E-commerce has the largest number of unicorns, with 25 companies in total. E-commerce has also seen an explosion of foreign unicorns, including Meituan, Flipkart, and Lazada among others. Fintech and Internet Software & Services were ranked second with 14 unicorns each followed closely by Big Data (applications and infrastructure) which had 13. Despite the proliferation of on-demand companies, there have so far only been 6 which have seen billion-dollar valuations, half of which are outside the US.

Sequoia and Accel are the top investors in unicorns, along with several non-VC investors like Goldman Sachs, T. Rowe Price, and Tiger Global Management.

Below is the full periodic table of unicorns (note: click the image to enlarge). If you want to track unicorns in real time, check out our unicorn tracker: 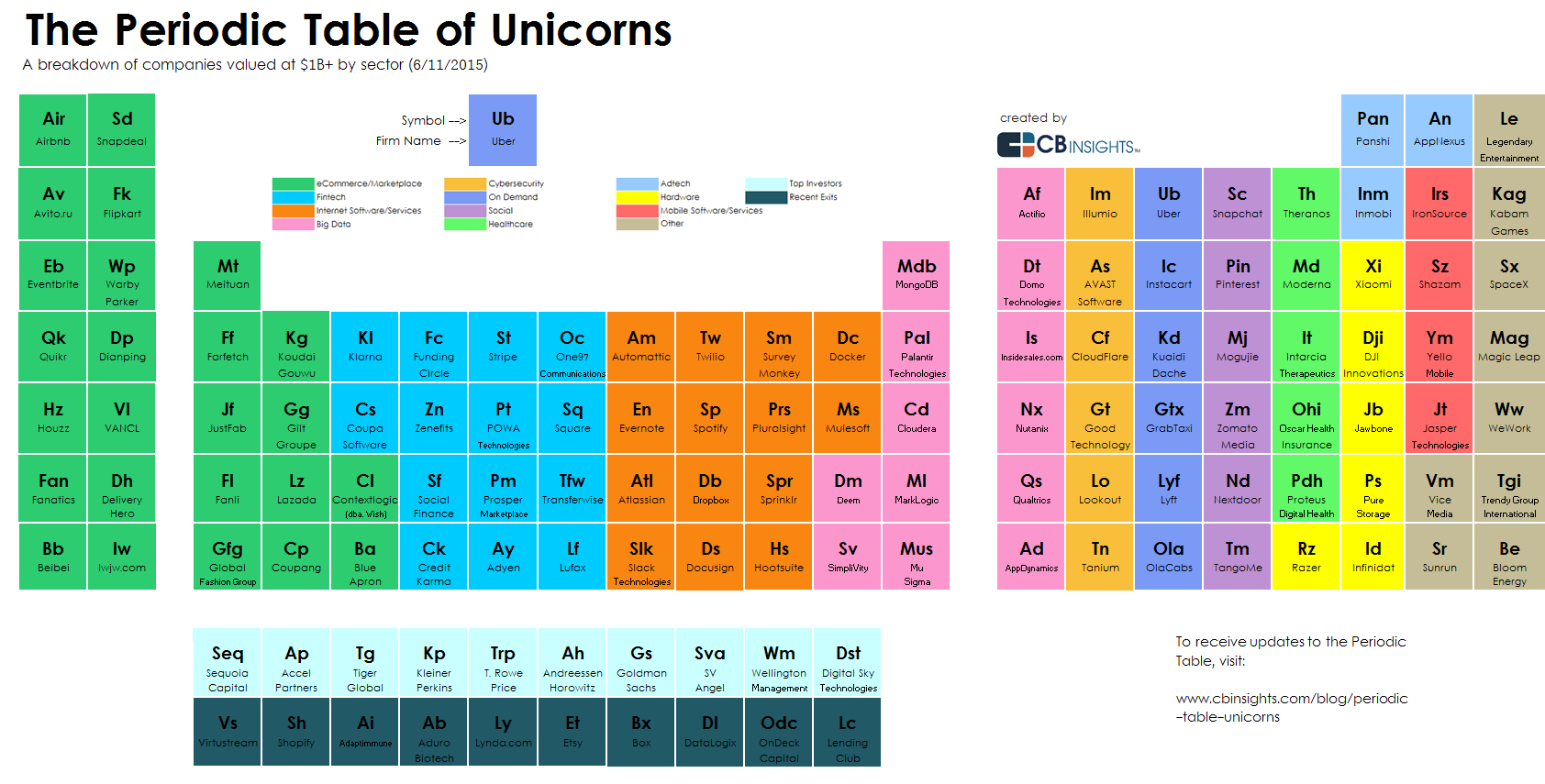 *While some companies could be part of multiple sectors, we chose the sector we felt was most appropriate for each

Want more data on unicorns? Check out our venture-capital database below: