This report includes detailed information on:

At the current run-rate, this year’s funding is on track to reach more than $3.7B, and deal count would hit 260 deals. 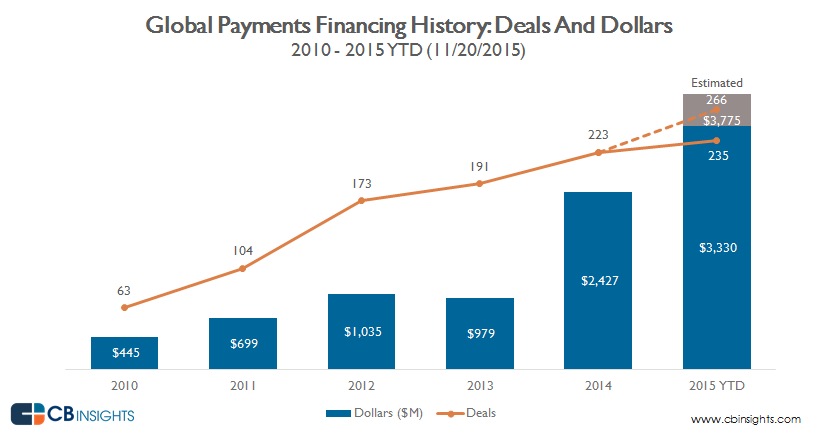 Two of the last 4 quarters have reached over $1B in funding to payments startups. The high-water mark for for quarterly funding was reached in Q3’15, when financings were buoyed by the $680M corporate minority deal to One97 Communications as well as a big round to Alibaba’s financial services arm Ant Financial Services Group, which raised a $400M Series A.

Deal activity for payments is up on a quarterly basis as well. Eight out of the last 9 quarters have had 50 or more deals completed, with record quarters in Q4’14 and Q2’15 at 68 deals. To put this in more perspective, in 2010 there wasn’t a single quarter that surpassed 20 deals. 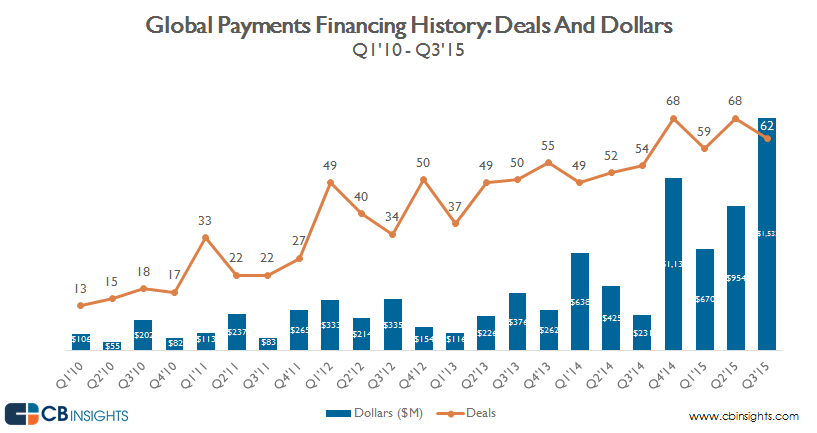 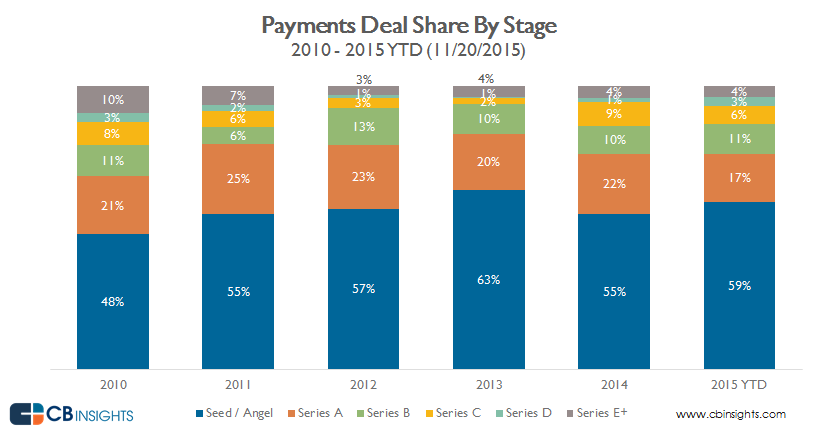 Late-stage dollar share accounted for 14% of investment, and has been trending downwards since 2013, as seen below. 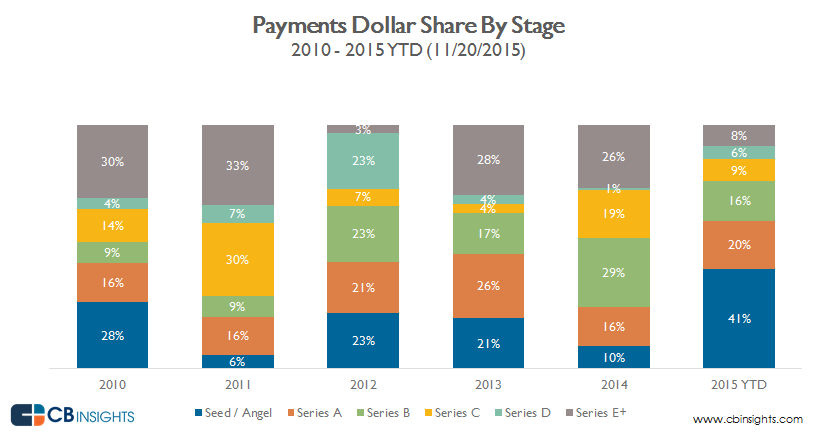 The top 10 most well-funded payments startups have all raised over $150M in total funding to date. One97 Communications has raised over $1.2B in funding, more than triple the amount raised by Alibaba’s financial services arm, Ant Financial Services, which holds the number two spot. See the top 10 list below.