The problem of physical movement is a common one in VR, and teleportation is one solution being explored by tech giants.

The problem of locomotion is a known challenge in VR. How does a user immerse oneself in a virtual world if they are wearing a VR headset in an enclosed space and can’t walk or move much farther than a few meters? There are several solutions to this problem, including one that is known as teleportation, i.e. allowing a user to instantly move to specific locations in a game or simulated world.

The patent’s wording makes it clear that it was initially written for first-generation virtual worlds like Second Life, but it could clearly be extended to VR environments as well.

Here’s an illustration from that patent showing how users can move between different locations on a grid and perceive different objects once they are teleported. 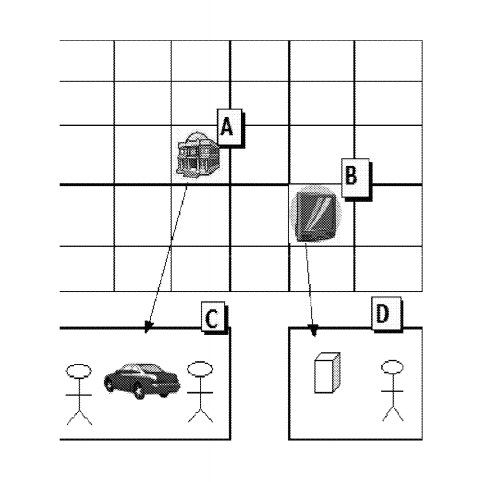 Google for its part holds a patent application that is clearly more geared to VR as we understand it today, and is also more broad since it covers AR.

Google’s application for “teleportation in an augmented/virtual reality environment” focuses in particular on teleportation between environments at different scale. Like Alice in “Alice’s Adventures in Wonderland,”a user would at the click of a button travel from a human-scale experience to one in which he or she is giant-like and walking on an ocean or in this case below, fog banks swelling around the Golden Gate Bridge: 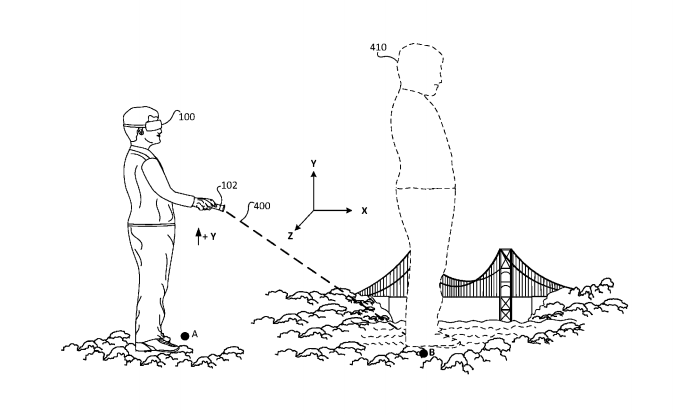 Interestingly, Google software engineer Rob Jagnow has spoken publicly recently about the locomotion challenge in VR and the promise of teleportation as one solution, although the disadvantage is that it doesn’t allow for people to “maintain special context.” In other words, they lose the real-life feeling of making their way gradually through a virtual space.