Research Brief
2038
The rise of billion-dollar unicorn companies has led to substantial performance bumps in the portfolios of micro VC firms.

Although it has been less than a year since I posted my primer on the micro VC market, there have been a host of major developments since.

Over the past 18 months, I’ve met with over 150 micro VC managers of all sizes, geographies, and investment themes. Before I attempt to prognosticate where I think the micro VC market is headed, I want to share some of my recent observations.

The table below, leveraging data from CB Insights along with SEC filings, displays the growth in the number of micro VC firms over the past five years (*2015 represents year-to-date numbers). 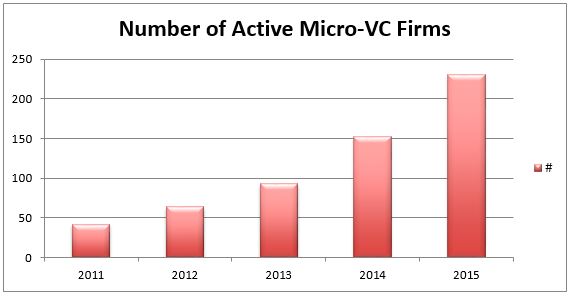 As noted above, nearly half of micro VC firms have little to no institutional LP capital. Institutional capital for the micro VC market includes endowments, foundations, corporates, and fund of funds. With respect to fund of funds, many institutional fund of funds have been quite active over the past couple of years in micro VC, including firms like Venture Investment Associates, Cendana Capital, Sapphire Ventures, Weathergage Capital, Horsley Bridge, Northern Trust, SVB Capital, TrueBridge, Greenspring, Legacy Ventures, Next Play Capital, and Top Tier Capital to name a few.

Although many allocators are still exploring new micro VC managers, many have already placed their bets in the space, and the rise in numbers of new funds coming to market has made it virtually impossible to separate signal from noise.

Due to capital constraints, micro VC funds often struggle to take advantage of valuable pro-rata rights in future rounds of their most promising portfolio companies. As a remedy, micro VC managers are now very actively forming SPVs to enable pro-rata investing in top-performing portfolio companies. Keep in mind that SPVs don’t solve for fund-level economics as they are stand-alone entities outside the fund, but do offer LPs of a given fund the ability to participate directly into top portfolio companies at reduced economics. These SPVs include favorable (for GPs) deal-by-deal carried interest economics, unlike a fund where carried interest is paid on the entire portfolio. Check out AngelList’s comparison of deal-by-deal economics vs. pooled funds.

Thus far, most SPVs have been done through offline channels, but we’re starting to see increased use of platforms such as AngelList (syndicates) for SPVs.

Migration to investing later in the Seed stack

As discussed by many this year, the seed-financing landscape has become clearly segmented along the following lines:

With the prior two points in mind, many 1st generation micro VCs have gradually grown fund and team sizes. Firms like Data Collective, Felicis Ventures, and SoftTech VC have evolved into more conventional multi-stage investors that aim to drive value across all stages of development. 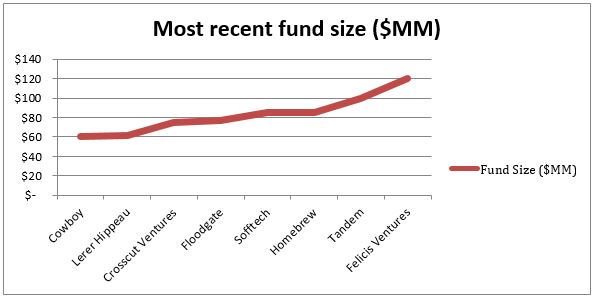 Predictably, nearly 90% of capital invested by micro VC funds since 2011 has been deployed into the mobile and internet sectors. According to CB Insights, the top sub-sectors are:

Take a minute to soak in the following numbers for overall fundraising:

I’m regularly seeing Vintage 2013 micro VC funds that have net internal rates of return (IRR) greater than 25% and MoICs (multiple on invested capital) of 1.5-2.5x. While these largely unrealized numbers are compelling, they represent table stakes for managers hoping to raise in the current market.

Contrary to what some have posited, unicorns (or more accurately, liquid unicorns), are essential for alpha returns — which is a 4X+ net return of capital. Here is a sampling of micro VCs that have invested in more than 1 Unicorn. SV Angel leads the pack with 16, although important to note that their velocity-based investment model provides for some skew. 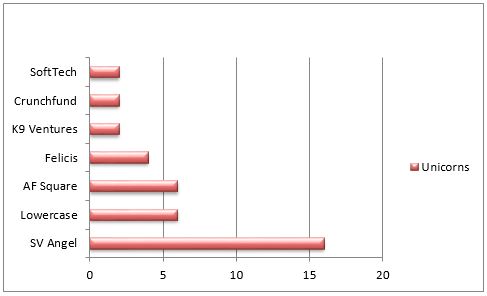 Very few micro VC firms today engage in secondary trading of shares in late-stage expansion rounds. Several dynamics play into this including immature portfolios, difficulty in securing company agreement, along with the risk of sub-optimizing fund performance through premature sale. A few factors may force micro VCs to sell shares in secondary sales:

While the majority of first generation micro VC firms are Seed stage generalists, the raw number of firms has highlighted the importance of demonstrating differentiation through domain expertise, network, or brand.

A few examples include:

Micro VC firms are primarily structured as standard close-ended, 2/20 structures. Even most SPVs are done through offline channels. I’m expecting an exponential growth in the use of online platforms such as AngelList by institutional investors, both as a preferred avenue for SPV activity, but as a viable alternative to raising a traditional fund, particularly as data and network functionality emerge.

Over 200 accelerators exist globally today, and sell insight, community, and validation as value drivers. However, with the rise of co-working spaces and meet-up groups along with ubiquity of information, the notional value of pure accelerators has declined, and the best accelerators have become micro VCs (500 Startups, YC, Lemnos Labs, MuckerLabs). I’m anticipating a huge drop in the number of pure accelerators in the next 24-36 months.

Note: Thanks to CB Insights for the data and @Rohitkjain for culling through it.