Research Brief
1595
As Palantir's technology is used by NYC to crack down on Airbnb hosts, we wondered what investors they might share.

From the “why can’t we all just get along” file, here’s one we couldn’t have dreamed up.

In New York City, government officials are using Palantir’s software and tools to clamp down on illegal AirBnB hosts. And based on reports, it appears that the use of Palantir is working as the rate of inspections in the first 10 months of 2014 for short-term rentals reportedly averaged ~80 per month, which was a new high.

Palantir and AirBnB are among the rarefied group of venture-backed tech companies valued at $10B+ with Palantir recently being valued at a rumored $15 billion.

With one startup giant pitted against another, we wondered if there might be any common investors between the two who might be able to increase the peace? Using CB Insights’ Business Social Graph, we see the investors who’ve invested in either firm as well as those that have invested in both.

One firm sticks out – Founders Fund. The venture firm co-founded by Peter Thiel has funded both. Thiel is a co-founder of Palantir and his firm led AirBnB’s $200M Series C round in 2013. The only other investors in both companies include Yelp CEO Jeremy Stoppelman and Y Ventures (aka Youniversity Ventures) as highlighted below. 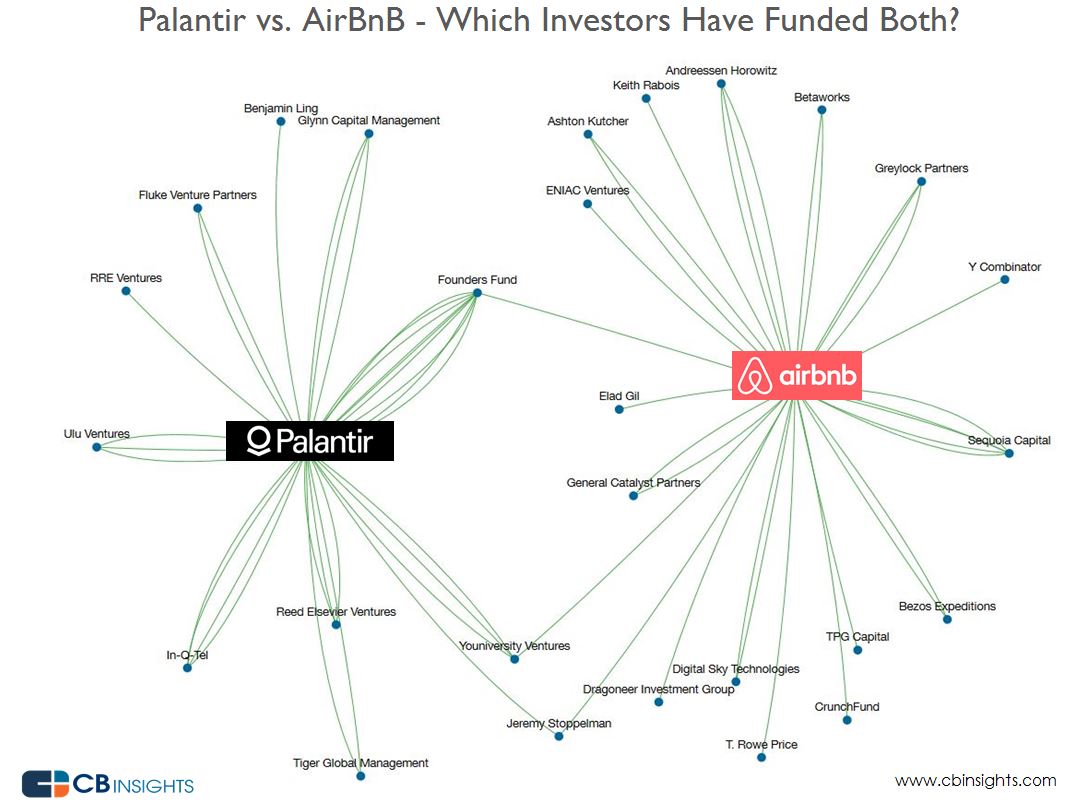 Want to explore investment relationships between companies using the Business Social Graph? Or want to track the world’s highest valued private companies? Check out the CB Insights Venture Capital Database by signing up below.