In March, Oscar Health raised $165M at a $3.2B valuation. Did investors overpay or was this a bargain?

Oscar Heath just closed a $165M round of funding at a $3.2B valuation.

That puts Oscar in a class of its own when it comes to valuation. 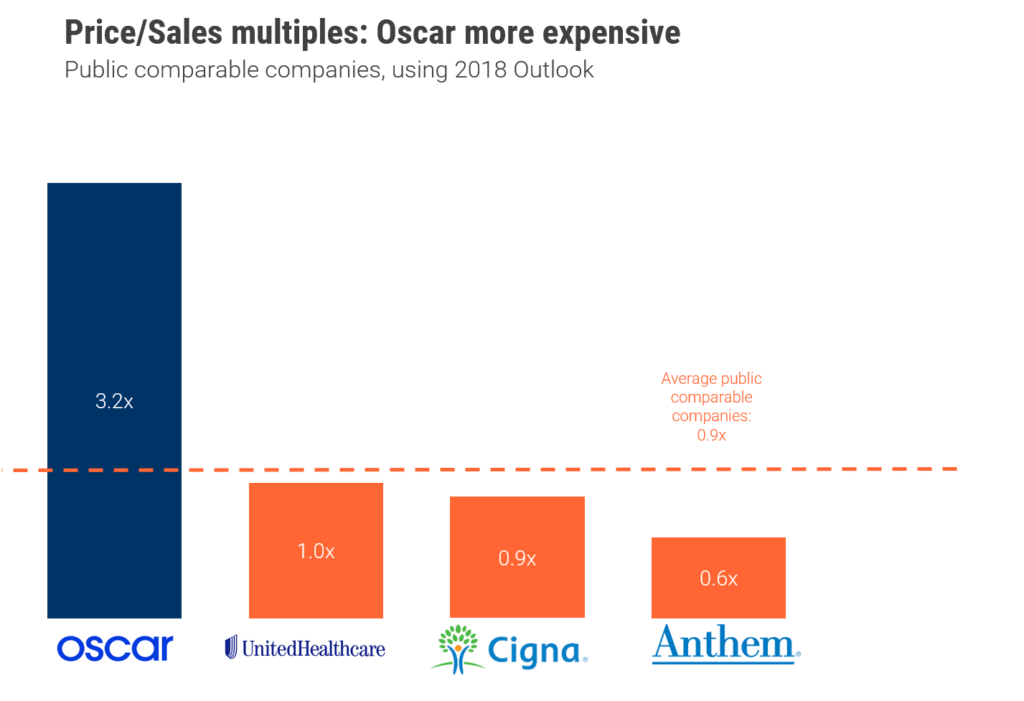 But digging into the numbers further reveals there’s more to the story than a rich sales multiple. Technology, growth, and ambition mean that Oscar might live up to the seemingly stratospheric $3B+ valuation.

Oscar has differentiated itself through a focus on customer service and technology. Oscar is now integrating more directly with doctors and hospitals, and has launched group plans through employers.

At the time, several insurers were exiting certain Affordable Care markets. Meanwhile, Oscar doubled down: The company is now in six states, launched a small business insurance product for business with less than 100 employees, and in 2017 signed deals with both Cleveland Clinic and Humana (interestingly, reports suggest Humana is in deal talks with Walmart).

Partnerships, expanded offerings, and enrollee growth mean the story is getting exciting for Oscar. The company just raised another $165M in March (and are now at nearly $900M in funding all in). Based on the company’s recent growth and fundraise, we wanted to see how its valuation stacked up to that of the much larger public health insurers.