Just before the end of 2014, Oracle announced the acquisition of Datalogix, a consumer purchase data firm backed by $86.5M from investors including General Catalyst Partners, Sequel Venture Partners and Institutional Venture Partners. Oracle isn’t alone in the lookout for consumer behavior data companies.

According to an analysis of CB Insights Business Social Graph, rival tech giants including IBM and SAP are also on the M&A hunt for companies focused on behavioral data to add to their offerings.

Competition for data-driven ad tech companies by the large tech firms is clearly heating up. Despite prior acquisitions in the behavioral data space, Adobe and Salesforce took a break in 2014. Adobe had previously acquired behavioral data management platform DemDex in 2011. In 2013, Salesforce complemented its big acquisition of ExactTarget with data integration acquisitions including Edgespring and Entropysoft. And publicly-traded Acxiom acquired customer data onboarding firm and Datalogix competitor LiveRamp for $310M in July.

The visualization below highlights the M&A activity including Oracle, IBM, SAP, Adobe, Salesforce and Acxiom in 2014 and their interest in behavioral data firms. 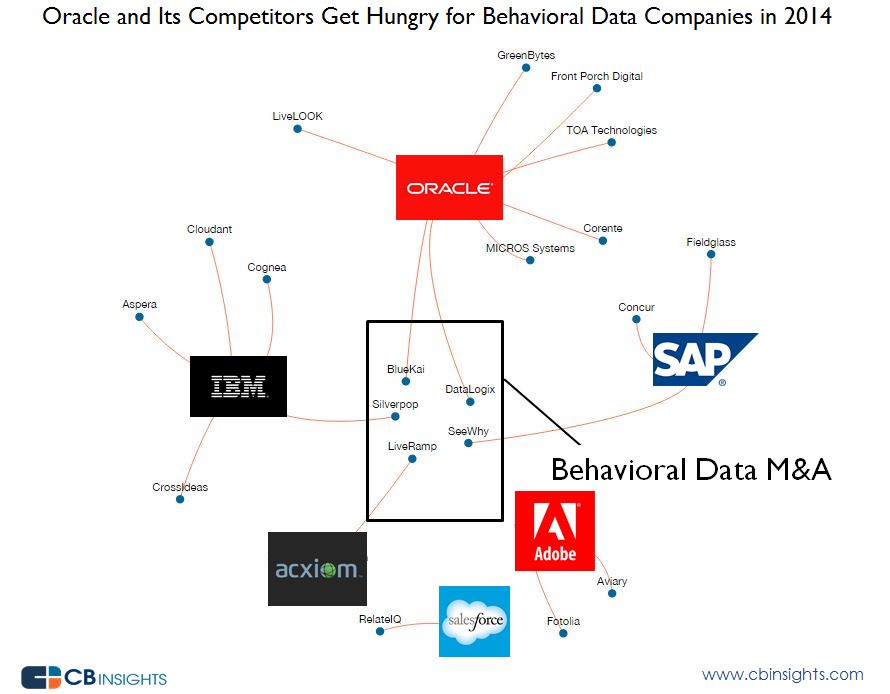