Research Brief
1566
At $1.32B, OnDeck Capital's IPO made it the largest venture-backed tech exit since Tumblr and the largest ever for NY

OnDeck Capital’s IPO was a watershed moment for New York tech and for lending startups in general. How big wast it for NY? According to CB Insights data, OnDeck’s IPO was the largest venture-backed tech exit in the city’s history.

The billion-dollar IPO of OnDeck, which was backed by early investors including RRE Ventures, Village Ventures, First Round Capital and Contour Venture Partners, comes after New York broke through the billion dollar ceiling last year when Yahoo acquired Tumblr for $1.1B. The exit was also the largest VC-backed tech IPO in NY, which have been sparse over the last few years. 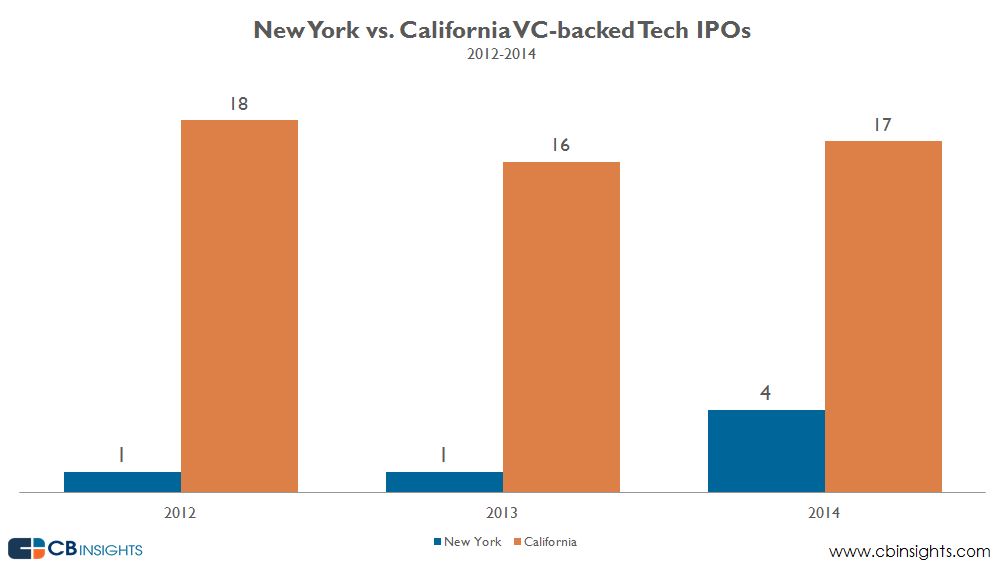 Other exits to break into the top 10 largest in New York tech since the start of 2013 include Accel-backed cybersecurity firm Varonis and Canaan Partners-backed Tremor Video, but which IPO’d at a loftier valuation but which is now trading well below its opening day price.

The full list of New York’s largest tech exits below.

Data Integrity Note: This list does not include private equity transactions or acquisitions that took place after an initial public offering.  For example, Doubleclick which is often erroneously considered a billion dollar VC exit for NYC was not as it first IPO’d, then was acquired by private equity firms JMI Equity and Hellman & Friedman and then ultimately purchased by Google for $3.1B.

Note 2: We don’t consider companies that are based in NJ or CT to be part of these NY stats primarily because simply-stated, NJ and CT are not part of NY.  That is why exits by the likes of Indeed, Sirocco Systems, etc are not included in this data.

Note 3: IPO valuations used are of the company at the opening of trading.

Track New York’s financing and exit activity real-time with data right to your inbox. Sign into your CB Insights account or create a free account for our private company financing and exits database below.
This report was created with data from CB Insights’ emerging technology insights platform, which offers clarity into emerging tech and new business strategies through tools like: If you aren’t already a client, sign up for a free trial to learn more about our platform.