Research Brief
2159
Amid an otherwise tepid climate for on-demand, funding to Uber and AirBnB totals $6.6B so far in 2015.

The promise of connecting mobile users with services ranging from food delivery to roadside assistance through the click of a button has prompted more than $14B of investment into the on-demand economy since 2010. But funding is becoming tougher for the crowd of on-demand services outside of heavyweights Uber and AirBnB, according to new CB Insights data.

As the chart below highlights, funding to on-demand startups including Uber and AirBnB accelerated into billions of dollars per quarter in 2014. On a year-over-year basis, 93% more funding to on-demand startups has already been deployed in the first nine months of 2015 than in all of 2014, although deal activity fell to a four-quarter low in Q3’15.

On-demand mobile services covered in this report cover companies in the US that aggregate demand on mobile devices and applications, but fulfill that demand through offline services. 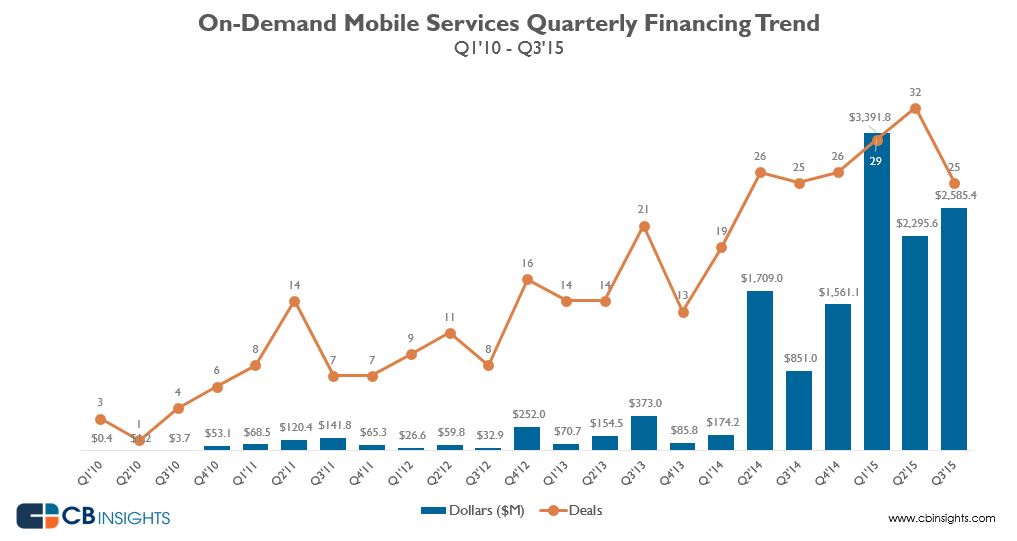 Uber and AirBnB the juggernauts

Stripping out the two juggernauts shows a much different funding environment for the on-demand economy. As the chart below highlights, funding to the rest of the on-demand economy has actually been trending down in the past two quarters, hitting just under $285M in Q3’15. Meanwhile, funding into Uber — including its China operations — and AirBnB tops $6.6B in 2015 YTD (year-to-date) already. Sarah Lacy of Pando earlier highlighted this discrepancy, writing, “Let’s face it, Uber is the on-demand economy.”

Total funding to on-demand companies excluding AirBnB and Uber has clocked in at $1.67B in the first three quarters of 2015. Putting that into perspective, AirBnB alone closed a $1.5B round of financing in June. Some of the largest non-Uber, AirBnB rounds in 2015 YTD include Lyft‘s $530M Series E, Munchery‘s $85M Series C, Postmates‘ $80M Series D, Shyp‘s $50M Series B and Sprig‘s $45M Series B. 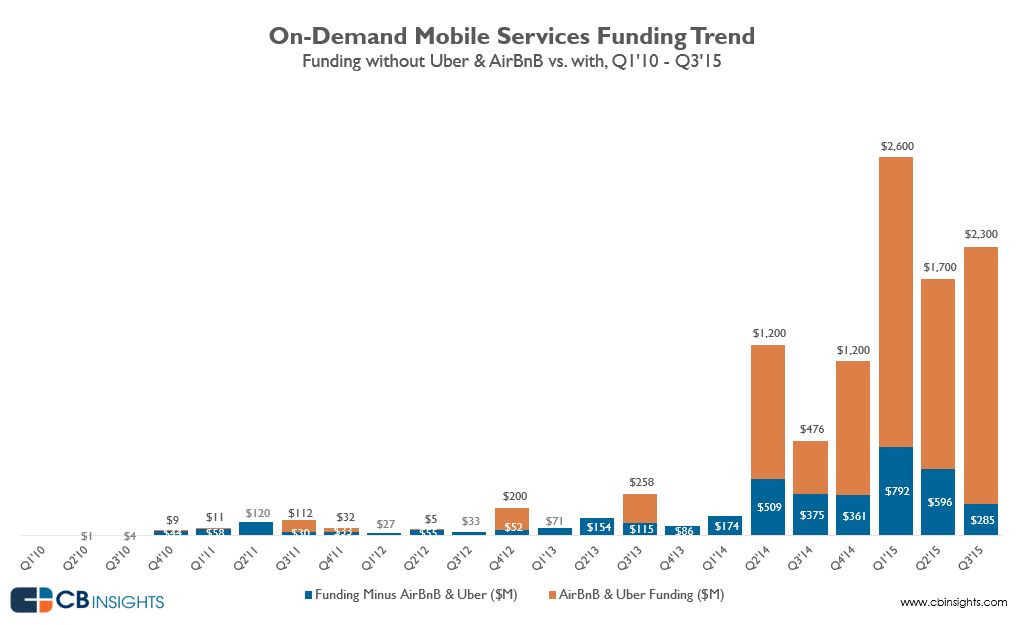