We define the on-demand category as startups delivering physical goods and same-day services in an on-demand model. We do not include startups providing on-demand booking options for longer-term services, such as on-demand housecleaning.

On-demand startups attracted 55 investment deals in Q4’16 worth $1.7B in total. This represents a significant decline both from the prior quarter — which saw 78 deals worth $3.7B — and from the quarter’s peak in Q3’15, when the category saw 116 investment rounds totaling over $9B. On-demand deals and dollars had been steadily increasing from 2012 to 2015, but both dollars and deals have dropped in fits and starts starting in Q4’15.

The last quarter would have seen an even lower dollar total were it not for one monster deal that represented over 40% of Q4’16’s funding total: China Everbright Bank invested $743M into a new, Beijing-based ride-hailing company, Dingding Yueche. Dingding Yueche had not raised any previous funding.

Q4’16 saw one additional $100M+ mega-round — a $105M Series C-II for JetSmarter, an on-demand platform for private jets, which brought together Jay-Z and the Saudi Royal Family (among others) as co-investors. 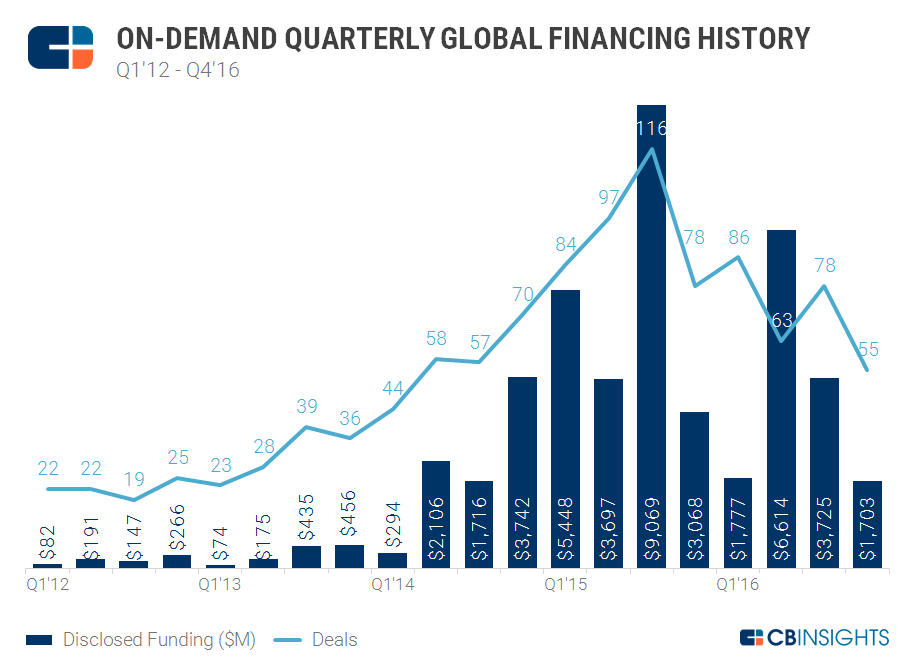 In 2016 we saw several notably large deals: in Q2’16 Uber raised a $3.5B private equity investment from the Investment Fund of Saudi Arabia in the largest deal to a startup o record, followed by a $1B corporate minority investment by Didi Chuxing in Q3’16 (the latter deal was part of Uber’s complicated deal to sell its China division to Didi). Didi Chuxing itself also received a $1B injection from Apple in Q2’16.

Deals to on-demand startups peaked in the previous year with 375 deals worth $21.3B in total, a sum also driven  by mega-deals to the global ride-sharing behemoths. Over the course of 2015, Uber raised a total of $5.1B, while Didi Chuxing raised over $3.7B. Chinese meal delivery startup Ele.me also raised over $2.2B across several deals in 2015, and AirBnB raised $1.6B. 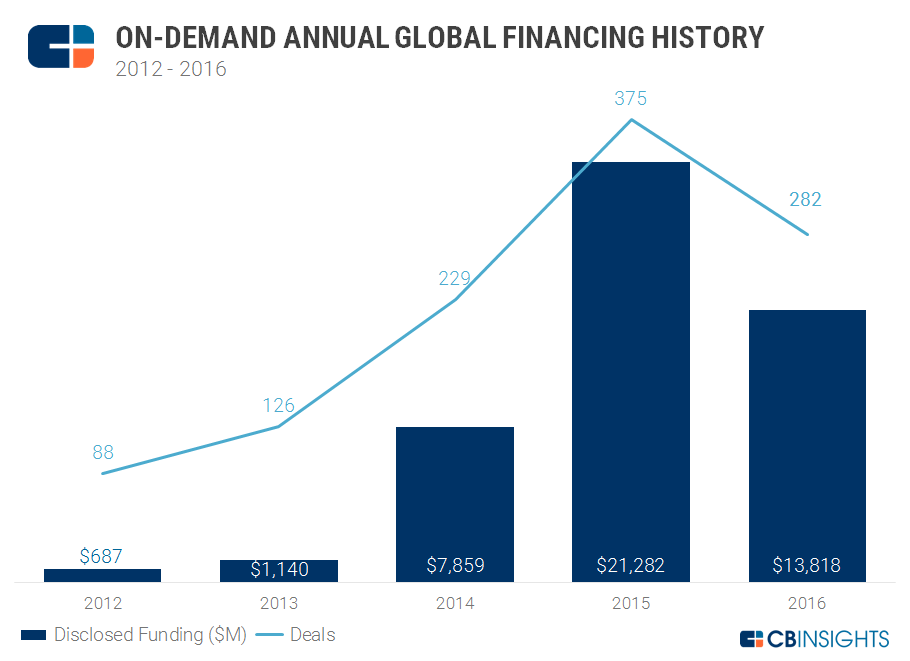 The pattern in terms of deals’ stages points to a degree of maturation in on-demand, as the past five years have seen fewer early-stage deals and more deals to companies in the later stages. The share of deals to seed/angel startups declined from 53% in 2012 to 40% in 2016. Meanwhile, Series B to Series E+ rounds represented 18% of deals in 2012, but 30% of deals in 2016. 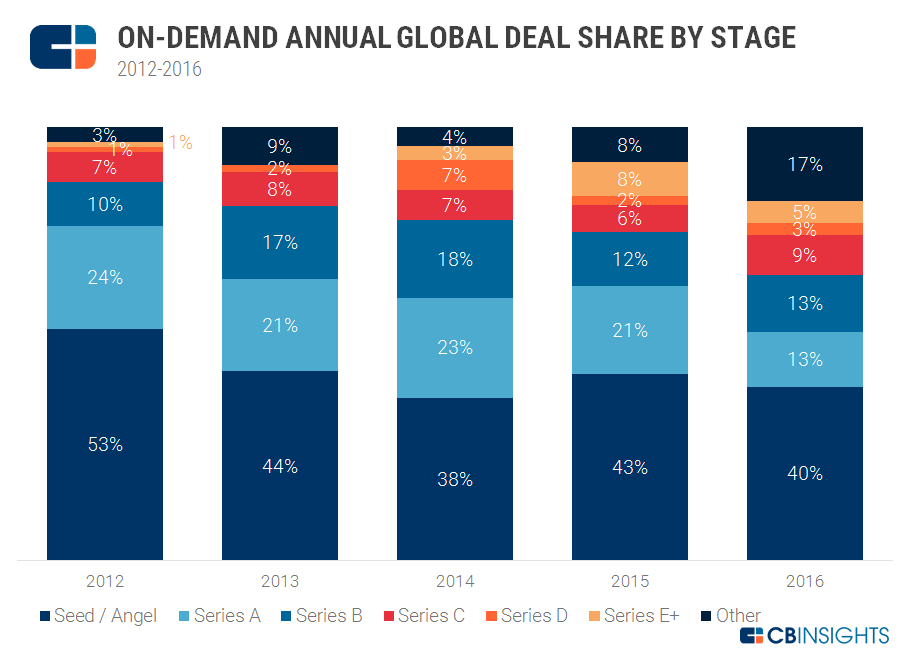 Want more data on startups targeting the on-demand economy? Login to CB Insights or sign up for free below.