Also discussed are why companies are now using multiple cloud platforms and top players in the language learning market.

Today, we discuss Duolingo and Memrise and who will win language learning, whether omnichannel is over, the blockchain, and more, including:

Did omnichannel die in 2017? While retailers still talk omnichannel, have technology startups moved on?

According to earnings call transcripts, omnichannel is still very much on the brain for retailers. The buzzword hit a record high for mentions on earnings calls in the quarter ended March 31, 2018. 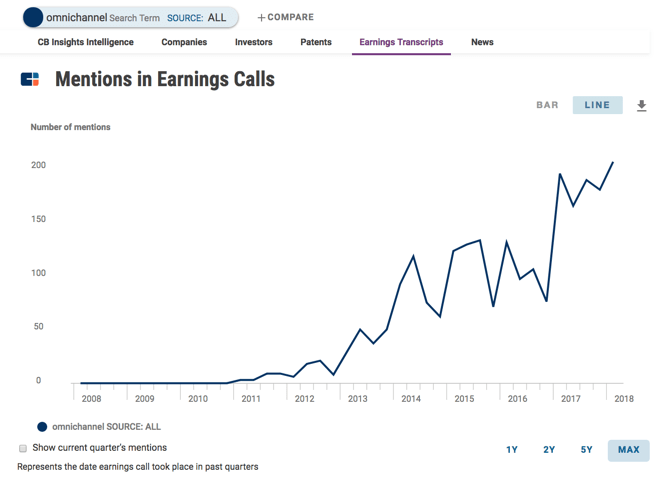 Omnichannel, if unfamiliar, indicates the blending of retail channels (mobile, web, in-store) into a single experience.

Interestingly, the two retailers talking up omnichannel the most are Macy’s and JC Penney. Both of their 5-year stock charts are depressing. Here’s Macy’s: