Research Brief
2445
We visualize and analyze the private market bets made by oil and gas corporations, including the venture arms of Chevron, Shell, ExxonMobile, BP, Saudi Aramco, Statoil, and many more.

With the price of crude oil falling to a once-unthinkable $27 per barrel, the future of the oil and gas industry has been thrown into uncertainty, and scores of firms have suffered bankruptcies.

Over the last few years, oil and gas giants have not shied away from investing in private companies innovating in diverse areas including cleantech, biofuels, battery tech, wearables, connected fleets, seismic technology, big data, carbon sequestration, and chemicals. Today, innovation can only be more top of mind for the legacy energy giants as they weather the current oil price downturn.

We used CB Insights’ Business Social Graph, which shows how top investors and target companies are related, in order to analyze where some of the top oil and gas companies are striking deals.

Specifically, we analyzed the investment activity of the following 23 corporations and corporate venture arms:


Investments in the graph below are connected by green lines, acquisitions by orange lines. 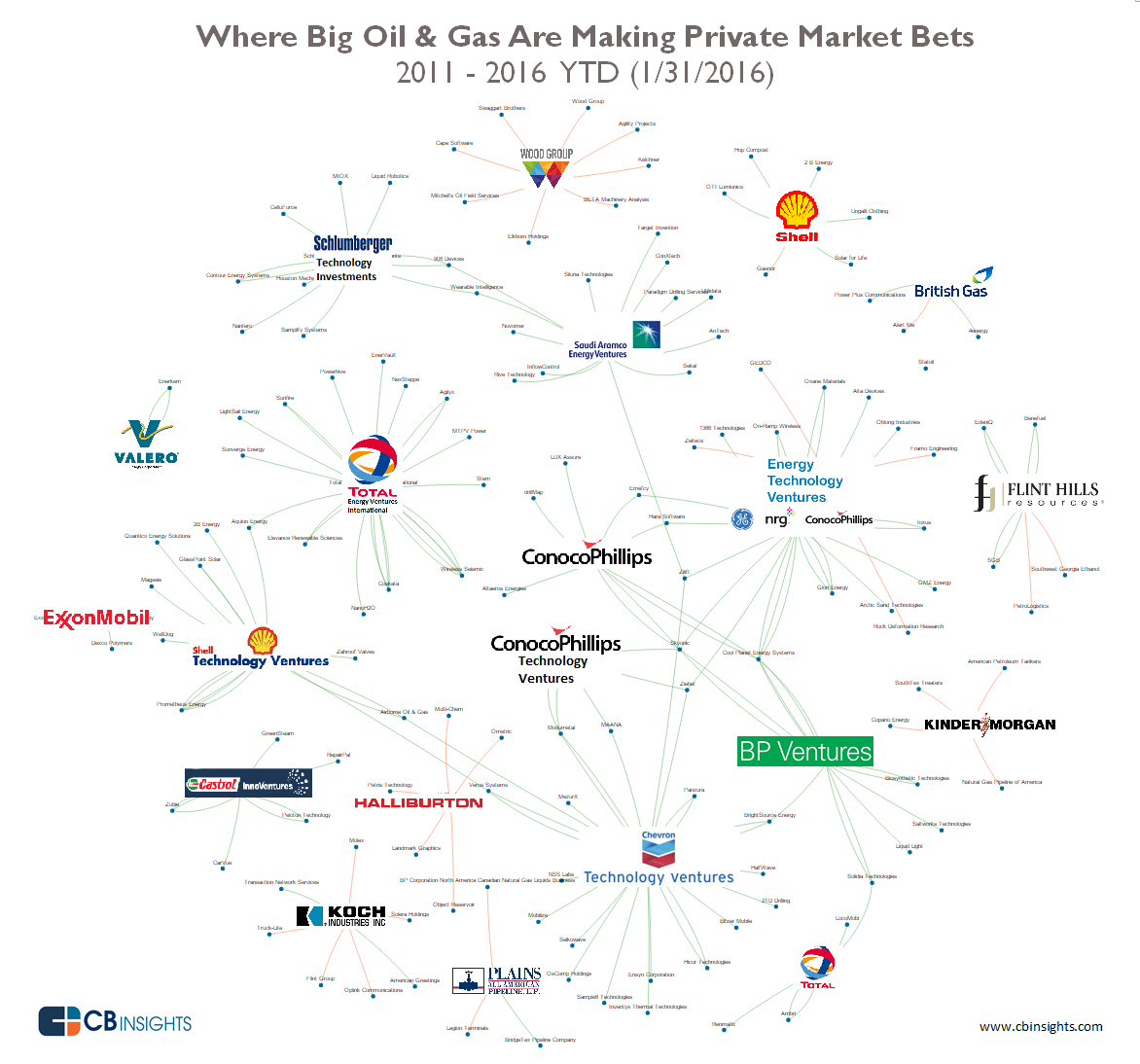 Want more data on where petroleum companies are investing? Check out our private market database below.