O&G industry investment in startups reached record levels in 2016 and 2017.

Corporate venture investments by oil and gas companies hit record highs in 2016 and 2017, after a slight dip following the 2014 crash in oil prices. These investments have been concentrated in clean tech companies and technologies with the potential to improve operations.

Integrated oil companies, such as Chevron and BP, have driven CVC investment by the O&G industry over the past decade.

We used CB Insights data to analyze the investment activity of a selection of the largest and most active companies across the O&G value chain. 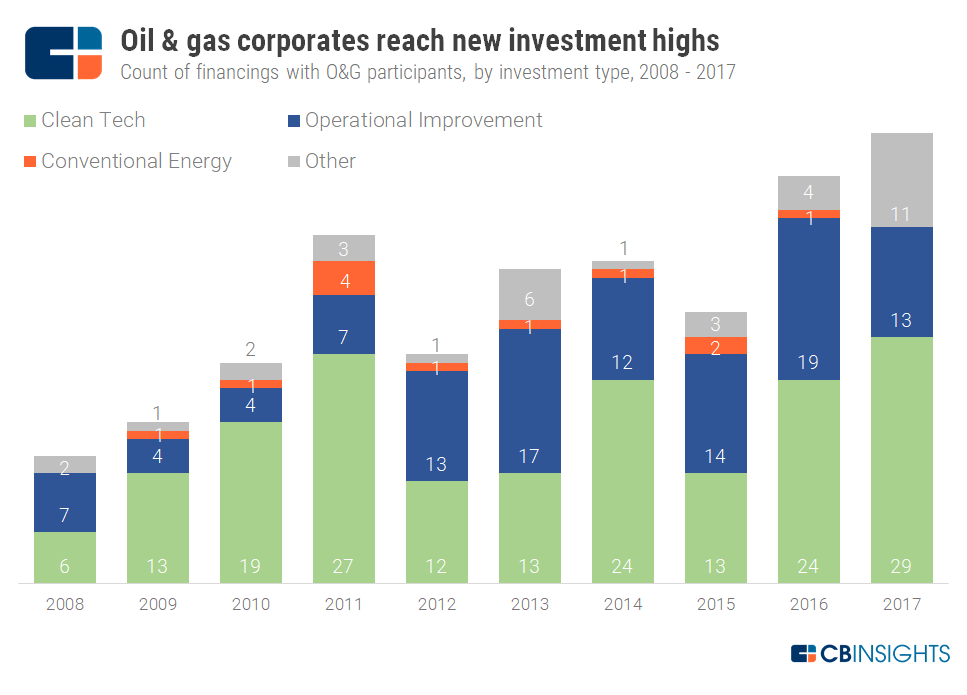 Startups working to improve processes across the oil & gas sector, from exploration and production to transportation and refining.

Clean tech investment dropped off following the 2011 collapse of Solyndra, whose highly public implosion contributed to a decline in funding and public interest in renewables. Activity has bounced back, with O&G CVC investment in clean tech increasing every year since 2014, hitting record levels in 2017.

Investments in operational improvement technologies have increased since 2011, as connected devices, analytics, and automation have advanced. In Q4’17, Maana, a company that provides a platform for analyzing data generated by industrial operations, raised a $28M C round from investors including the VC arms of Chevron, Saudi Aramco, and Shell. Chevron and ConocoPhillips Technology Ventures participated in the company’s Series A in 2014.

Integrated oil companies — defined as international and state-owned companies with operations across the oil and gas value chain — are especially incentivized to invest in technologies that could enable the eventual replacement of hydrocarbon-generated energy and lower the cost of meeting remaining fossil fuel demand. These firms are highly vulnerable to the energy value chain’s environmental, political, and execution risks. 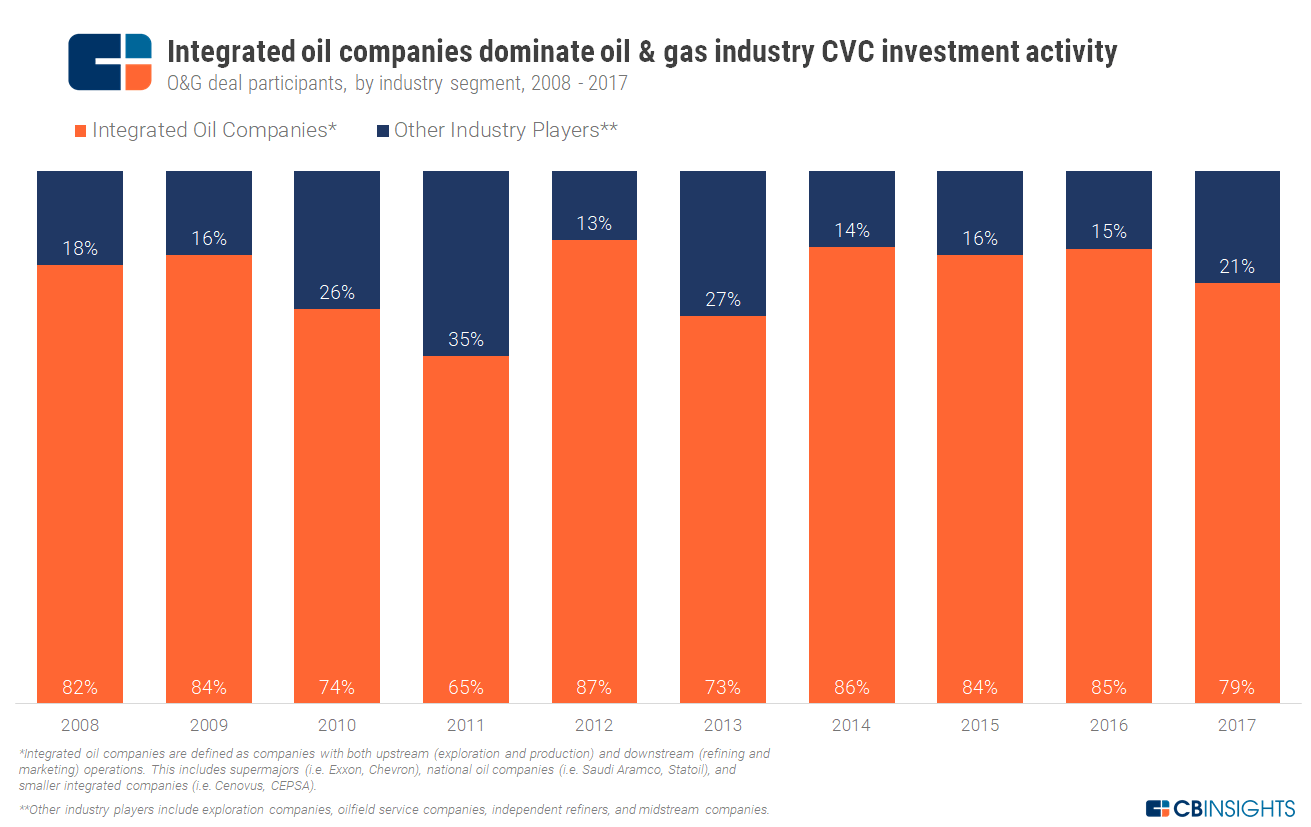 With an estimated 1.7 trillion barrels in the ground, untold dollars of capital investment, and investor and regulatory pressure on O&G players to recognize the environment and financial risks posed by climate change, the stakes are high.

Integrated oil company investment also makes sense in the context of the energy industry’s technology development structure. Large, integrated oil producers tend to spend less on R&D than the oilfield services companies that drive technological execution in the industry. However, integrated companies have an active interest in bringing technologies that lower operating costs to market, creating incentives for VC investment.

Below, we break down the portfolio investments of the five most active integrated oil companies that drive much of the VC activity in the O&G industry (notably absent from this list is Exxon, which has eschewed VC investment for R&D, particularly in biofuels).

CVC investment is a fraction of the industry’s still nominal move into renewables, initiatives that are an even smaller fraction of supermajor capex budgets.

However, O&G industry CVC investment is an important source of funding to bring entrepreneurial-driven energy technologies to market, along with government, academic, and investment interests.