Research Brief
2623
However, deals to VC-backed tech companies in the Big Apple are still considerably off peaks seen in 2014 and 2015.

VC-backed tech companies in New York saw a three-year low in deals in Q4’15. Deals recovered in the first quarter of 2016, and equity funding reached a five-year high in Q1’16, driven by three $100M+ mega-rounds, to Betterment, Oscar Health, and Flatiron Health. 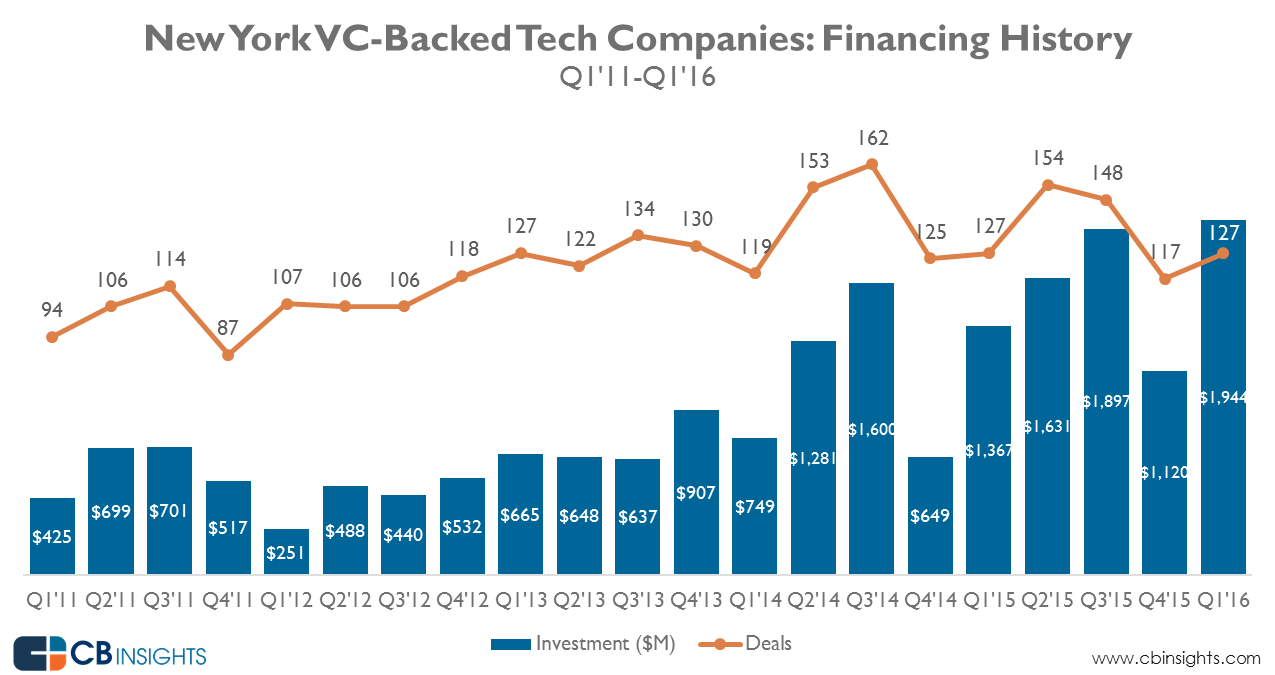 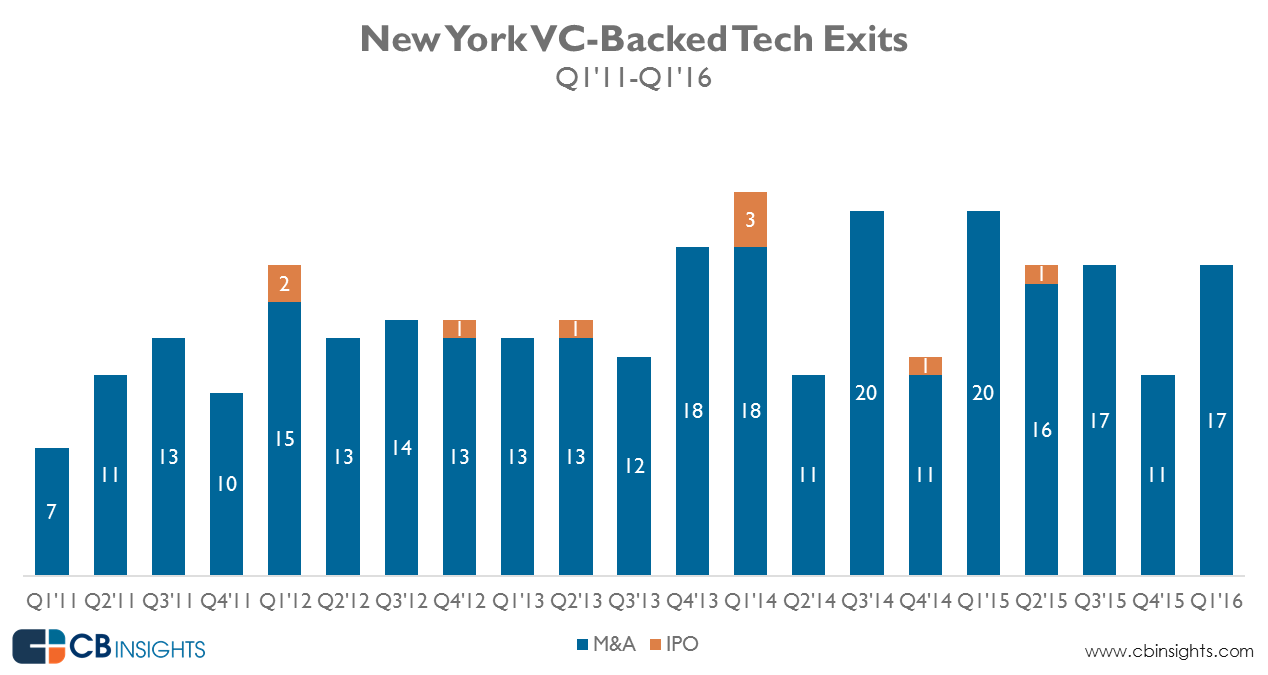 The largest NY tech exit in the last 5 years was e-commerce marketplace Etsy‘s IPO, valued at $1.8B. OnDeck Capital (2015 IPO) and Tumblr (acquired by Yahoo) were two other companies with $1B+ disclosed exit valuations. 2015 also saw the $442M acquisition of Business Insider by Axel Springer.

Want more NY startup data? Login to CB Insights, or sign up for free below.