Los Angeles saw the largest drop in deal flow to VC-backed startups in 2016.

While Silicon Valley remains the top area for VC-backed startup funding, activity has long since diffused to New York and beyond, with LA and Boston seeing a large number of deals and dollars flowing to startups in the region.

Below we used CB Insights data to compare deals and funding to VC-backed companies in the LA, Boston, and NYC-metro areas from 2012 through 2016.

In 2016, 6 startups raised rounds of $100M or more. The largest rounds of the year include the $1.3B Series F-III of Snap from investors including Sequoia Capital, NEA, and General Atlantic, Verizon Communications’ $159M corporate minority round in AwesomenessTV, and a $130M equity round to LogicMonitor from Providence Equity Partners. AwesomenessTV, which began as a YouTube channel, is now developing web series, television shows, news, and lifestyle content. LogicMonitor provides a hosted monitoring platform for storage, servers, applications, and cloud IT. 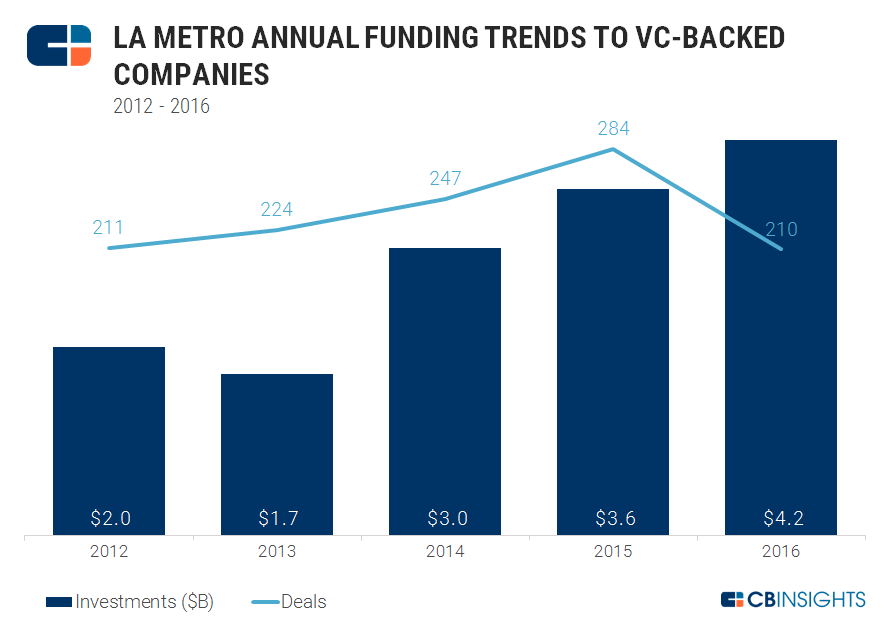 In 2016, 7 VC-backed companies in the Boston area raised rounds at or above $100M. And 2017 has already seen a $100M mega-round to patient networking platform PatientsLikeMe. The largest rounds of 2016 include the $474M Series F of Moderna Therapeutics from investors such as Wellington Management and Flagship Pioneering and the $215M Series E of Intarcia Therapeutics from Fidelity Investments, Ballie Gifford & Co, and others. Moderna is developing nucleic acid-based therapeutics and Intarcia is focused on a subcutaneous delivery system for diabetes drugs. 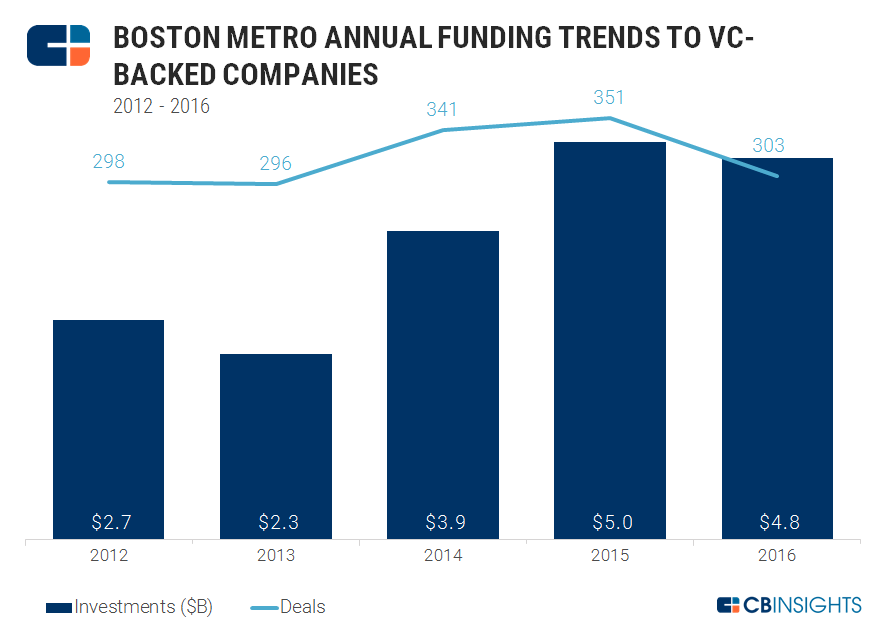 In 2016, 11 VC-backed companies in the NYC metro area raised rounds at or above $100M. The largest rounds of 2016 include the $2.5B equity round of Infor from Koch Industries and the $430M Series F of WeWork from Hony Capital and Legend Holdings. Infor is a provider of customized enterprise software and WeWork rents out shared office space. Recent large rounds include the $50M Series C of Collibra and $50M Series D of Namely, both in January of this year. 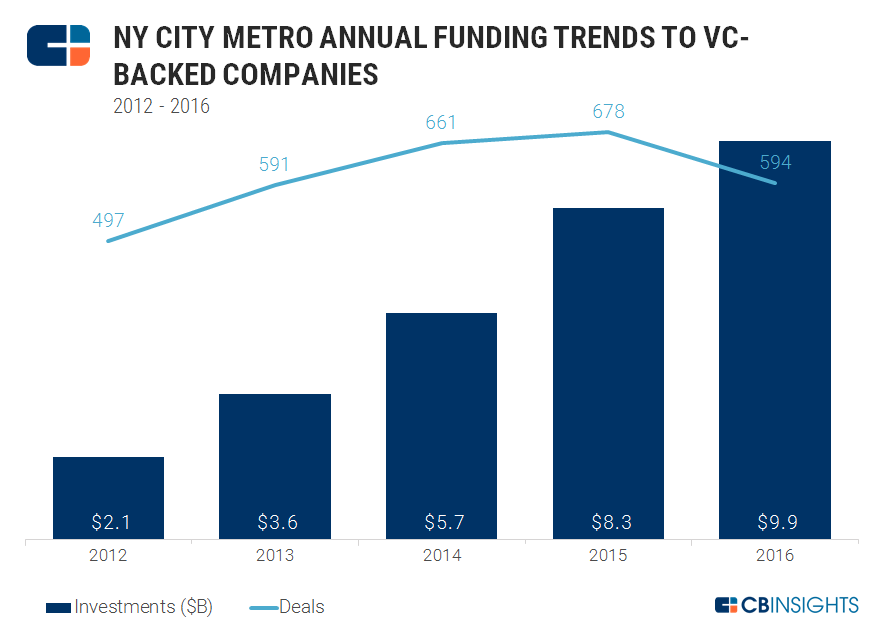 Want more startup funding and deals data? Log in to CB Insights or sign up for free below.