In buying Dollar Shave Club, Unilever became the fourth non-tech acquirer to buy a venture-backed U.S. company for $1B+ in 2016 year-to-date.

The profile of buyers in the largest venture-backed M&A exits is shifting. In July, Unilever’s acquisition of Dollar Shave Club marked the fifth billion-dollar acquisition of a U.S.-based venture capital-backed startup in 2016 year-to-date. Unilever was also the fourth non-tech acquirer to buy a venture-backed U.S. company for $1 billion or more in the year, according to CB Insights data. Since then, we’ve seen four more non-tech corporations acquire venture-backed companies for $1B+ including Walmart’s $3.3B acquisition of Jet.com in August 2016.

That’s compared to 2014 when tech giants including Facebook, Google, and Oracle made up five of the six acquirers of U.S. venture-backed companies for $1B or more. The acquired companies included WhatsApp, Nest Labs, Oculus, and Datalogix.

Since the start of 2013, there have been eleven different tech acquirers who have made a $1B+ acquisition of a venture-backed U.S. company. But while a small sample, the makeup of buyers appears to be shifting as incumbents across industries ranging from consumer packaged goods to auto to insurance buy into venture-backed companies. 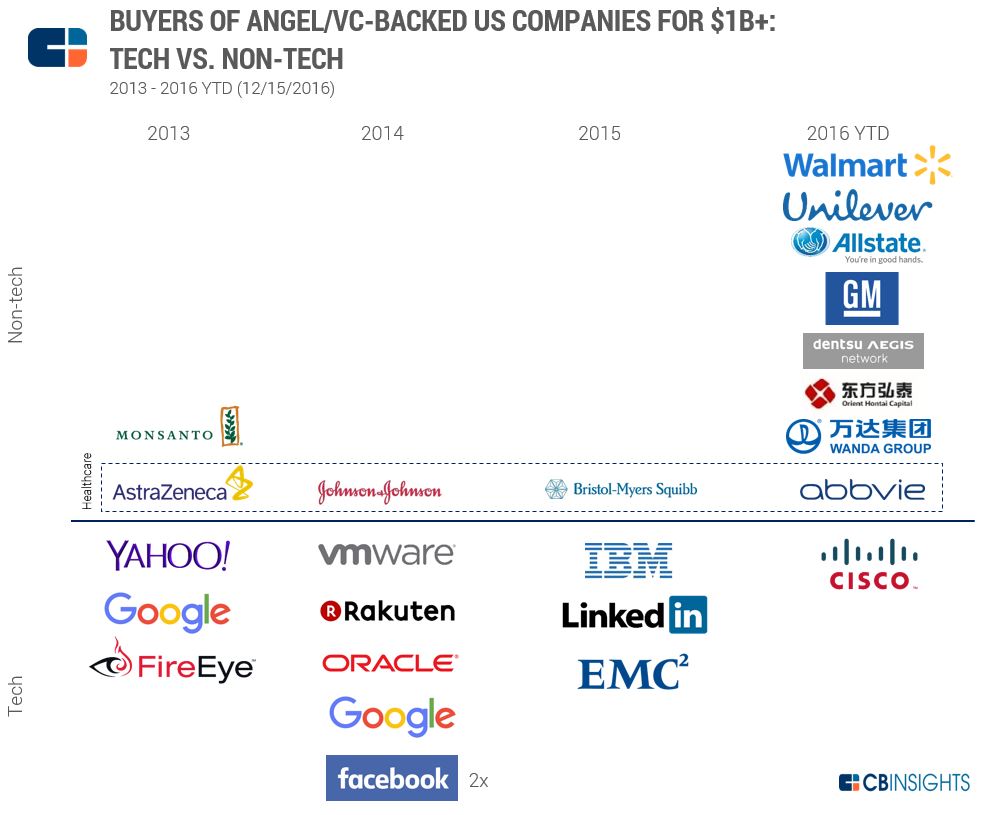 Note: Acquisitions include expected earn-outs over time at the time of acquisition.